Amid growing turmoil in Libya, the UN representative to the country said a high level of stress was affecting his health. A fragile truce in war-torn Libya continues to crumble. 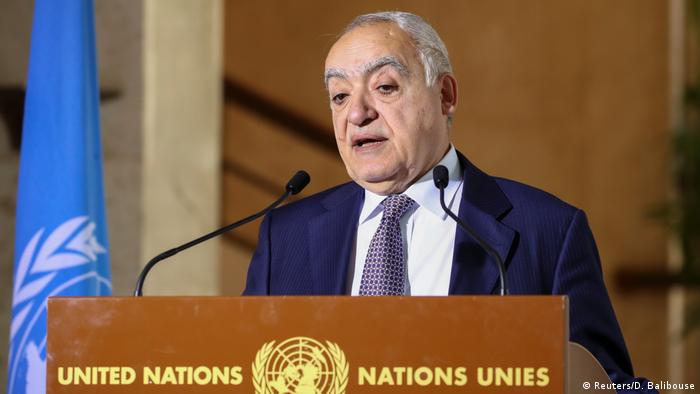 The UN envoy for Libya, Ghassan Salame, said on Monday he was stepping down due to health reasons.

His resignation comes amid an escalation in fighting in the country, and just days after he announced the near breakdown of a shaky cease-fire between the country's two rival governments.

"I tried to unite Libyans and restrain foreign interference... but for health reasons I can no longer continue with this level of stress and therefore I have asked the (UN) secretary-general to relieve me of my duties," Salame wrote on twitter.

A former Lebanese culture minister, Salame took office in July 2017. He was brought on as part of the UN effort to bring an end to years of turmoil since the 2011 overthrow of longtime dictator Moammar Gadhafi, which left Libya divided between rival governments and beset by violence

During his tenure, Salame was involved in mediating three-tiered talks between Libya's warring sides on economic, political and military matters.

"The secretary general has always had full confidence in Mr Salame's work and the great efforts he has made to bring peace to Libya... (and) will be discussing with Mr Salame the way to ensure smooth transition so as not to lose any momentum on the gains that have been made," Dujarric said.

The UN's deputy Libya envoy said the Libyan embargo has "become a joke." The German foreign minister has called for an EU mission to enforce the failing weapons ban. (16.02.2020)

Military commander Khalifa Haftar's forces have stepped up their attack on the Libyan capital Tripoli. The UN-backed government said negotiations were meaningless without "cease-fire guarantees." (18.02.2020)