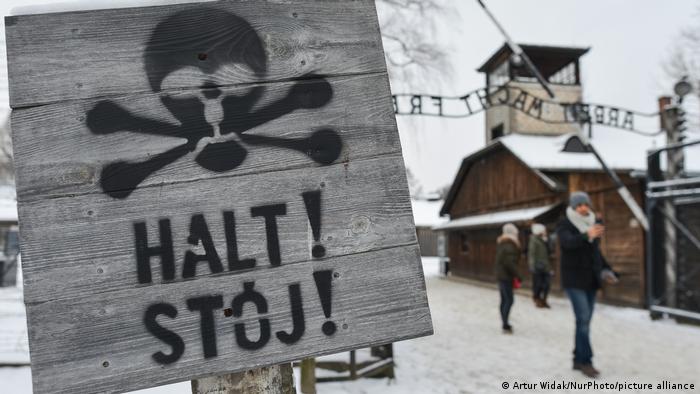 Germany 'will never forget' the genocide against Jews and other victims of the Holocaust, said the German foreign minister

The UN General Assembly on Thursday adopted a resolution rejecting and condemning any denial of the Holocaust, proposed by Israeli and German ambassadors.

The 193-member assembly agreed on the proposal without a vote — with only Iran distancing itself from the text. The assembly also urged social media companies to "take active measures" to fight antisemitism online.

"The General Assembly is sending a strong and unambiguous message against the denial or the distortion of these historical facts," said German UN Ambassador Antje Leendertse. "Ignoring historical facts increases the risk that they will be repeated."

Susanne Wasum-Rainer, the German ambassador to Israel, and Jeremy Issacharaoff, the Israeli ambassador to Germany, published a joint appeal ahead of the meeting in New York.

"This resolution is meant to be a sign of hope and inspiration for all states and societies that stand up for diversity and tolerance, strive for reconciliation and understand that remembering the Holocaust is essential to prevent such crimes from happening again," the two diplomats wrote.

The German Tagesspiegel and the Israeli Maariv newspaper published their appeal.

The two ambassadors said Holocaust denial was an attack on victims and their descendants, Jewish people and on "the basic condition of peaceful societies and peaceful coexistence worldwide."

How does the resolution define Holocaust denial?

The resolution set out a definition of Holocaust denial that includes attempts to distort the historical facts:

The call was timed to coincide with the 80th anniversary of the Wansee Conference, when Nazi leaders met at a villa on the shores of Berlin's Wannsee lake to discuss the systematic murder of up to 11 million Jews in Europe. The minutes from the 1942 meeting have been preserved to this day, making it a symbol of the genocide that was already underway at the time.

The UN resolution proposes a uniform definition of antisemitism and investment in education and awareness-raising.

German Foreign Minister Annalena Baerbock said even 80 years after the Wannsee Conference it was essential to remember how German diplomats became complicit in Nazi crimes.

"Officials from the Foreign Office who put themselves at the service of crimes and genocide by the Nazi regime are also to blame for their suffering," she said.

She commemorated the victims of the Holocaust and vowed, "We will never forget what Germany did to them."

The General Assembly designated January 27, the day the Auschwitz concentration camp was liberated, as the annual international day of commemoration honoring victims of the Holocaust, also known as International Holocaust Remembrance Day.