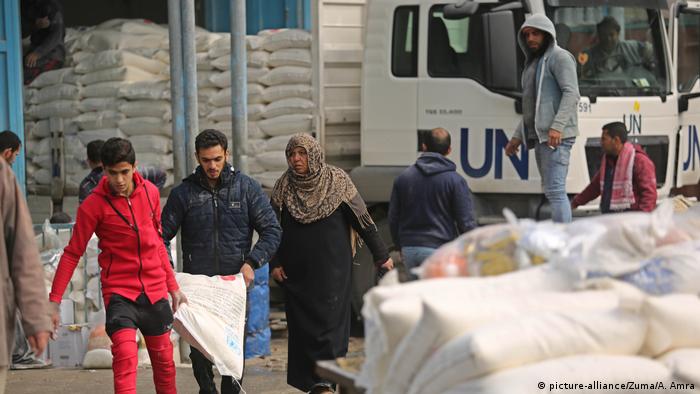 Pierre Krahenbuhl, the commissioner general of the United Nations Relief and Works Agency (UNRWA), has rejected a US call to dismantle the agency, saying it should not be singled out over stalled peace efforts in the Middle East.

"I unreservedly reject the accompanying narrative that suggests that somehow UNRWA is to blame for the continuation of the refugee-hood of Palestine refugees, of their growing numbers and their growing needs," Krahenbuhl said at a Gaza news conference on Thursday.

Speaking to the UN Security Council on Wednesday, US envoy Jason Greenblatt said the "UNRWA model has failed the Palestinian people," and that it was time to hand over the responsibility for Palestinian refugees to host countries in the region.

"We need to engage with host governments to start a conversation about planning the transition of UNRWA services to host governments, or to other international or local nongovernmental organizations, as appropriate," Greenblatt said after UNRWA's Krahenbuhl briefed the Security Council about the agency's efforts.

Read more: Germany and other donors speed up funding for Palestinians after US aid cut

Greenblatt said that the US had donated $6 billion (€5.38 billion) to UNRWA since it was established in 1949 "and yet year after year UNRWA funding fell short."

The US is the largest donor to UNRWA, providing about 30% of its budget. In 2017, Washington gave about $355 million to UNRWA, but the Trump administration slashed its contribution in 2018, providing only $60 million.

Halting all annual funding for 2019, US officials said the UN agency had run its course.

'Failure of the international community'

The 1948 war over the creation of Israel forced more than 700,000 Palestinians to flee their lands. Since then, at least a million Palestinians have taken refuge across the Middle East.

Krahenbuhl said it is unjustified to blame UNRWA for the Palestinian refugee crisis.

"The fact that UNRWA still exists today is an illustration of the failure of the parties and the international community to resolve the issue politically – and one cannot deflect the attention onto a humanitarian organization," Krahenbuhl said.

Responding to the US envoy's criticism, Krahenbuhl said that UNRWA's mandate was a matter for the entire UN General Assembly to consider, not "one or two individual member states."

"Palestinian refugees should remember that the mandate is protected by the General Assembly, and of course we will engage with member states to ensure what we hope is a safe renewal of that mandate," said the UNRWA commissioner general.

The UN agency provides health care, education and social services to Palestinians in Syria, Lebanon, Jordan, the West Bank and the Gaza Strip.

UNRWA said it will struggle to provide services to about 5 million Palestinian refugees if a more than $200 million funding gap is not filled. Germany, the Gulf Arab states and others have pledged to increase their donations, but it is unclear if it is enough to sustain all of UNRWA's services.

UN to open Palestinian schools despite US funding cuts

Even with a budget shortfall, UNRWA said it is crucial to "protect the fundamental right to education." But the UN agency charged with assisting Palestinian refugees has said they aren't "out of the woods" yet. (16.08.2018)