UN investigators have said the "Islamic State" has committed crimes against humanity with its attacks on civilians, which include regular public executions. The report also accused the Syrian government of war crimes. 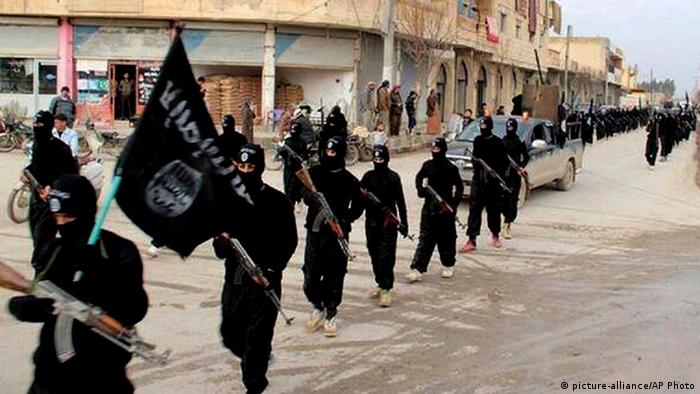 The independent United Nations commission on Syrian war crimes said in a report released Wednesday that "Islamic State" (IS, also known as ISIS) forces in the north and northeast of Syria regularly carry out public executions, amputations and mock crucifixions.

"Executions in public spaces have become a common spectacle on Fridays in al Raqqa and ISIS-controlled areas of Aleppo governorate (province)," the report said. Children have been present at the executions and bodies are placed on display for several days in order to serve as a warning to local residents.

The report said the violence has bled over the borders of Syria as Islamist fighters are also sweeping through neighboring Iraq in their bid to establish a caliphate. Their campaign of violence has also drawn more experienced and ideologically motivated foreign fighters to their ranks, the report said.

IS is also recruiting and training children as young as 10, with teenagers used in combat and suicide-bombing missions, the report said.

"ISIS poses a clear and present danger to civilians, and particularly minorities, under its control in Syria and in the region," Paulo Pinheiro, chair of the panel, said in a statement.

The jihadists sparked worldwide outrage last week when they released a video showing the beheading of US journalist James Foley.

The 45-page report, issued in Geneva, is the commission of inquiry's eighth since being set up three years ago. Evidence is based on 480 interviews and documentary evidence gathered by its team.

Deaths in custody in Syrian jails are on the rise and forensic analysis of photographs allegedly taken in government detention centers backs the UN commission's "longstanding findings of systematic torture and deaths of detainees."

The report also said the government used the chemical agent chlorine on civilian areas on eight different occasions in April.

Syria has given up its declared stockpiles of chemical weapons as part of an international deal, but chlorine, a common industrial agent, was not specified in that deal.

The four-member commission includes Brazilian diplomat and scholar Paulo Sergio Pinheiro and former UN crimes prosecutor Carla del Ponte. The members have made confidential lists of suspects whom they believe should face international justice. In the report, the investigators reiterated their call for the UN Security Council to refer violations in Syria to the International Criminal Court (ICC).

"Accountability must be part of any future settlement, if it is to result in an enduring peace. Too many lives have been lost and shattered," Pinheiro said.

Islamic State fighters have captured a major military air base in northeastern Syria. The facility was the last government-held outpost in a province otherwise dominated by the Islamist group. (25.08.2014)

The United Nations has released new figures on the death toll inflicted by the Syrian civil war. While the report includes previously unavailable information, the UN warns that the actual death toll is probably higher. (22.08.2014)