A car bomb has killed seven people in Iraq. Dozens died over the weekend in sectarian violence. Meanwhile, Germany's Chancellor has ruled out sending combat troops to stem an advancing Islamist insurgency. 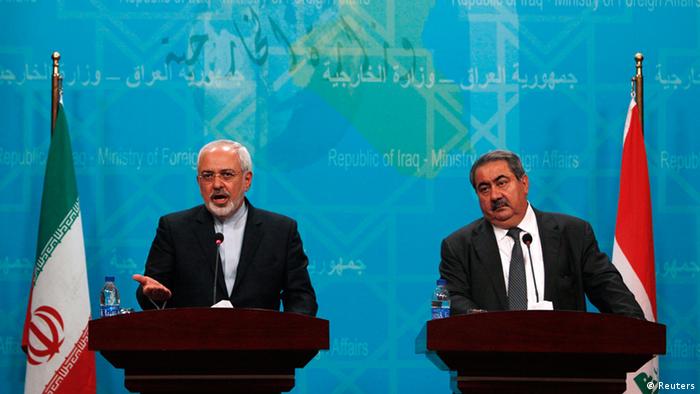 The Iraqi police said the car bomb exploded in the Shiite dominated Shuala district in northwestern Baghdad on Sunday.

On Saturday, bomb attacks in Baghdad and the northern city of Kirkuk killed at least 30 people. The bombings came a day after a deadly explosion and subsequent shooting spree at a mosque northeast of Baghdad. At least 70 people were killed in the attack.

Iraq is facing one of its deepest political crises in a decade, as the Jihadist group Islamic State (IS) continues with advances in Syria and Iraq.

Regional efforts against the IS threat

The ministers agreed on "the need to seriously work to deal with these crises and challenges to preserve security and stability in Arab countries," said the news agency.

"Abadi pointed to the presence of many dangers posed in the region as a result of the existence of the terrorist gang Islamic State which requires regional and international efforts to exterminate this terrorist organization," his office said in a statement after the talks with Zarif.

Zarif said that Tehran had no intentions of sending its soldiers to Iraq.

"We do not believe that we need to be present inside Iraq to help our Iraqi brothers. They are very capable of doing that themselves," said the Iranian foreign minister in Baghdad.

No German ground troops in Iraq

German Chancellor Angela Merkel also ruled out sending troops to support the Iraqi forces. She dismissed the possibility of arming the Kurdish PKK separatists against IS.

Merkel said in an interview with ARD television on Sunday that Berlin "will not under any circumstances send combat troops to Iraq," and has no "concrete plans" to send troops in any other capacity, such as training of the Iraqi army.

German weekly Frankfurter Allgemeine Sonntagszeitung had earlier reported that some lawmakers from Merkel's party were considering arming the PKK, which the EU classifies a terrorist outfit.

Germany has announced that it plans to supply northern Iraq with military equipment. The Iraqi Kurds are battling Islamic State (IS) fighters who have taken over a number of cities and displaced minority populations. (20.08.2014)