The Syrian government has said it's prepared to cooperate with the West in the fight against the "Islamic State." But Germany has said that it has no intention to work with Damascus. 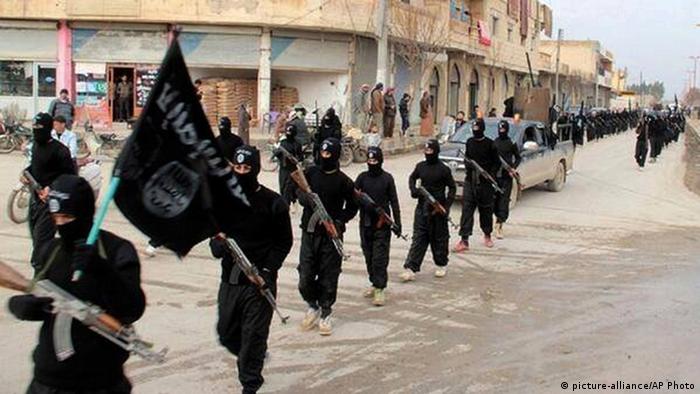 Syrian Foreign Minister Walid al-Moualem told a news conference on Monday that Damascus was willing to work with Western countries to defeat the "Islamic State" (IS), but only if they respect Syria's sovereignty and independence.

Any airstrikes launched by foreign powers against "IS" positions in Syria had to be coordinated with Damascus in advance, according to al-Moualem. Military intervention without Syrian permission would be viewed as "aggression," the foreign minister said.

When asked by a journalist whether the Syrian government was willing to work with Britain and the United States against IS militants, al-Moualem said Damascus would "welcome" their help.

Washington, which is already launching airstrikes against IS positions in Iraq, has publicly suggested that it might expand its campaign into Syria, where the militant group's main bases are located.

On Sunday, IS captured Syria's Tabqa military air base, the last government outpost in the country's northeastern province of al-Raqqa. The base was home to warplane squadrons, helicopters, tanks, artillery, and ammunition bunkers.

Western countries - in particular France, Britain and the United States - have been actively seeking to overthrow Syrian President Bashar al-Assad since a peaceful uprising in 2011 escalated into a civil war. But with the rise of IS, there has been speculation that the West might work with the Assad regime to defeat their common enemy.

Germany, for its part, has already ruled out working with the Assad regime. In response to the advance of IS, Berlin has moved to arm the Iraqi Kurds, departing from a long-held policy of not sending weapons to crisis regions.

"The regime of President Assad has committed unbelievable injustice in every form during the civil war that has been raging for three-and-a-half years. Nearly 200,000 people have died," German government spokesman Martin Schaefer told a news conference on Monday.

"To be honest it is very difficult to imagine that all this can be ignored in the name of realpolitik, that one says, now we have [IS], which is worse than Assad, so now we have to get into bed with the one that isn't quite so bad," he said.

Islamic State fighters have captured a major military air base in northeastern Syria. The facility was the last government-held outpost in a province otherwise dominated by the Islamist group. (25.08.2014)