Nuclear plant operator EDF Energy is hoping to restart a reactor it had to close because of new cracks. Experts have warned against extending the lives of old reactors, saying operators are "gambling with public safety." 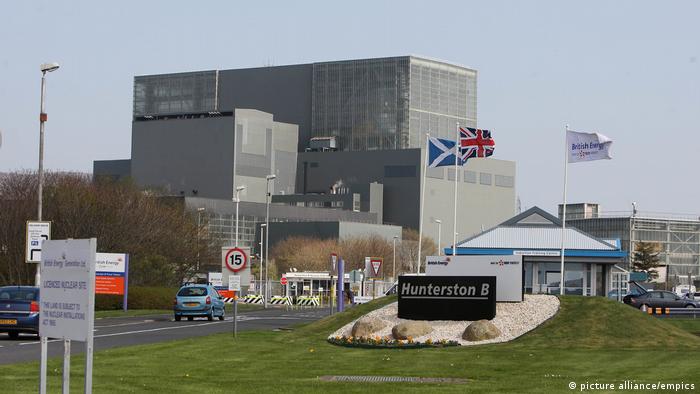 The presence of new cracks in a reactor at the Hunterston B nuclear reactor on Scotland's west coast raises important safety questions about several other aging reactors in the UK, an independent nuclear expert told DW on Sunday.

The plant's Reactor 3 was taken offline in March after Britain's Office for Nuclear Regulation (ONR) was informed about keyway root cracks in the core's graphite bricks.

Last week, operator EDF Energy said it would extend the shutdown to November to allow for additional safety checks after it discovered more new cracks. But the operator insists it will ultimately be able to restart the reactor — something it can only do with the ONR's permission. 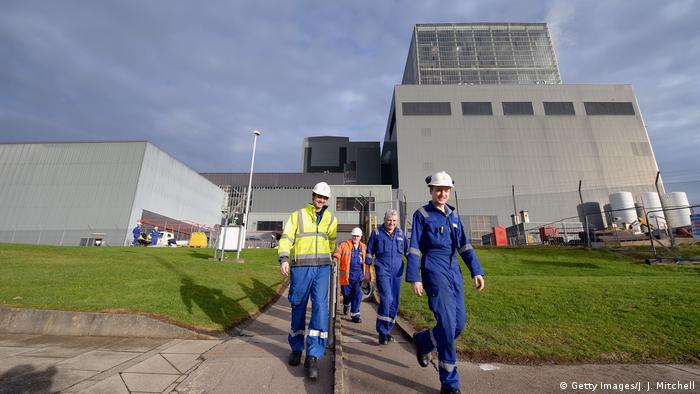 The graphite blocks in the reactor's core ensure it can be cooled and safely shutdown in a nuclear emergency. If they are weakened in any way, there's a chance an earthquake or modest tremor could trigger a nuclear meltdown and radioactive release, Large told DW.

"EDF can't do anything physically to resolve the situation. The bricks were never designed to be replaced. In fact, it's entirely inaccessible inside the reactor's core."

Hunterston's Reactor 3 has been generating power since 1976 and was due to go offline in 2025.

"While Hunterston B Reactor 3 could return to operation from the current outage, it will remain offline while the company works with the regulator to ensure that the longer term safety case reflects the findings of the recent inspections and includes the results obtained from other analysis and modelling," EDF said last week.

The reactor is one of the oldest of its kind. Hunterston Reactor 4, which is 18 months younger, is still in operation. Six other aging plants in the UK are also vulnerable, says Large.

"They all have the same aging problem," he said. "They were all built in the 70s and 80s, and that means that all of them have reached this threshold limit when the key-route cracking becomes a problem."

The Herald quoted the Scottish government as saying: "We expect ONR will exercise its duties diligently to ensure the nuclear industry controls its hazards effectively and maintains the highest nuclear safety and security standards."

In 2014, two of EDF's British plants, Heysham 1 and Hartlepool, were taken offline after a crack was found on a boiler spine. Also in Belgium, production was stopped at two nuclear reactors in 2012 after inspections found tiny cracks in core tanks.

The financial and geo-political risks attached to nuclear power are rising, but Central Europe's belief is unshakable. Tim Gosling reports from Prague. (02.05.2017)