The Chernobyl disaster in 1986 was a turning point for nuclear power in Europe, with few new plants built since. While nuclear still plays a major role in the EU, aging facilities present financial and security risks. 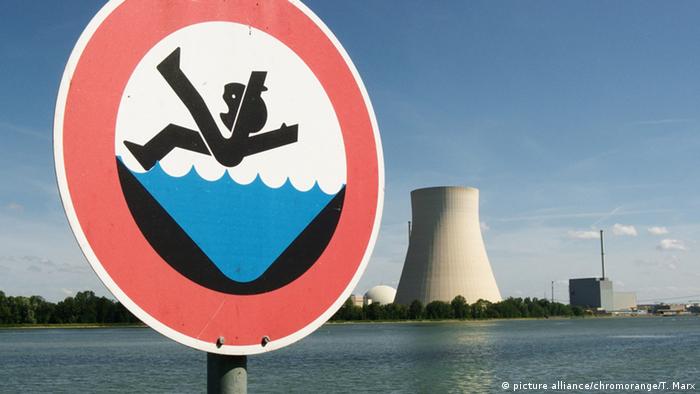 The Chernobyl nuclear disaster on April 26, 1986, was a shock for Europe - and a turning point. The accident made the consequences of nuclear power visible, and scuttled many plans for new nuclear power plants.

In the years since, reactors in Europe have become old and many European countries have come to resist nuclear power - motivated mainly by the long-term risks that underlie it.

However, about a third of all electricity in the European Union still comes from nuclear power, figures from the International Atomic Energy Agency (IAEA) show.

According to the World Nuclear Industry Status Report, in 2015 only 128 reactors are still functioning in the EU, of which almost half (58) are in France.

Two reactors under construction by the French nuclear company Areva in France and in Finland - started in 2005 and 2007 - will not be finished before 2018, years after they should already have gone online.

According to current estimates, these plants have already cost three times more than planned - about 9 billion euros ($10 billion) per plant. 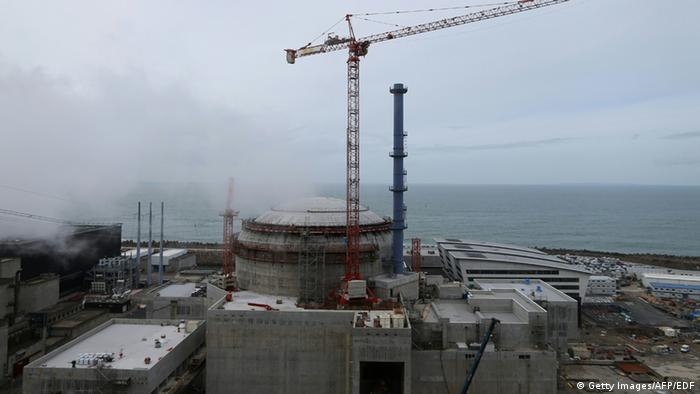 The French nuclear industry has not been able to sell a single new nuclear power plant for eight years. If EDF does not acquire Areva as planned, the company will likely face bankruptcy.

The European Commission has calculated costs for nuclear decommissioning and management of radioactive waste at 268 billion euros by 2050. A study from European Parliament Greens put that figure at 485 billion euros.

According to the EU, electric companies will only finance 150 billion euros of these costs.

By 2030, capacity expansions to existing nuclear facilities are planned or proposed in Bulgaria, the Czech Republic, Finland, France, Hungary, Lithuania, Poland and the United Kingdom - according to the World Nuclear Association, a pro-nuclear group. 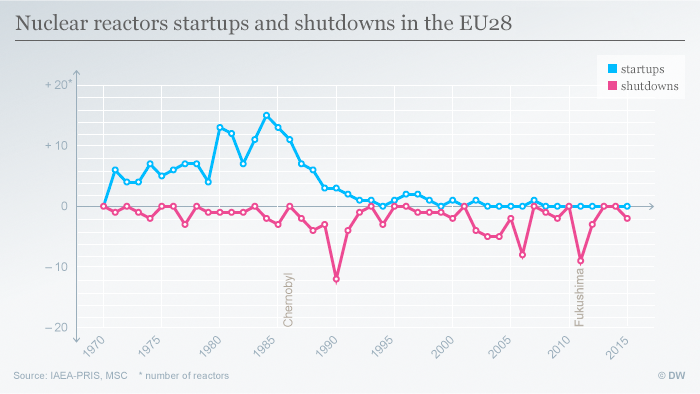 But in order to use old reactors safely, their infrastructure needs to be upgraded, said Frank Peter from the Berlin office of the Switzerland-based economic consultancy Prognos. Existing reactors in Europe are on average around 30 years old, and their original operational life time was planned to run 30 to 35 years.

Peter believes upgrading old reactors is not financially viable. "For the old power plants to produce electricity at a same level of safety as new ones, each power plant would need an investment of 3 to 4 billion euros," Peter told DW.

Due to financial pressures, one reactor in Switzerland and four in Sweden will go offline before 2020 - much earlier than planned, nuclear energy expert Mycle Schneider explained.

The 128 nuclear power reactors operating in 14 of the 28 EU member states account for more than a quarter of the electricity generated in the whole of the EU, according to the World Nuclear Association.

The group says numerous power reactors across Europe have increased their generating capacity, in countries such as Belgium, Sweden and Germany. 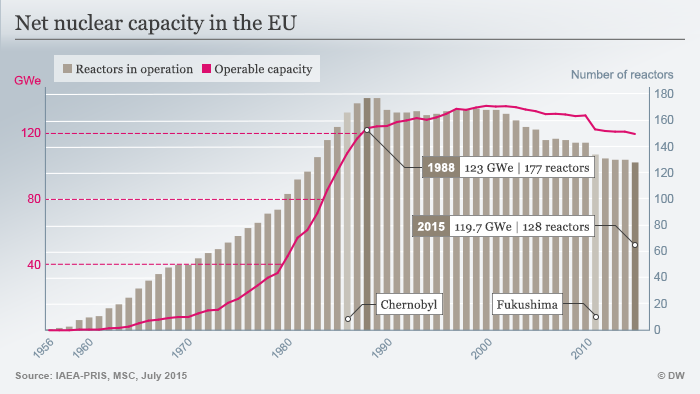 The capacity of Switzerland's five reactors has increased more than 13 percent; Spain is planning to boost its nuclear capacity up to 13 percent; and Finland has boosted capacity of its Olkiluoto plant 29 percent since the 1980s, the association said.

However, the IAEA indicates that net nuclear capacity in the EU has been decreasing since 2000.

Laws are also restricting nuclear power generation, by trying to work more renewables into the energy mix. In France, for instance - where nuclear power covers three-quarters of the country's electricity demand - a law adopted in autumn 2015 aims to reduce this to 50 percent by 2025.

Adding to the controversy around new nuclear plants, citizens and politicians are voicing more concerns over the potential risks of old reactors. Existing European nuclear plants have been having more close calls, and could be targeted by terrorist attacks. 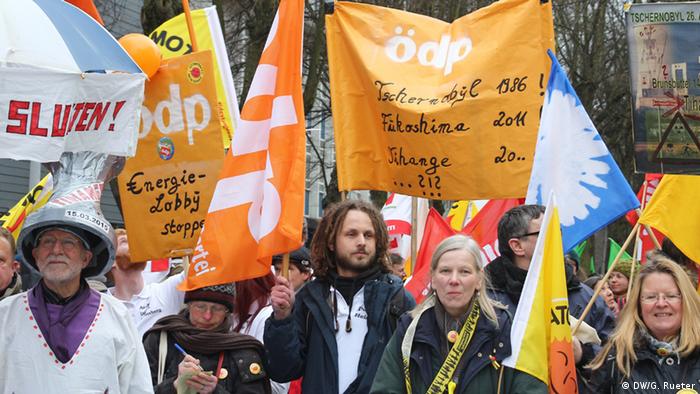 According to a recent Greenpeace survey, 85 percent of Germans over 45 years old believe a disaster similar to Chernobyl could take place in Europe. "People are really aware of the great hazard presented by ramshackle nuclear plants in Germany and neighboring countries," said Tobias Münchmeyer from Greenpeace.

The major challenges facing nuclear power within the European Union will probably result in a future decrease from current capacity, the World Nuclear Association concludes in its report.

Three decades after the Chernobyl disaster, Germany is preparing to go nuclear-free. Industry plans to dismantle and dispose of radioactive waste. But some green campaigners say it's safer to leave reactor sites in situ. (26.04.2016)

Biologist Timothy Mousseau has spent years collecting mutant bugs, birds and mice around Chernobyl and Fukushima. In a DW interview, he shares some surprising insights into the effects of nuclear accidents on wildlife. (26.04.2016)

A new sarcophagus for Chernobyl

Three decades years after the world's worst nuclear accident, a new protective covering is being completed. The massively expensive hull is due to be slid into place late in 2016. (26.04.2016)