Russia's invasion of its neighbor and the sanctions that followed have meant spiraling energy costs across the EU. Inflation in Germany is at its highest since reunification in 1990. 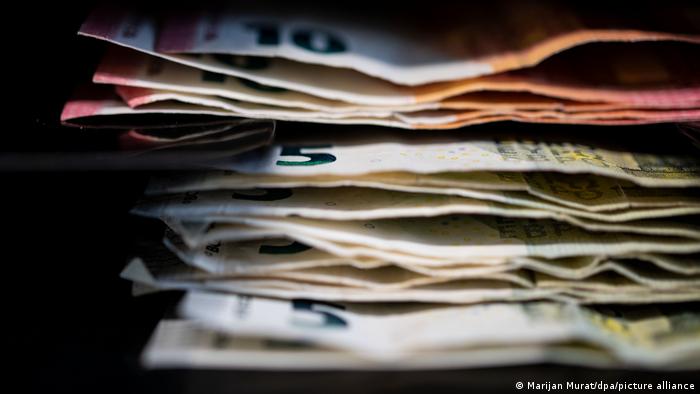 Soaring energy costs sparked by the war in Ukraine have caused a surge in consumer prices within the eurozone, the EU's statistics agency said on Friday.

Energy prices increased 44.7% in March, up from 32% in February, according to the agency, as the European Union found itself embroiled in an oil-and-gas crunch caused by tensions with Russia following the invasion of Ukraine.

The rise in inflation is increasing pressure on the European Central Bank (ECB) to raise its key interest rate. ECB President Christine Lagarde warned Wednesday that a prolonged Ukraine conflict will mean the cost of living will continue to soar, hampering hopes of a post-COVID recovery.

On Wednesday, inflation in Germany hit 7.3%, its highest since reunification in 1990.

Just hours before the inflation figure was released, Economy Minister Robert Habeck called on firms and individuals to try to reduce their energy consumption as much as possible as Germany tries to wean itself off dependence on Russian gas. Germany has urged companies and individuals to consume energy sparingly

Pre-pandemic inflation level 'unlikely to return in years to come'

On Friday, Germany's largest banking institution said rising inflation could be hard to stem because of an energy price shock sparked by sanctions that are exacerbating supply chain problems.

"The rhino in the room has been unleashed and may now prove difficult to stop," Deutsche Bank Chief Investment Officer Christian Nolting said in a research note, adding that consumer price rises in the United States had breached 7%.

"Longer-term issues such as the shrinking workforce and the growing share of GDP generated by labor-intensive services are likely to remain," Nolting said, "and inflation is therefore unlikely to return to its pre-pandemic level in the years to come."

"In the developed economies, already elevated inflation rates may now be driven even higher, given the conflict-induced oil and gas price shock," he said. "Sanctions, as well as businesses' halting their operations in Russia, are exacerbating supply chain problems."

Nolting said economic growth in the United States would outstrip that of the eurozone in 2022 and 2023 because of the conflict in Ukraine and the European Union's dependence on energy imports.