Ukraine-Russia war: Uncertainty and anger remains for Lviv residents | Europe | News and current affairs from around the continent | DW | 05.03.2022

More than a week after Russia's attack, people in the western Ukrainian city of Lviv are feeling anger and anxiety amid the war. Residents are racing to evacuate strangers and loved ones — and preparing to fight. 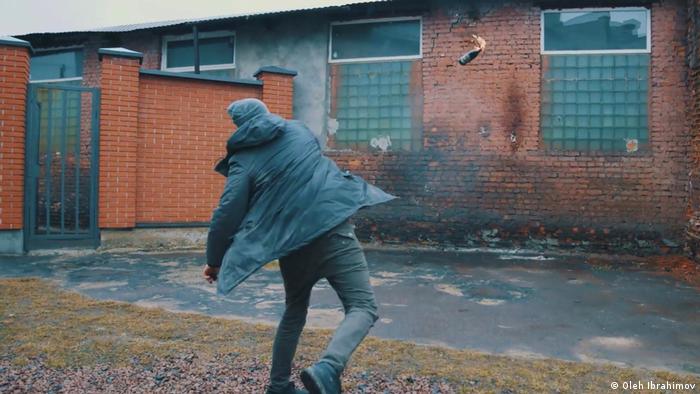 Igor* is in many ways a modern-day Renaissance man — an IT specialist, university lecturer, former paramedic and even pastor. But amid war in Ukraine, he has been confronted with another role like so many others in his country: a civilian bracing for attacks from Russia.

When DW first spoke with Igor in a phone call, three days after the initial attack on Ukraine, he said he was within 10 kilometers (6 miles) of the Polish border, dropping his daughter off at a house to keep her safe. But the 52-year-old soon returned to Lviv to see how he could contribute to resisting Russian troops, fueled by both anger and "determination" despite Moscow's military might 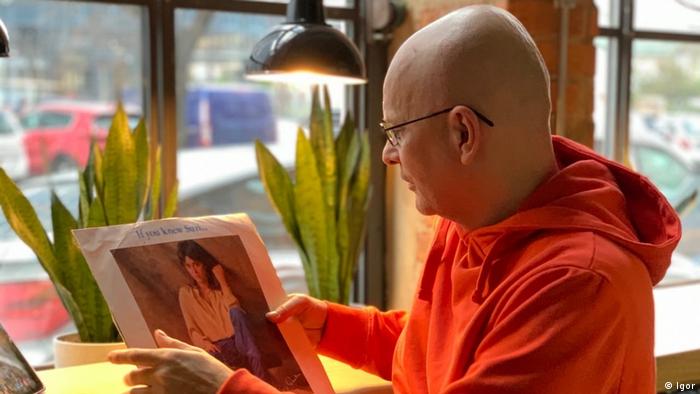 Better days before war: Igor looks at an album by singer Suzi Quatro at a cafe in Lviv, back in November

Lviv has been relatively spared when compared to the onslaught in Kharkiv, Kyiv and other cities. Many fleeing the Russian offensive have converged on the cultural hub to seek safety, while others take a brief rest before carrying on further west toward Poland for refuge.

But many of the city's residents, like Igor, are worried that Russia may still attack the city and refuse to be complacent.

Russia 'thought it was going to be easy'

President Volodymyr Zelenskyy's defiant stand and the resistance of other everyday Ukrainians have invigorated the population, including in Lviv. So many queued to volunteer for the Territorial Defense Forces, or military reserve, that the unit had to turn people away.

DW confirmed the recruitment process was halted for several days, but that a new unit has formed to continue the military reserve's efforts.

Igor, who briefly served in the military before the dissolution of the Soviet Union, said Russian soldiers were not prepared for the scale of the Ukrainian opposition. "They thought it was going to be easy — just like taking Crimea. They thought they were going to go for a walk in Ukraine and have a coffee in the center of Kyiv," he said. "They got beaten up and I think it's a shock for them.

"We are thankful for the help that we got because, seriously, without the lethal weapons we got from the West. I don't know if we would prevail."

Andrew*, a 31-year-old who also lives in Lviv, was initially turned away from the Territorial Defense Forces due to the high turnout, he told DW by phone. The digital design consultant had just finished gathering a team for his startup, but that came to a halt when Russia attacked on February 24. He said he then gathered with members of the community to make so-called Molotov cocktails en masse and to construct barricades that may be used to help fortify the city.

The Lviv resident said he is also hosting the loved ones of both strangers and friends who are fleeing toward Poland. One friend, Yaroslav, amid the Russian troops' advance on the Ukrainian capital, sent his girlfriend from Kyiv to Lviv, a stopover before she can continue her journey toward Poland.

"He treated her very well, gave them food and clothes — so that she has everything," said Yaroslav in a voice message. "She feels safer but not safe enough."

Yaroslav's girlfriend has since reached Poland, he added.

Andrew said he and other residents are continuing to find ways to support Lviv's potential defense and the need to help get refugees to safety in neighboring countries.

"There is war but we don't feel it here like everyone else does because here we are safe, for now." 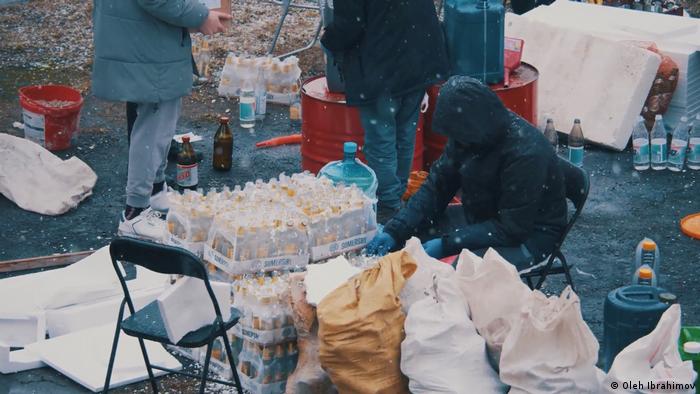 Message to the West: 'Help us'

Six days after the first conversation with Igor, uncertainty and fear has grown — but the determination of the city, he said, has not faltered.

He insisted again, like the week before, that it is critical that Western countries take further action in their support for Ukraine as the war continues.

"This is a huge tragedy for humanity and the world failed to stop it. We are determined, but we desperately need to have our skies over big cities closed," he said, echoing Zelesnkyy's call on NATO to "close the skies," an apparent request for a no-fly zone.

Some experts, however, have cautioned against this.

Egon Ramms, a retired German general and former NATO commander, told DW that an implementation of a no-fly zone by the alliance over Ukrainian territory would be considered "participation in the war and that would lead to, possibly, direct confrontation with Russia." On Friday, NATO Secretary-General Jens Stoltenberg said the alliance's members had agreed there should not be NATO planes in Ukrainian airspace or NATO troops on Ukrainian soil, thus rejecting Kyiv's call for a no-fly zone.

But Igor is tired of talk, and said Ukraine needs more military support.

"It's very sad but we have a joke: That Europe and America will soon run out of buildings to put yellow and blue lights on — the colors of our flag. Is that really what you can do? Is that all?

"Help us. Not just with symbolic things. Help us for real."

*Editor's note: DW has not published the surnames of Igor and Andrew due to concerns for their safety

Imposing no-fly zone over Ukraine would be 'participation in the war': General Egon Ramms

'Fighting intensifying across the country'