The UK has said it considers China's move to change the Hong Kong electoral system a major breach of the 1985 handover agreement. 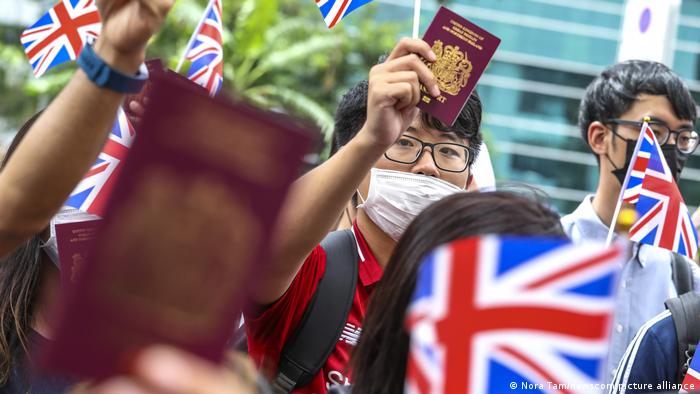 The UK said Saturday it considers "Beijing to be in a state of ongoing non-compliance with the Sino-British Joint Declaration" over changes to Hong Kong's electoral system announced this week.

"This is part of a pattern designed to harass and stifle all voices critical of China's policies and is the third breach of the Joint Declaration in less than nine months," the statement went on.

It said China's ongoing non-compliance was "a demonstration of the growing gulf between Beijing’s promises and its actions."

China's rubber-stamp parliament, the National People's Congress, on Thursday unanimously endorsed a new measure for Hong Kong that will give a pro-Beijing committee the power to appoint lawmakers in the semi-autonomous Chinese territory.

Part of the new election measures will be appointing a vetting committee to ensure Hong Kong's public officials are "patriots" who are loyal to the Chinese Communist Party (CCP).

An increased number of pro-Beijing officials would weaken the power of the opposition to influence the city's leadership.

The move is seen as another crackdown on the pro-democracy movement and an erosion of the autonomy guaranteed to Hong Kong when the UK handed it back to China in 1997.

Why is China cracking down on Hong Kong?

Since Hong Kong's massive pro-democracy movement took hold in summer 2019, Beijing has responded by increasingly cracking down on civil liberties enjoyed under the "One Country Two Systems" model.

The model meant China would allow the freedoms enshrined in the UK handover agreement, and Hong Kong would be recognized as being under Beijing's sovereignty.

In 2020, Beijing imposed a national security law, which outlaws broadly defined acts of "sedition, subversion and collusion with foreign powers." Many leading pro-democracy figures have already been jailed under the law.

What is the Sino-British joint declaration?

In 1985, China and the UK agreed that Hong Kong would return to Chinese sovereignty in 1997 under certain conditions, and for the territory to "enjoy a high degree of autonomy."

One of the points in the declaration is the preservation of "the social and economic system in Hong Kong," which was to "remain unchanged" after China took over.

Hong Kong "will be vested with executive, legislative and independent judicial power," and the laws in force before the handover "will remain basically unchanged."

Kenneth Chan, a political scientist at Hong Kong Baptist University, told DW last week that, when the UK handed Hong Kong back to China, the agreement was achieved on the understanding that the city would progress toward democracy.

"Without that consensus, the first handover probably wouldn't have happened," he said.

"To many Hong Kongers, democracy safeguards some of the core values that we have long cherished," Chan added. "That's why we have the One Country, Two Systems model."