The fishing industry is a key issue in the debate over Brexit. But how did an industry that makes up only 0.1% of the UK economy become such a big deal? 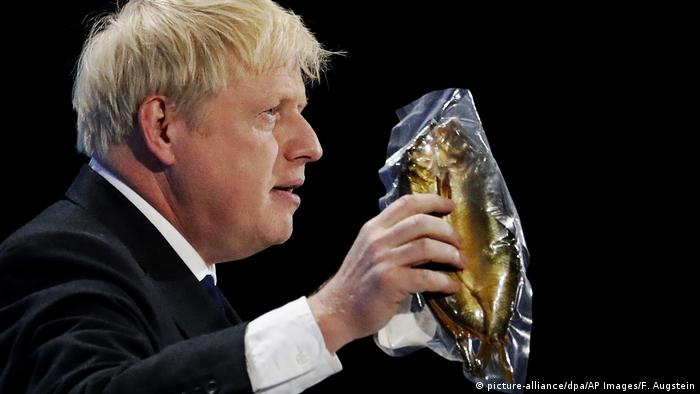 Theresa May talked a lot about two things before her ill-fated tenure as the UK prime minister came to an end earlier this year: the Northern Ireland backstop and fishing quotas.

The fishing industry remains a potent symbol of many Brits' ire with the EU. The new prime minister, Boris Johnson, was soon after May's departure seen waving kippers at a Conservative Party conference in September, and Brexit Party leader Nigel Farage talks endlessly of saving the British fishing industry, telling beleaguered local fishing communities the UK will "reassert" control over its waters by exiting the Common Fisheries Policy (CFP).

Quotas would go, he promises, access regained and Albion unchained would once again rule the waves, despite the fact the Remain-voting Scotland makes up 53% of the entire UK industry.

The Brexit party and the Fishing for Leave organization say EU boats will be excluded immediately from British waters and British boats will be able to fish whatever and wherever they want to fish.

But a more complex picture of European fishing has always been not far below this romantic surface and any changes to the CFP might not actually benefit UK fishermen.

The UK's fishing and fish processing industries employ 24,000 people and contribute 1.4 billion pounds (€1.6 billion, $1.8 billion) to the UK economy, according to a House of Commons research library briefing. That is a mere 0.12% of GDP involving under 0.1% of the UK's 33-million national workforce.

The majority of fish eaten in the UK is imported. Some 83% of the cod consumed in the UK comes from abroad, alongside 58% of its haddock. The UK catch is 5% cod and 7% haddock, while the UK fleet catches a lot of herring, 93% of which is exported, mostly to Norway and the Netherlands.

Overall, the UK imports 70% of the fish it eats and exports 80% of what it catches. Under the CFP, the UK has most of the quotas for haddock and decent quotas for cod.

Fish rot from the head down

A crucial myth Brexiteers have exploited is of a single British fishing industry, which would benefit en masse from reclaiming the seas. But in reality there are competing interests: deep-sea versus inshore fishing; industrial versus family-scale boats; fishers versus processors.

The CFP, first established in 1983, fixed quotas based on historic fishing rights. French fishermen now fear Brexit will exclude them from "British" waters, where they have fished for centuries, as have fishers from Ireland, Belgium, Denmark, the Netherlands and Germany. The UK post-Brexit will be obliged by the UN law of the sea to negotiate conservation and access deals with its neighbors.

Another source of resentment has been so-called quota hoppers, foreign-owned ship owners using British registration to use UK waters to fish.

Four of the biggest UK quota holders have even formed their own "in-house" producer organization, allowing private companies to directly hold and trade quota domestically and internationally.

At the end of 2018, the European Commission started proceedings against London over its management of producer organizations, but that is on hold pending the Brexit outcome. 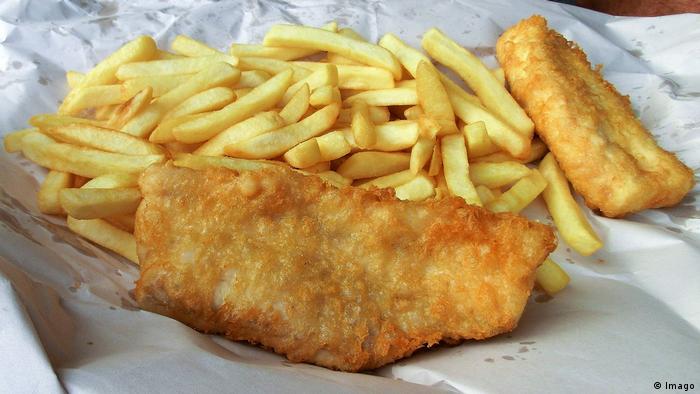 Cutting off your nose to spite your face

The UK fishing industry depends to a large extent on shellfish, lobsters, crabs and langostines, which are quota-free or overwhelmingly allocated to the UK. Furthermore, over 80% is sold mostly to Spain and France and the trade has grown large due to the border-free EU single market.

British shellfish sales to the EU (mostly France and Spain) are worth 430 million pounds a year — more than a quarter of all UK fish exports by value.

Added to all this, there is no guarantee the UK will win new quota in the Brexit negotiations. Other EU member states will fight to retain their access to UK waters. Should the quota dividend not be won by London, Brexit will then have very little to offer its angry fishermen.

Large parts of the world's waters are overfished and the EU Parliament wants to change that with new quotas for specific types of fish. On Wednesday (06.02.2013), it voted to curb overfishing. (07.02.2013)