′Fishing the last fish′: Is the EU doing enough to protect fisheries? | Environment | All topics from climate change to conservation | DW | 22.02.2018

'Fishing the last fish': Is the EU doing enough to protect fisheries? 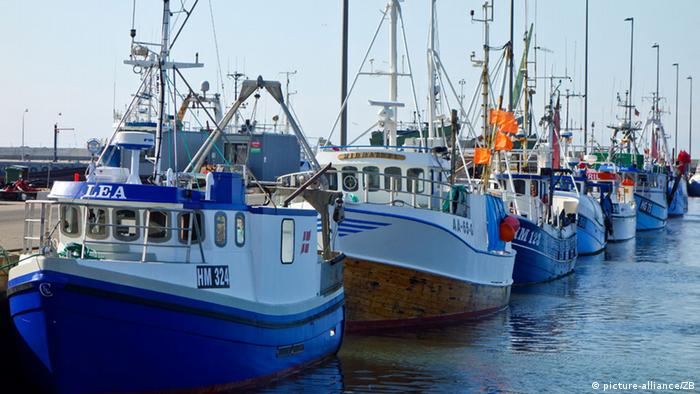 British fish-and-chip lovers had cause to celebrate last year, when North Sea cod stocks bounced back enough to be labeled sustainable. Yet as a whole, Europe's fisheries are far from healthy — and experts say the European Union isn't upholding its duty to protect them.

"Typically our politicians, who are not experts at all, listen to the fishers and the fishing lobby," says Rainer Froese from the GEOMAR Helmholtz Center for Ocean Research in the north German city of Kiel.

Froese is one of the scientists tasked with advising EU lawmakers on what constitutes a sustainable level of fishing when quotas are set each year. He says that while stocks like North Sea cod have shown signs of recovery, many more are still severely overfished. 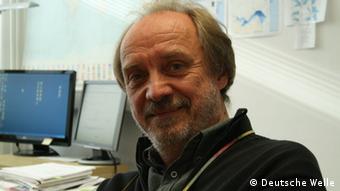 In 2016 Froese published a study showing that 85 percent of EU stocks were in poor health. Just 12 percent met the commitments of the Common Fisheries Policy (CFP), a set of rules for managing European fish stocks.

He says we have to allow populations to recover to ensure the industry's future.

His study concludes that if the EU followed scientific advice on sustainable fishing, European stocks would triple in size.

The CFP was reformed in 2014, with the aim of making all fisheries sustainable through regulations based on scientific evidence. The reform also made it a legal requirement that no fish stocks fall below healthy levels from 2020 on.

In December, EU fisheries ministers met in Brussels and agreed to cap quotas at sustainable levels for 53 fish stocks.

"Two-thirds of fish in the Atlantic and the North Sea will be subject to sustainable catch limits [in 2018]," EU Commissioner of Fisheries and Maritime Affairs Karmenu Vella said at the conclusion of the talks.

But campaign group Our Fish said the agreement showed "an unsurprising lack of ambition" from the lawmakers, who they accused of failing short of their legal, scientific and moral obligations.

"It's extremely frustrating to watch the process, when the law is quite clear about what should be done," Our Fish program director Rebecca Hubbard said.

The industry argues it is doing its bit to turn things around, and that cutting quotas too fast would jeopardize tens of thousands of jobs.

"The reformed Common Fisheries Policy really aims to take the politics out of the process. That gives the fisheries ministers the ability to step out of their local issues that they get stuck in," she said. 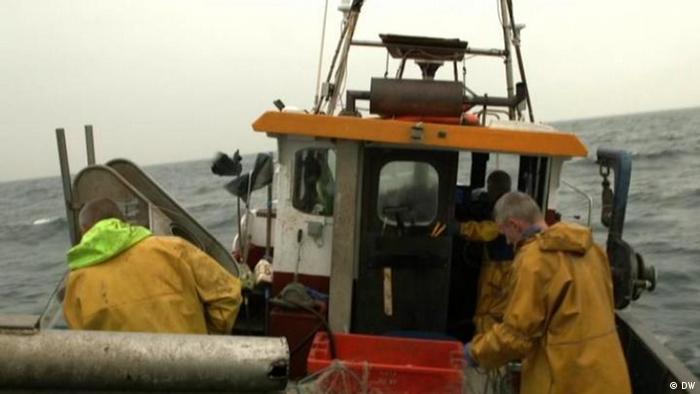 "But we're seeing particular industry players who benefit from this situation in the short term, who have unfair access to large amounts of quota, saying they need more. And this is driving an increase in the total fishing limits that are being set."

Larger companies have been known to engage in so-called quota-hopping — securing the right to catch parts of another country’s national quota in European waters by buying licenses from that nation's fishermen.

This, argue campaigners, penalizes smaller, sustainable fishers which could be denied quotas as a result.

Froese welcomes the increase in the number of stocks that should now be fished responsibly. But he warns against too much optimism, too soon.

He and his research colleagues are worried that any recovery — like that seen in North Sea cod — could be quickly beaten back.

"In the past, as soon as there was a sign of a stock coming back, we have hit it hard with much too high fishing," he said.

It is unclear what effect Brexit might have on EU fisheries' sustainability goals. But Hubbard from Our Fish hopes the UK might use this as an opportunity to push the rest of the EU in the right direction.

"The UK has made some very strong commitments to ending overfishing and achieving healthy seas, so Brexit doesn't inherently make reaching the CFP goal of 2020 more difficult," she says.

"It could actually offer the UK an opportunity to really demonstrate its commitment to sustainable fisheries management, and help ensure that other EU member state governments lift their game on implementing the CFP."

The European Commission has called for a total ban on driftnet fishing in EU waters from 2015 to better enforce protection for dolphins, swordfish and tuna. It says some boats are still exploiting 2002 loopholes. (14.05.2014)

Fish have feelings too