′Overfishing is a problem across the EU′ | Environment | All topics from climate change to conservation | DW | 24.10.2013

'Overfishing is a problem across the EU'

The European Parliament has voted against new subsidies for the fishing industry, opting to deliver funds to conservation research and the protection of fish stocks instead. Nina Wolf from OCEAN2012 is happy at the news. 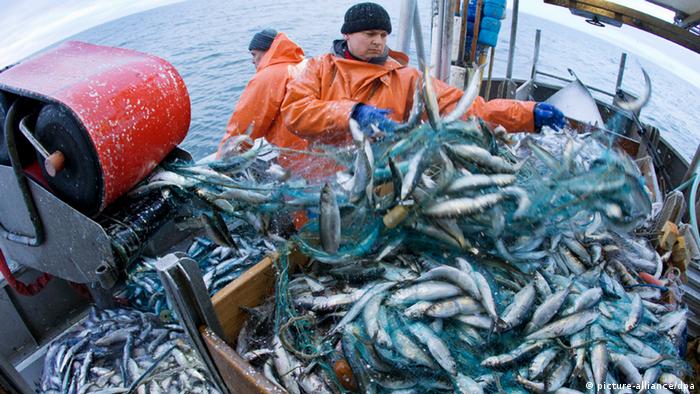 The vote follows months of debate about a 6.5 billion euro fund which was earmarked for the EU's Common Fisheries Policy (CFP), an agreement which regulates how Europe's waters are fished. While scientists and conservationists argued for curbing Europe's fishing fleet size, coastal communities reliant on fishing say the new decision will financially ruin them. DW spoke to Nina Wolf, an organizer of OCEAN2012, for more information on the decision.

DW: The OCEAN2012 coalition, a group working to stop destructive fishing practices in the EU, is hopeful that the new measures will help tackle the problem of overfishing in European waters. What exactly does overfishing mean?

Nina Wolf: Overfishing means that we use the living resources of the sea in an excessive way. It means that we take more fish out of the ocean than populations of fish can actually reproduce. In principle, fish populations reproduce and maintain or increase in size naturally. Moderate fishing even stimulates this natural reproduction. However, when we catch too much of a fish population, its size will decrease, to the point that, in a worst case scenario, the fish stock collapses and is no longer able to sustain itself.

We are speaking about future impacts of overfishing, but are we already seeing this problem in some European marine areas? 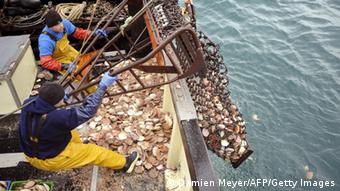 Bycatch, where unwanted fish are killed by sprawling nets, is an often forgotten aspect of overfishing

How can we expect the 6.5 billion euro fund will now be used?

The funds will be used for measures contributing to restoring fish stocks. This means it will be used for data collection to gain better knowledge of our fish stocks, or for the control of fishing activities. However, the European Parliament also voted in favour of subsidies for fishing boat engine replacements, and other measures that are known to facilitate overfishing.

That sounds like a measure to ‘throw a fishbone' to the fishing industry so that they are not completely alienated in these talks.

In some areas, fishing vessels are going to be decommissioned, which means fishers will be asked to stop fishing until fish stocks recover. What will that mean for fishing communities?

This means that fishing communities, during certain periods have to stop fishing until stocks have recovered. This is a biological necessity. The fund also provides means to help these communities throughout this period. In some regions in Europe, fishers will have to stop fishing for a while, but this is absolutely in their interests because if they don't contribute by fishing less to allow the fish stocks to recover, there won't be a basis for their fishing activity in the future.

Nina Wolf coordinates the OCEAN2012 coalition in Germany, a group that works to stop overfishing and end destructive fishing practices in the EU.

The harbor porpoise in the Baltic Sea is facing possible extinction due to the effects of fishing. Conservationists are trying to put pressure on politicians to enforce maritime protected zones currently up for review. (23.10.2013)

Using data to make fishing sustainable in the Mediterranean 09.11.2021