UK: Fears of resurgent terrorism as COVID-19 lockdown ends | Europe | News and current affairs from around the continent | DW | 12.07.2020

The United Kingdom might witness a rebounding of terrorist violence as coronavirus containment measures taper off, experts warn. Far-right groups are seeking to exploit the conspiracy narratives linked to COVID-19. 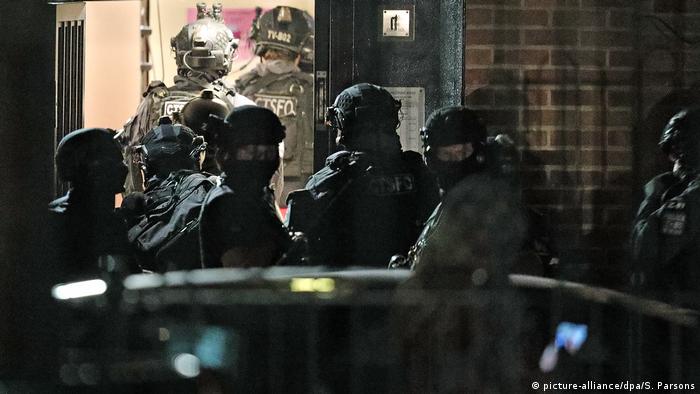 On June 20, as Brits basked in the mid-summer sunshine, terror struck with little warning. Armed with a knife, 25-year-old Khairi Saadallah walked into a park in Reading and stabbed to death three friendsin a frenzied, indiscriminate attack, prosecutors allege.

It was — in the words of Neil Basu, head of UK counter-terror policing — the "re-emergence" of one disease, extremism, as another, COVID-19, recedes.

He is not alone in his concern. Deprived of social stimulation during lockdown, experts worry that idled, vulnerable minds with unrestricted internet access might've been easy prey for online radical groups or individuals.

"Isolation may exacerbate grievances that make people more vulnerable to radicalization — such as social alienation," said Chief Superintendent Nik Adams, a senior counter-extremism police officer. "The extremists know this and, as ever, will look to exploit any opportunity to lead those people into harm, often using topical issues as hooks to lure them in."

These fears are compounded by the faltering of Britain's foremost anti-terrorism strategy, "Prevent." Designed to forestall extremist violence by presenting would-be attackers with a peaceful counter-narrative, the program is designed to be delivered locally by teachers, healthcare practitioners, social workers, and religious leaders.

With the sudden closure of schools, public services, and places of worship as COVID-19 fears deepened, a striking drop in referrals to "Prevent" — some 50% — was recorded in the first month of Britain's lockdown.

In a more direct way, too, the pandemic has proved fertile ground for radical propagandists bent on spreading hate. Islamic fundamentalists, for instance, are known to have used social media to characterize coronavirus as God's wrath against the West, and called for adherents to launch attacks while governments are preoccupied with the public health emergency. 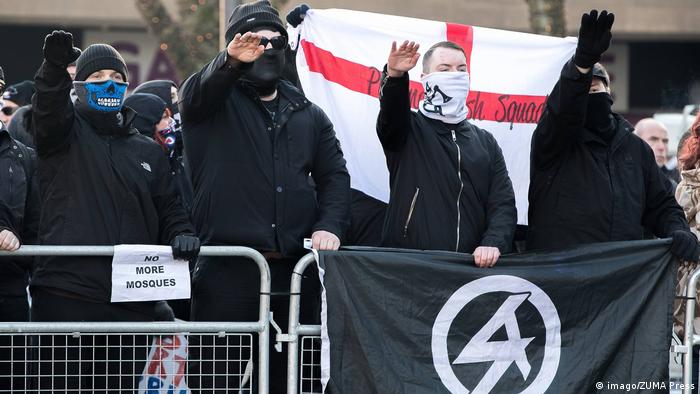 And then there is the specter of right-wing terror. Mirroring a trend seen across Europe, Britain's far-right threat is growing at alarming pace. Official figures released earlier this year revealed that around a quarter of individuals referred to de-radicalization services had ties to right-wing ideology — 10% greater than those with Islamist leanings.

Indeed, more so than other extremist outfits, right-wing groups have seized the COVID-19 crisis to propagate their malign message, experts say.

"The far-right especially have done an excellent job of taking advantage of the various conspiracy theories that have been flying around and of the racist sentiments that have come with coronavirus," said Dr Jessica White, a terrorism analyst at the Royal United Services Institute think tank.

"They've been using those and fitting them into the historical tropes that they already have... and this has crept further into the mainstream [of the far-right] because there's so much coverage of the COVID-19 crisis," she added.

This sort of coronavirus-linked right-wing propaganda has taken many shapes, authorities say — from spurious claims that the infection is spread fastest by ethnic groups, to theories around Chinese involvement in the virus's creation. 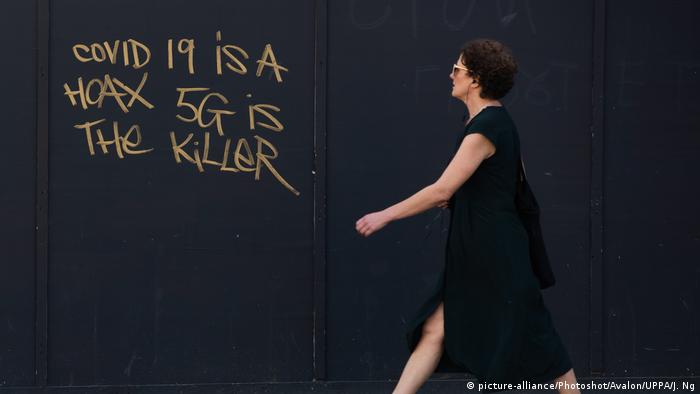 Conspiracy theories have been seized upon by radical groups

Individuals caught in a cycle of unemployment and lack of prospects are often more susceptible to this sort of disinformation, analysts argue, raising concerns that a post-pandemic economic downturn could also heighten the radicalization risk.

"There's certainly an argument to be made that poverty and deprivation feed into radicalization and the tools that recruiters would use to capture some of the people that they're trying to get their message to," said White.

More vulnerable than ever

In a very practical sense, too, Brits emerging from lockdown might face an elevated terror threat. Recent years have seen a surge in so-called "vehicle-ramming attacks" (both in the UK, and abroad); a phenomenon that could accelerate as public life shifts outdoors in line with COVID-19 containment measures, academics warn.

"It has been highlighted in the strategy that the risk of infection outside is significantly lower than inside, and consequently, people will be encouraged to utilize [open air] public spaces more," said Dr Alasdair Booth of Loughborough University.

"[This] is likely to increase vulnerabilities towards the public from a terrorism perspective and this will need to be carefully considered and balanced."

To mitigate the risk, authorities must explore options to protect pedestrianized zones and other outdoors areas — such as reinforced street furniture strong enough to stop an oncoming vehicle — Booth added.

Such measures cannot exist in isolation, but as part of a much wider strategy that looks to root out radicalism before violence erupts — the threat of which has, many fear, been fomenting behind closed doors for months.