Counterterrorism detectives have taken over an investigation into a stabbing rampage that killed three people as they sat in an English park on Saturday night. A 25-year-old Libyan man was arrested at the scene. 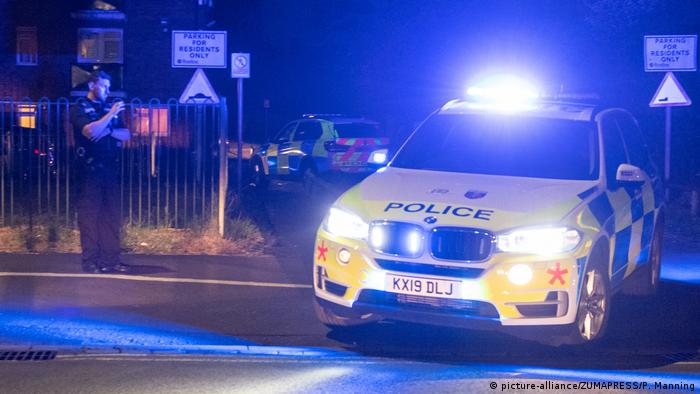 Police in the UK have declared a deadly knife attack on several people in the town near London on Saturday evening as a "terrorist incident."

Three people were killed and three more seriously injured in the stabbing rampage in the English town of Reading, about 65 kilometers (40 miles) west of the British capital.

The attack took place at the site of a peaceful Black Lives Matter protest that was held in the town earlier in the day.

However, one of the protest organizers said on social media that the demonstration had ended and all participants had left before the stabbings occurred.

Britain's most senior counterterrorism police officer, Neil Basu, said a man had run into Forbury Gardens and attacked people with a knife before being detained by unarmed officers.

"This was an atrocity," Basu said, adding that there was nothing to suggest anyone else was involved and that police were not hunting further suspects.

British media cited Basu as saying the suspect was a 25-year-old Libyan asylum-seeker.

British Prime Minister Boris Johnson said his "thoughts are with all of those affected by the appalling incident in Reading."

Home Secretary Priti Patel said she was "deeply concerned" to hear reports of the incident.

Local council leader Jason Brock wrote on Twitter that there had been "concerning reports," advising people to steer clear of the site.

Later on Sunday, police asked people to continue avoiding the area and asked anyone with video footage of the incident to come forward.

Editor's note: In a bid to limit their exposure, DW has decided to withhold terror suspects' names.