A British employee of the UK Embassy in Berlin has been accused of passing official documents to Moscow agents. His arrest marks the third Russian espionage case in Germany in under a year. 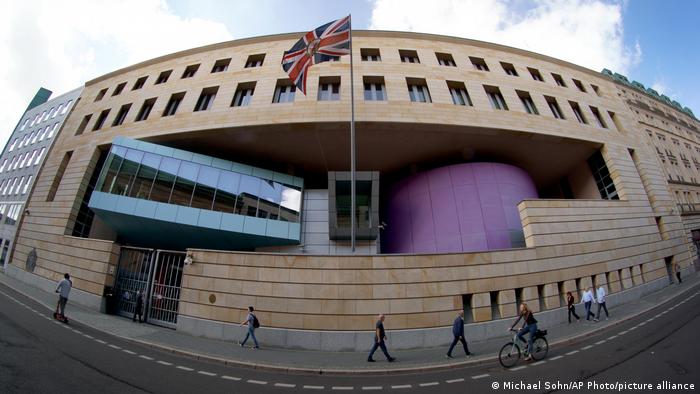 The alleged spy previously worked at the British Embassy in Berlin

German officials confirmed Friday that they had received a request from the United Kingdom to extradite a suspected spy for Russia who had worked at the British Embassy in Berlin.

David S., whose full name has not been made public due to German privacy laws, was arrested at his home in the state of Brandenburg in August.

Brandenburg state prosecutor Marc Böhme told reporters his office could not give a time frame for how long the extradition might take.

The accused is a 57-year-old British citizen who prosecutors believe passed official documents to Russian sources at least as far back as November 2020. He allegedly received monetary compensation for the information he provided.

David S. has not publicly commented on the allegations, but his lawyer told Der Spiegel newsmagazine that he does not want to return to his homeland under any circumstances.

Should the prosecutors' claims prove true, S. would be one of a number of Russian agents recently uncovered in Germany. In June, a Russian employee of a German university was charged with spying for Moscow. Four months later, a German man was convicted of passing the floor plans of buildings used by the parliament, the Bundestag, to Russian agents.