Turkey set to get nuclear reactors | Business | Economy and finance news from a German perspective | DW | 29.12.2014

Turkey set to get nuclear reactors

By mid-2015, Turkey wants to build its first nuclear power plant despite all objections and without regard for the fears of those affected by its construction. DW takes a look at the country's energy policy. 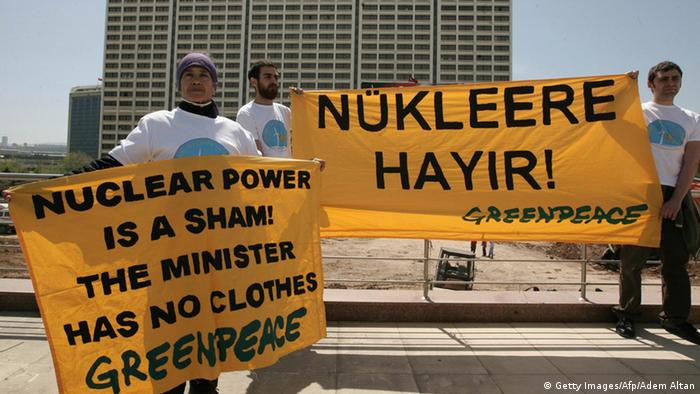 For the sixth time in four months, Devin Bahceci is visiting the site in Akkuyu in the Turkish province of Mersin. Standing in front of the barrier erected at the site, he shakes his head.

"To date, we do not know what to expect. The project is extremely non-transparent and it's frustrating," says the energy and climate activist from the environmental organization Greenpeace.

This is the site where the Turkish government is planning to build its first nuclear power plant (NPP) in cooperation with Russian company Rosatom. The controversial environmental impact report was only recently accepted by the Turkish environment ministry. The plant's construction is set to start from mid-2015.

Activist Bahceci says that Greenpeace and many other NGOs have submitted their concerns over the proposed nuclear plant to the environment ministry. But despite the numerous pleas, the ministry accepted the report even before it was made public. "We are not sure, if our objections were taken into account," he told DW.

Furthermore, there is also the issue of radioactive waste disposal, the activist noted. "Although the environmental assessment report states that the waste is to be sent to Russia, many questions still remain," he underlined. "We are, for instance, not sure how the waste is transported. Will it be shipped across the Bosporus and through Istanbul? This is crucial for us as it would be a health risk for some 17 million people living in Istanbul," stressed the 31-year-old.

During his visit to Akkuyu, Bahceci often speaks to residents who are affected by the project.

"People are frustrated and they feel let down as they are not asked for their opinion. They haven't been involved in the decision-making process," he said. The plan to build a nuclear power plant in Akkuyu has been in works for around 40 years. 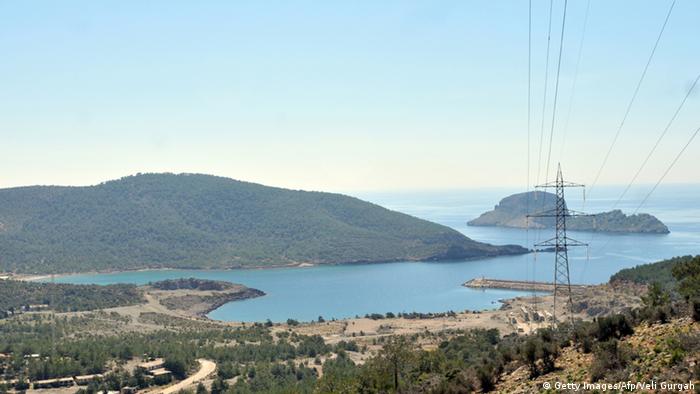 But it has so far not brought any investments in the region's tourism sector, and a large proportion of young people have been migrating to other places in search of opportunities. "People who grow fruits and vegetables in the vicinity of the planned plant and export their goods are worried about their future," says Bahceci.

From importer to exporter

The Turkish government wants to generate 30 percent of the country's electricity needs from local renewable sources by 2023. And despite criticism from both within and outside the country, Ankara remains determined to promote nuclear energy in a big way. The ambitious plan foresees the construction of three nuclear power plants by 2023.

Turkey imports 72 percent of its energy from abroad, and the country ranks number two worldwide, just behind China, in terms of energy demand growth. The nation's electricity consumption almost doubled in the past decade from some 130 billion kWh to around 240 billion kWh. Moreover, the government in Ankara speaks of an "obligation" to include nuclear power in the nation's energy mix in order to reduce the dependence on energy supplies from abroad.

"Our demand for power is expected to double in the next decade. We are currently importing as much as 72 percent of our energy needs, but as soon as our nuclear power plants come on line, we wouldn't have to import even a third of our current natural gas imports," said Turkish President Recep Tayyip Erdogan. "Our gas bill would be reduced by $7.2 billion [5.9 billion euros], and we would even have the possibility to become an energy exporter," he added.

"Turkey does not need nuclear power plants. We have plenty of wind and sun in our country which can be used to generate plenty of energy," says Tanay Sidki Uyar, head of the department of energy at the University of Istanbul. Uyar is also president of the European renewable energy association Eurosolar. The technologies used in the generation of renewable energy have also become cheaper than ever, he points out.

"The Turkish government, however, is not realizing their potential, and the authorities are not granting enough licenses, particularly for the construction of wind farms," Uyar told DW, adding that the administration is mainly focusing on coal, nuclear and natural gas for power generation.

Criticizing the lack of transparency in compiling the environmental assessment report, the energy expert highlights the lack of clarity and openness over the issue of nuclear waste disposal. Uyar also criticizes the European Union for removing the energy chapter in the accession talks with Turkey.

"This move by the EU has kept Turkey from adopting a reasonable energy policy," he maintained.

In the last few years, Turkey has been celebrating its booming economy. But recent numbers paint a more sober picture. Experts say the government has failed to implement reforms. Thomas Seifert reports from Istanbul. (22.12.2014)

The latest arrests of regime-critical journalists in Turkey are a gross violation of modern democratic principles. Effective help can only come from one place, says Baha Güngör. (16.12.2014)

A Christian in Turkey: Up against oppression

Petrus is a member of the Suriyani, a Christian minority in Turkey. He desperately wants to become a priest. But living out his vocation is an uphill battle - one he’s ready to face. (13.12.2014)