Turkey remains ′indispensable′ to West | World | Breaking news and perspectives from around the globe | DW | 18.06.2013

Prime Minister Recep Tayyip Erdogan's crackdown on protests in Turkey has sparked condemnation in the EU and US. But as the West moves to up its involvement in Syria, it's unlikely to risk a break with Ankara. 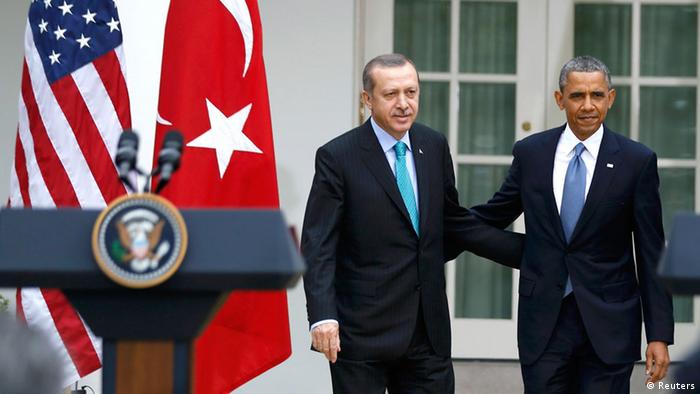 Long heralded in the West as a democratic example to the broader Muslim world, Turkey has elicited harsh condemnations from its allies in the European Union and the United States in recent weeks. Reacting to Erdogan's crackdown on protests, both powers have called on Ankara to respect the rights to freedom of speech and assembly.

In Washington, the Obama administration has - at least rhetorically - positioned itself on the side of the protesters. Presidential spokesman Jay Carney has said that the White House believes most of the demonstrators are law-abiding citizens. Prime Minister Erdogan had labeled the protesters as "looters" and "extremists."

"We believe that Turkey's long-term stability, security and prosperity is best guaranteed by upholding the fundamental freedoms of expression, assembly, association and a free and independent media," Carney told reporters over the weekend.

But the protests in Turkey come during a critical juncture in Middle East, with the Western powers moving to become more deeply involved in Syria's civil war. Last week, the Obama administration announced that it would begin supplying the Syrian rebels with weapons, saying that the Assad government had crossed a "red line" by allegedly deploying sarin gas.

Turkey - which shares a 822-kilometer border with Syria - has played a critical role in the conflict in Syria, hosting more than 380,000 Syrian refugees and the Free Syrian Army (FSA) on its territory. Western arms shipments are likely to be delivered to the FSA, which is considered to be more liberal and secular than Islamist rebel groups fighting to overthrow President Bashar al-Assad's government in Damascus.

"For the US to be able to implement that policy, it needs to work closely with the Turkish government as a conduit for those weapons," Sinan Ülgen, an expert on Turkish foreign policy and a visiting scholar at the Carnegie Endowment for International Peace in Brussels, told DW.

Since coming to office in 2009, President Barack Obama has viewed Turkey as a pivotal partner in the Middle East and sought to build close personal ties with Erdogan, according to Emiliano Alessandri, with the German Marshall Fund in Washington D.C.

"Obama wanted to build a very personal, strong relationship with Erdogan," Alessandri, an expert on Turkey, told DW. "If Erdogan continues with this type of style and attitude, of course that relationship would be jeopardized." 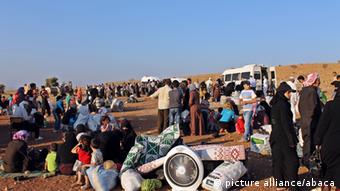 From the beginning of the Syrian crisis, Ankara has wanted the US to take the lead in dealing with the conflict, Alessandri said. But now, just as Washington has begun to assume that role, the Turkish prime minister - a key interlocutor on Syria - has been weakened domestically.

But according to Carnegie's Ülgen, although Erdogan faces widespread domestic opposition, he will likely remain an "indispensible" partner for Western countries in Syria.

"Turkey - at the end of the day - is a NATO member; it is part of the NATO alliance," Ülgen said.

"Unless things acquire or jump to a really different dimension of democratic abuse, the West will continue to work with Turkey," he added.

While Turkey may be an indispensable partner for the West in the Middle East, its bilateral relationship with the EU has become increasingly ambivalent. For eight years now, Turkey has been negotiating entry into the European Union. But the process has been stalled for three years, with Ankara considered in full compliance with only one of the 35 chapters of European law.

It remains unclear if the Erdogan government's response to the protests will have a negative impact on Turkey's EU membership negotiations. European leaders have been more strident than the US in their condemnation of Ankara. German Chancellor Angela Merkel, who opposes Turkish EU membership, said on Monday that she was "appalled" with Erdogan's handling of the demonstrations. 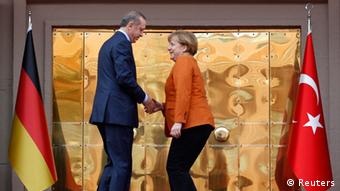 When asked by broadcaster RTL if Ankara's crackdown on the protesters was in line with the behavior of a candidate for EU membership, Merkel was unequivocal.

"What's happening in Turkey at the moment is not in line with our idea of the freedom to demonstrate or freedom of speech," the German chancellor said.

Before the current domestic turmoil erupted in Turkey, the EU had planned to revive the negotiation process by opening a new policy chapter with Ankara at the end of June. While the German government has not taken an official position on whether that effort should be frozen, rumors have been circulating that Berlin has doubts about moving forward.

"There is a short-term risk, and that short-term risk relates to the imminent decision to open a new negotiation chapter with Turkey," Ülgen said. "As things stand, this is not a done deal."

And while the US strongly supports Turkish membership in the 27-member bloc, Washington has little direct influence over the negotiation process.

"The Obama administration got the point that anytime they suggest that Turkey should become a member is only going to get negative reactions in Europe, because Europeans see it as interference in their own affairs," Alessandri said. "I don't think at this point the US can have a positive role on that."

Obama muddles through the Middle East

Barack Obama’s visit to Israel, the West Bank and Jordan is his first to this part of the Middle East as US president, however it's unlikely to achieve anything tangible, writes Robert E. Hunter. (20.03.2013)

While the Turkish and US leaders agree that Syria's President Assad must be ousted to end the slaughter, the meeting was by far not all Erdogan had hoped for: Obama continues to reject arming the Syrian opposition. (16.05.2013)

An apology by Israel's prime minister may ease tensions between Turkey and Israel. But despite pledges from the two country's leaders to normalize relations, experts caution against high expectations. (25.03.2013)