Erdogan escalates the crisis | Europe | News and current affairs from around the continent | DW | 17.06.2013 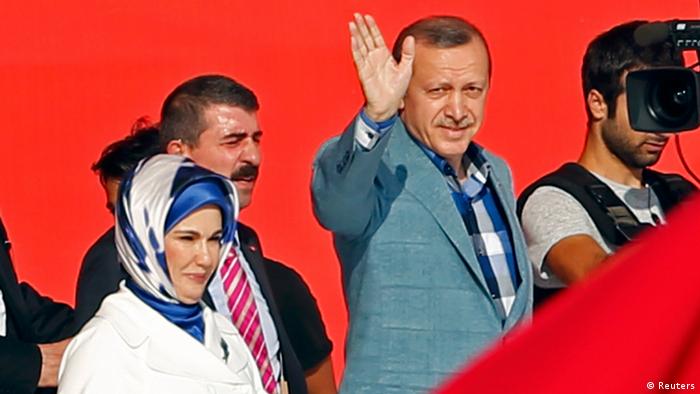 For a short time, the Turkish prime minister, Recep Tayyip Erdogan, allowed his critics to hope that he would put an end to the brutal police operations of the last two weeks. In the middle of last week, he signaled that he might be prepared to take part in a dialogue. He met members of one of the most important parts of the protest movement, the Taksim Solidarity Platform. He even spoke about the possibility of a referendum, to let the people decide what should become of his controversial plans for Gezi Park.

The storming of Gezi Park by police on Saturday evening showed that the Turkish government is not interested in a peaceful solution to the conflict. The police behaved more brutally than ever. They fired tear gas into cafés and hotels in which people had taken shelter. Even children and older people were the targets of tear gas and water cannon.

"The police are now even using chemicals in the water cannon," 24-year-old demonstrator Alper Baysan told DW. "Friends of mine had to be taken to hospital as a result." 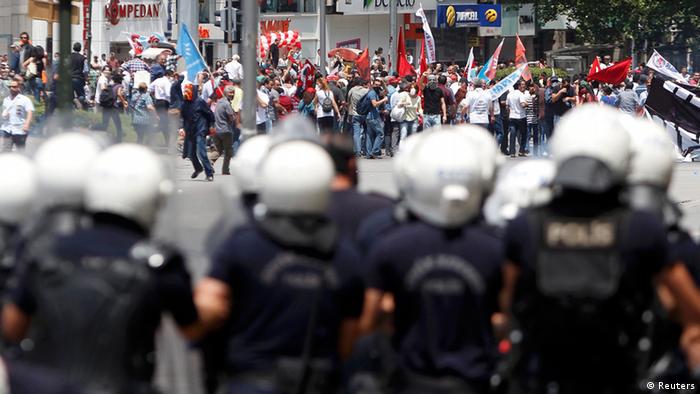 Hundreds of police faced thousands of demonstrators again on Sunday

"It's like war," said the German Green party chairperson Claudia Roth. "They're chasing people through the streets and they are firing tear gas canisters directly at people." She was in Gezi Park and was injured when it was stormed, and she escaped into the cellar of a nearby hotel.

Other eye-witnesses report that police were stopping people who were wearing masks to protect their eyes and mouths from the tear gas, and violently tore the masks off them. The police not only arrested demonstrators, they detained doctors who were trying to help the injured, as well as journalists who didn't have Turkish press passes. 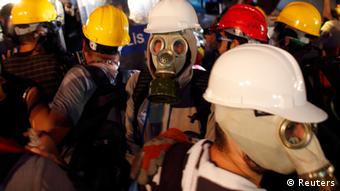 Demonstrators used gas masks to protect themselves from the tear gas

But the journalists also came under attack from some of the demonstrators: one demonstrator shouted at the DW team, "Turn your camera off; you filmed enough last week. People get problems [from being filmed]. They are not just worried about their jobs; they're worried for their lives."

People are especially disappointed in the Turkish media. They've been playing down what's been happening in Gezi Park. Sabah, which supports the government, reported on Monday morning: "The police cleared the park without putting anyone in danger."

In spite of the violent action to clear the park, thousands of people gathered on Taksim Square on Sunday. Hundreds of police were there too. 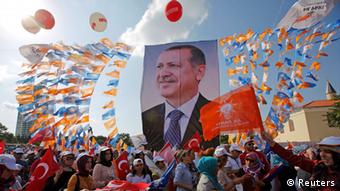 Meanwhile, Erdogan delivered a speech to hundreds of thousands of bused-in supporters. He accused the international press of a plot against him and his government: "CNN, Reuters, remain isolated with your lies!" he said, and attacked the protest movement once more. He described them again as "plunderers," and threatened them: "You are no real Turks. Watch out: those who work against Turkey will have cause to tremble with fear." Hotel owners who hid these "terrorists" would also have to pay the reckoning.

The journalist and writer Cengiz Aktar considers Erdogan's rhetoric to be dangerous: "People who only listen to their prime minister and read newspapers which support the government don't understand what it's all about," he told DW. Erdogan always appeared angry and was only increasing the tension in the country: "If he carries on like that, the country will have an even bigger crisis. He's always pouring oil into the fire."

Yaman Akdeniz, a lawyer at Bilgi University, has been shocked by the police operation: "That's unacceptable in a democratic society: the police laws which date from the 30s have to be changed." For example, there are no laws or regulations which govern the use of tear gas. "I would normally expect an inquiry - there's too much evidence of police brutality on Twitter and on television." He'd seen police officers without identification numbers on their helmets: "That's against the law - we have to identify these people." 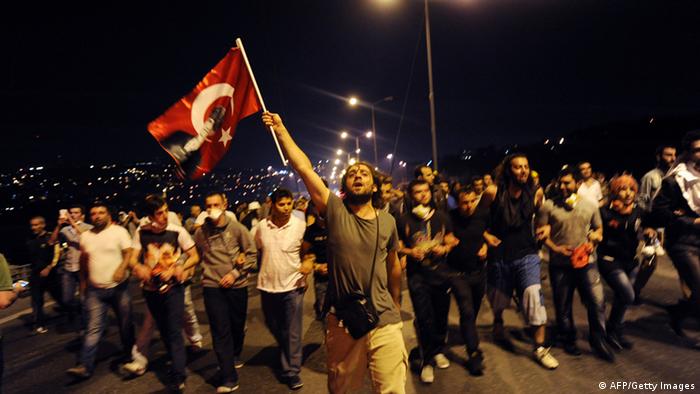 Journalist Cengiz Candar thinks that Erdogan will not be able to bring the protest movement under control by using the police: "As soon as the police withdraw from Taksim Square, the occupation will carry on," he told DW. "I fear that Erdogan has already split society." His authoritarian politics made it difficult to keep Turkey unified.

Protester Alper Baysan believes the division of the country is coming from the top. "There are many people among the demonstrators who voted for Erdogan's party," he says, "but they're demonstrating here with us because they believe we need more democracy." He applies the old proverb to Erdogan: "Power corrupts - it's all about his ego."

Another demonstrator just wants to add one thing: he's ashamed of his country.

Show of force in Istanbul

Turkish police used tear gas and water cannon to clear protesters from the center of Istanbul ahead of a visit by Prime Minister Erdogan on Sunday. The move has done nothing to quell people's outrage. (16.06.2013)

European politicians disagree with Turkish Prime Minister Erdogan's confrontational approach to engaging protesters in Gezi Park. But most say now is not the time to re-evaluate the country's negotiations with the EU. (16.06.2013)