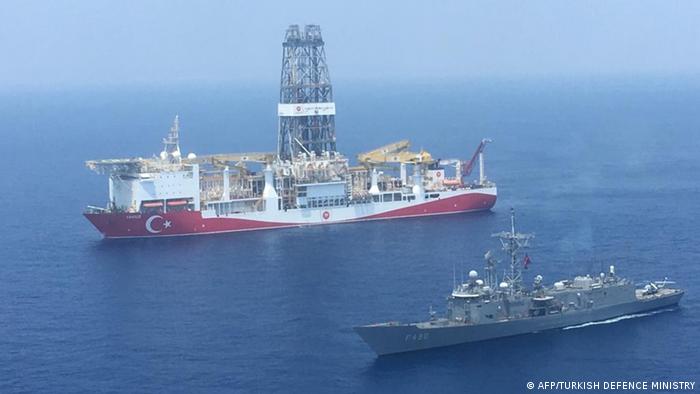 Turkey's president said on Friday the country had made its biggest-ever discovery of natural gas after completing new exploration work in the Black Sea.

"Turkey made the biggest discovery of natural gas in its history in the Black Sea," a delighted Erdogan said during a speech in Istanbul's Dolmabahce Palace.

"My Lord has opened the door to unprecedented wealth for us," he enthused.

The Turkish drilling ship Fatih has been prospecting in the western Black Sea over the past month, close to where Romania has also found gas reserves.

If confirmed as recoverable resources, the reserves could ease Turkey's dependence on costly energy imports in what Erdogan previously hinted as a "new era" for the country.

Turkey is hugely reliant on Russia for its energy and has been keen to diversify its supplies.

Analysts still caution it could take several years and billions of dollars in investment before Ankara can start gas production.

Ulrich Leuchtmann, head of foreign exchange research at Commerzbank, said the discovery is positive news, "but it's not the game-changer that some were expecting" after earlier reports suggested the find would meet Turkey's energy needs for the next two decades.

The find is smaller than other nearby discoveries, including Egypt's Zohr field, one of the largest in the Mediterranean, which is estimated to hold 850 billion cubic meters of natural gas.

Turkey's new Black Sea find comes amid raised tensions between Ankara and Athens over oil and gas exploration in the eastern Mediterranean.

Warships from both NATO members have been shadowing each other after Turkey sent a research ship to look for potential undersea oil and gas deposits in disputed waters.

Erdogan vowed to step up the search for energy in the Mediterranean by the end of the year, despite the ongoing row with European Union member Greece.

"We are going to speed up our operations in the Mediterranean with the deployment by the end of the year of the Kanuni (drilling ship), which is currently in maintenance," Erdogan said in a keynote address in Istanbul.

Turkey is also at odd with Cyprus over energy exploration around the island. It has dispatched warship-escorted vessels off Cyprus's coast to drill for gas, insisting that it's acting to protect its interests and those of Turkish Cypriots to the area's natural resources.

The Greek Cypriot government of the ethnically split island has slammed Turkey for encroaching in its
waters and economic rights.