The Turkish currency has hit record lows against the euro and US dollar, despite efforts by its central bank to stop the rot. The fall comes as the effects of the global pandemic and poor economic policy converge. 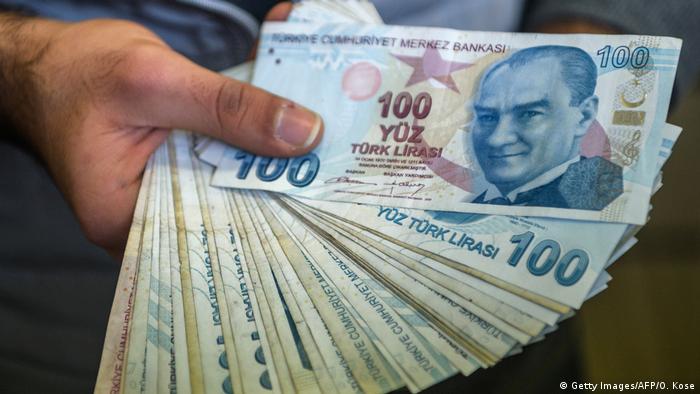 The saying that you can't have your cake and eat it is vividly playing out currently in the emerging currency crisis in Turkey that saw the lira lose 19% against the US dollar so far this year. On Friday, the lira weakened as far as 7.3660 for one dollar, going below a previous all-time low of 7.3650 hit a week earlier.

Although emerging market currencies fell across the board as the dollar firmed on bleak data from China, the Turkish currency was by far the worst performer, because informal measures proposed by the central bank to stabilize the lira proved to be only temporary.

Investors are worried about the risk of rising inflation and even a balance-of-payment crisis. Concerns are also mounting about depleted currency reserves, costly foreign-currency interventions and a trend of Turks buying foreign currencies.

The road to hell…

In the course of this year, President Recep Tayyip Erdogan has been trying to shore up flagging Turkish growth with a two-pronged economic policy attempting both low rates and a stable currency. Even before the COVID-19 disease was spreading globally, Turkey's central bank began easing monetary conditions with a program buying up government debt.

The program came after Erdogan sacked the previous central bank chief Murat Cetinkaya in July last year, who resisted the president's growth-at-all-costs policy out of concern the economy might overheat at the end of 2019.

When the global pandemic began to fully strike Turkey in April, the central bank even accelerated efforts to keep credit flowing through the economy by cutting interest rates from 12% at the end of last year to 8.25% in May.

The president's "good intentions" to lift the economic boat, however, fueled a credit binge that saw loan growth rise 40% in the past three months, peaking in May at 50%, the fastest rate growth since 2008. The explosion of credit, including cheaper loans to households and businesses, has been stoking domestic inflation that was already standing at 11.76% in July year over year. At the same time, the need for foreign currencies rose in line with rising imports, weakening the Turkish currency even further.

Moreover, the lira sell-off comes as the country is earning fewer dollars and euros due to a massive drop in tourism and slumping exports amid the virus pandemic. 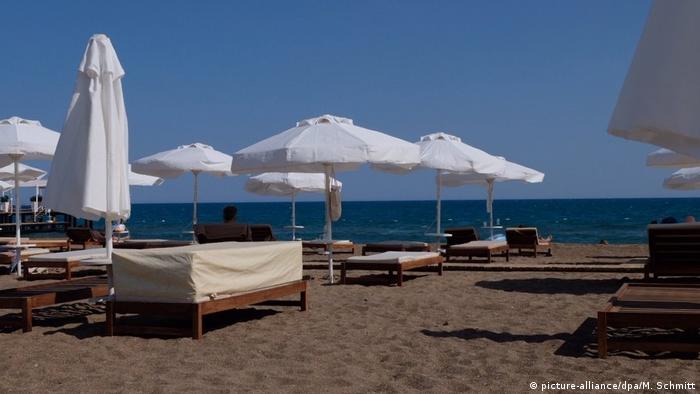 Tourism has come to a virtual standstill as well-paying Europeans, including many Germans, consider Turkey a high-risk country amid the COVID-19 pandemic

Since the first signs of trouble for the lira appeared earlier this year, the Turkish central bank has spent billions of dollars to stop the hemorrhaging currency.

According to an estimate by US investment bank Goldman Sachs, the country has spent $65 billion (€55.2 billion) this year on managing its currency. As a result, its gross currency buffers have dropped by more than a third this year to $49.2 billion as of July 17. Including gold, they stand at $89.5 billion.

What's making matters even worse is the central bank wasn't using only its own reserves, but dollars borrowed from domestic banks, to buy the lira. As a result, it now owes more foreign currency to the banks than it currently has in its coffers.

Timothy Ash, senior sovereign strategist covering emerging markets at BlueBay Asset Management, believes the central bankers can only do so much. "Clearly, the foreign exchange intervention has failed. They are looking to conserve reserves," he told the news agency Bloomberg, adding a hike in interest rates was the only option left for Turkey.

Rate hike on the cards?

President Erdogan, however, hates hiking interest rates like the devil hates holy water. In his unorthodox view of economics, higher rates will only fuel inflation. He also believes the subsequent increase in the cost of credit would lower economic growth, and, most importantly, job creation.

During the last economic dip in early 2019, Erdogan suffered his most stinging defeat in elections, when his party lost control of major municipalities, including the nation's capital, Ankara, and commercial hub Istanbul. 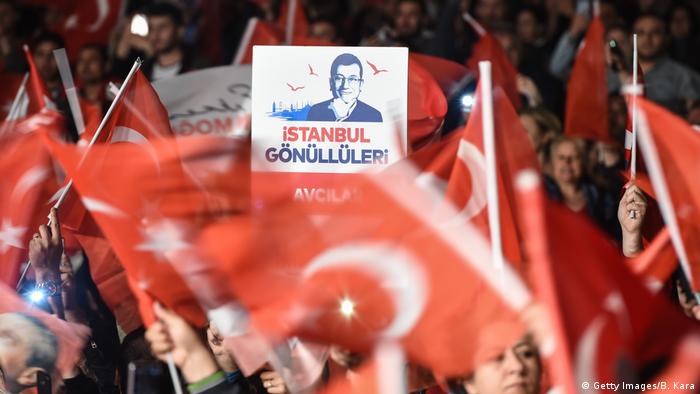 Due to the COVID-19 spread, Turkish unemployment is approaching the highest level in more than a decade, as the economy is expected to shrink by an estimated 4% in 2020. This would normally present a textbook case for lowering interest rates.

But with Turkey's sovereign debt already earning investors less than the rate of inflation, both Erdogan and his handpicked central bank chief are facing a formidable predicament.

Turkey's central bank said last week it would halt cheaper funding that had allowed primary dealers to borrow well below its policy rate. the roll-back of liquidity measures, however, provided only tentative support to the lira. Invesors had hoped for a rate hike as aggressively as in 2018, when Turkey faced a similar situation.

Goldman Sachs analysts are skeptical though, if the step is sufficient to rein in Erdogan's policy that fueled the credit binge. In a note to investors, they expect the lira to fall further, eventually forcing the central bank to raise interest rates to 10% by the end of the year and to 14% in 2021.

Turkey's lira crashed 7% in just a few minutes to a record of nearly 15 lira to the dollar. Under pressure from President Recep Tayyip Erdogan, the central bank is expected to cut its policy rate later this week.