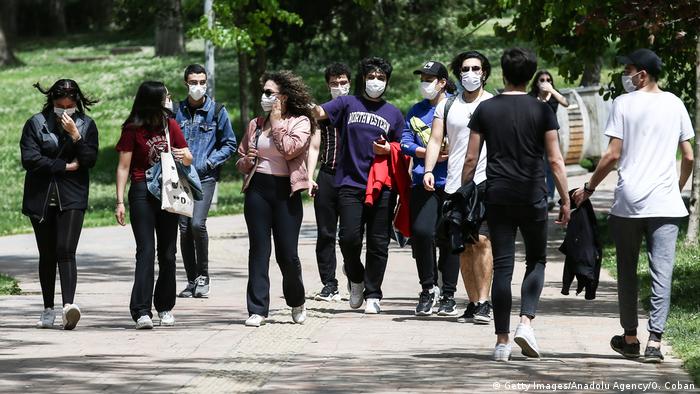 Currently, everyone in Turkey is talking about "Generation Z" — a term that refers to those young people born around the turn of the millennium. It is a generation that knows no other Turkey than one ruled by Recep Tayyip Erdogan and his Islamic-conservative Justice and Development Party (AKP). And it is also a generation of digital natives who like to spend lots of time on social media.

The group recently got Turkey's attention as the result of an obscure political decision that moved the date for the country's annual college entrance exams — an existential test that youth across the country cram for every year — up a month, from late July, to June 27-28.

Students were furious because they suspected the move was nothing more than a gimmick to benefit the country's ailing tourism industry, which has been is crisis mode since the coronavirus first hit. Students say the plan is to get them to go on vacation — despite the ongoing threat of infection — since they will be finished with studying a month earlier than planned. The Turkish government denies such accusations.

"It's awful that the economy and the tourism industry are being given priority over our health," says 19-year-old Asli from Ankara. She took the test for the second time and says she was under a lot of pressure to do better this time.

"We're in a situation where we just don't know who to trust anymore," says Fatih, also a student from Ankara. Fatih says it was unclear if the test would really be rescheduled or not, adding, "This is Turkey, anything can happen." 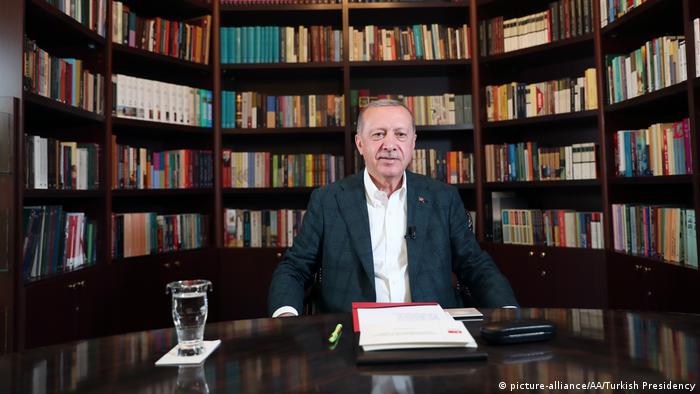 Recently, young Turks gave the president a taste of their disapproval as only they can. When Erdogan took to YouTube on the day before the exam for a "Meet with the kids" event, the nice words he used to address these potential voters fell on deaf ears. In fact, the youth tuning in were quick to voice their anger. Thousands blasted Erdogan, taunting him with real-time comments, only to then move on to the next platform — like Twitter, where they railed further and launched the hashtag campaign #OyMoyYok (Not getting my vote), which proceeded to spread like wildfire.

Who is Generation Z?

Since then, Generation Z has become the object of study. Essentially, the group consists of anyone born between the years 1995 and 2010. Estimates suggest that some 13 million young Turks fit into that group and that they could play a key role in future elections. Many will soon be able to vote for the first time but no one really knows just how they tick. 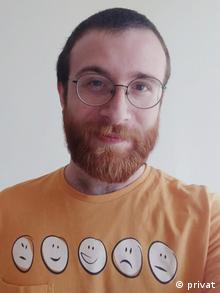 A major study conducted by the Gezici Arastirma Merkezi Institute recently took a closer look at youth in 12 of Turkey's 81 provinces. The main aim of the study was to get a picture of their attitudes toward religion, their worldview and their political leanings.

"This generation will be a decisive factor in the 2023 parliamentary elections," says Murat Gezici. He says young voters will make up about 12% of the electorate, and can thus dictate some of the issues debated during the election — namely those of fairness and income.

Researcher Gezici says young voters are, "more environmentally friendly, empathetic, sensitive and thoughtful" than previous generations. Moreover, the study found these young voters also have influence over how their parents vote. Though the same does not work the other way around, with "87.5% saying their parents' opinions have no influence on how they will cast their votes," says Gezici, who adds that the country's youth seems disinterested in traditional values.

In light of Turkey's ongoing economic crisis, it seems highly unlikely that young voters will find anything inspiring in Erdogan's AKP. According to the government statistics office, youth unemployment (ages 15-24) in the country has been hovering around 25% for months. That is why many qualified young Turks are simply leaving the country and heading to Europe — starting a brain drain that could have grave long-term consequences for the Turkish job market.

Baris Ulgen, who just finished his electrical engineering studies at Istanbul's Sabanci University, says none of the country's political parties represent him and but that he will have to vote for one of them. He is pessimistic about Turkey's future: "I love my country, but I think I will definitely go abroad at some point in my life." 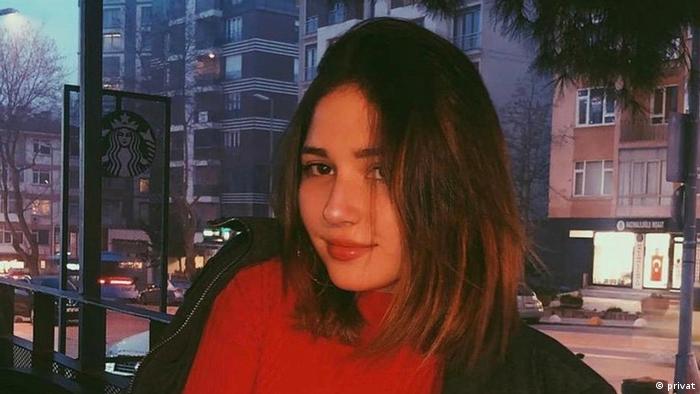 Simge Koraltan, a 17-year-old student, is also concerned about the future of the country: "One can't really say what is going to happen over the course of the next two years." She says she feels fortunate that her studies will allow her to go abroad, but adds that she really doesn't want to leave.

Journalist and academic Can Ertuna says it's impossible to connect with young voters "the old way." He says a new language needs to be found to address a generation that is more comfortable on social media than anywhere else: "We are talking about people who use YouTube as their browser and get their news via Instagram." Ertuna adds that politicians desperately need to find more solutions to age-specific problems as well.

Political scientist Nezih Onur Kuru is highly critical of the government because the ruling AKP and the ultranationalist MHP spend most of their energy addressing only the issues that concern older, conservative, rural voters. He says that makes the gulf between those in power and the youth of the country unbridgeable: "The anger over the exams was a turning point. Just like parliamentary elections in 2023 will be a turning point — because that is when Generation Z will hold the balance of power."

Correction: This article was revised on July 7 to more accurately reflect Baris Ulgen's position that he will still vote in elections.

President Recep Tayyip Erdogan wants to turn Istanbul's world-famous tourist site into a mosque. He is trying to score points with Turkish voters, but his plans have encountered considerable resistance. (02.07.2020)

Tensions have been growing between the Turkish government and the country's Christian community. Religious freedom is in jeopardy, as the Subasigüller case illustrates. (27.06.2020)

Activists and dissidents in Turkey have long avoided official censorship by using social media. Now the government wants to put an end to that, introducing a new handbook to establish digital control of the country. (13.06.2020)

Turkish authorities have issued arrest warrants for 149 people, including current and former soldiers and police, wanted over the 2016 failed coup. Raids have reportedly taken place in 16 provinces. (08.06.2020)