Over the past few years, two sentences have been constantly repeated in panels or discussions: That “freedom of the press in Turkey is often limited” and that “journalists in Turkey have been prevented from doing their jobs.” In fact, Turkey has never been a country, where journalists could report freely and speak up fearlessly. Standing before the court or getting prison sentences have always been a part of journalism — reporters and writers have never witnessed free conditions. I believe those two sentences are not enough to describe today’s Turkey. Journalists are not only restrained and prevented from doing their jobs. It goes beyond that: The Turkish state pursues a policy aspiring for the elimination of the free press.

The coup attempt in 2016 introduced a new era — fundamental rights have been eradicated permanently as a result. Hundreds of journalists have been detained; some of them got provisional releases. Currently, at least a hundred journalists are in jail. Several media organizations have either been shut down or seized. Access to countless websites has been blocked. TV broadcasting is almost entirely under the control of the state.

The Turkish constitution, in contrast, gives journalists a broad range of rights, also with regard to free speech. However, the courts and the judges do not enforce them or simply ignore them — another consequence of the political atmosphere in the country. The guidelines of the European Convention on Human Rights are also ignored. Not even a state of law

The fragile connection between the judiciary and the state of law, which partially existed before the coup attempt is now completely lost. Today, we see a system unwilling to respect its own legislations. Turkey’s judiciary is not a problematical institution — it has become the problem itself. Since the coup attempt, the judiciary — influenced by state administrators — has ignored national and international law standards, oppressing and punishing all parts of society. In the past, many critics have said: “Turkey is not a constitutional state.” At this stage, even this description is inadequate. An accurate description would be: “Turkey is not even a state of law” anymore.

A high percentage of mainstream media in Turkey is owned by business groups with close ties to the government. But despite this enormous power, the government fails to set the agenda in Turkey. It fails to monopolize the information flow. The news portals on the Internet and social media have become the new centers of the news flow. The efforts have been made with really small budgets and by the force of brave journalists taking legal risks. 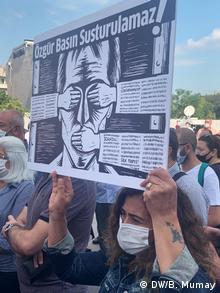 The government is naturally aware of this and is thus targeting Internet media by imposing new restrictions. Requirements for launching a new internet television were also tightened. There are also legal attempts to restrict popular social media channels and gain users’ personal data.  The government has recently passed a new social media law. Originally aiming to combat hate speech, it now seems like another tool to silence dissenting voices.

Media platforms with more than 1 million daily users are now required to appoint a permanent representative in Turkey. These representatives would then be contacted directly by the Turkish government in case of any complaints. Companies not following the new rules face heavy fines.

A failure after all

In this desperate situation — in a country where journalists are arrested regularly and where the state tries to control every aspect of life. Is there still hope?

For, there are still people resisting and fighting for free information. Despite the pressure, there are still journalists taking the risks keeping up their work. And of course, there are lawyers defending them. Journalists have not given up writing and producing news despite pressure from the judiciary. This is a sign that the government has failed to reach its goal, that the project of controlling journalism has failed. 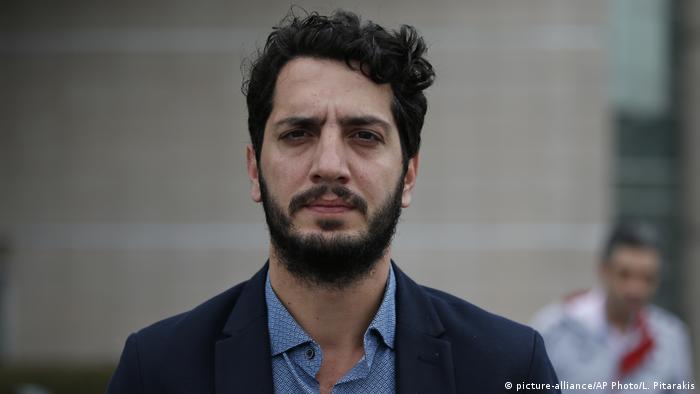 Veysel Ok is a free speech and press freedom lawyer from Turkey. He co-founded the non-profit organization Media and Law Studies Association (MLSA) in 2018, which provides pro-bono legal support to writers and journalists who have been subjected to intimidation, surveillance and legal harassment. The association also aims to promote the public’s right to information. Ok has also defended the novelist Ahmet Altan and the Die Welt correspondent Deniz Yücel.