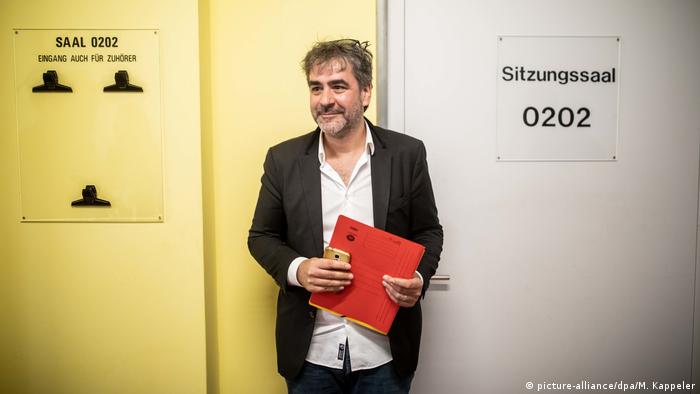 A Turkish court in Istanbul on Thursday sentenced Die Welt journalist Deniz Yücel to two years and nine months in prison in a case that massively strained ties between Ankara and Berlin.

Yücel, who currently lives in Germany and did not attend the more than two-year-long trial, was convicted by the court of "incitement to hatred" and producing "terror propaganda" in the articles he wrote for the German newspaper as Turkey correspondent.

Among other things, Yücel, who has both German and Turkish citizenship, was accused of spreading propaganda for the Kurdistan People's Party (PKK) — a group that is outlawed in Turkey.

Yücel's lawyer said he will appeal the decision. 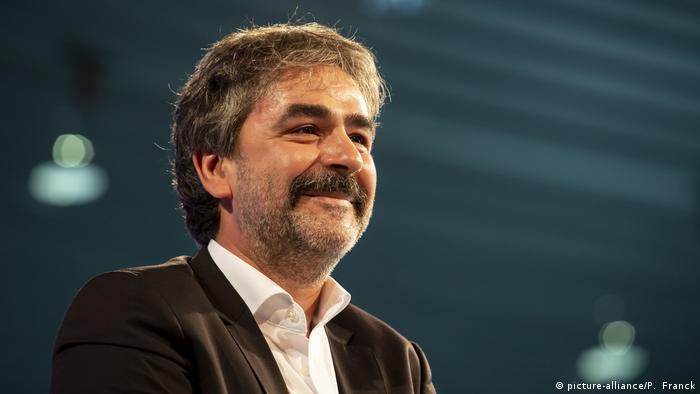 Yücel spent a year in prison in Turkey without being charged

The Turkish government had also accused Yücel of having contact with Islamic cleric Fethullah Gulen, whom Ankara accuses of being behind the coup attempt.

German Foreign Minister Heiko Maas on Thursday called the conviction an "absolutely wrong signal" and "does not help build confidence in the implementation of the principles of rule of law in Turkey."

"Further investigations are incomprehensible for me. This shows that we continue to have significant differences in the protection of freedom of the press and freedom of expression," Maas said on Twitter.


"We must also not forget that many Germans are still in Turkish custody. Cases of unresolved imprisonment stand in the way of normalizing #Turkey relations with us and with the European Union as a whole," Germany's top diplomat added.

After the sentence was unveiled Thursday, Yücel told DW the decision amounted to a breach of Turkey's constitution, noting that the country's Constitutional Court ruled last year that holding him was illegal.

"The Constitutional Court last year didn't just declare my imprisonment illegal, but it went through all the articles I wrote for Die Welt that appeared in the indictment and individually reviewed them. And with every text, they determined point for point, that they were protected under press freedom which is guaranteed in Turkey," he told DW.

Yücel also shared his reaction in a Die Welt article titled "I regret nothing."

"This is a political verdict, just as the whole story of my arrest was politically motivated,'' he wrote.

"This verdict from a judicial system that has been degraded into the henchmen of the executive (branch), to lawbreakers in judges' robes, does not change what I knew from the moment of my arrest: I was arrested because I was doing my job as a journalist," wrote Yücel.

"I have no regrets about that. And sooner or later a court will also establish that."

Yücel spent one year in prison in Turkey, including in solitary confinement, without being charged after being arrested there on February 14, 2017. His arrest and imprisonment triggered a diplomatic crisis between Berlin and Ankara before his release and return to Germany.

His arrest took place as part of a massive crackdown on suspected dissidents in the wake of a failed coup on July 16, 2016. Critics of Erdogan have said the president has used the coup attempt as a pretext for getting rid of unwanted opponents, including many journalists, human rights activists and lawyers.

The Committee to Protect Journalists has called Turkey one of the world's top jailers of journalists.

DW's Istanbul correspondent, Julia Hahn, on Thursday said after the court's decision: "This verdict is another blow to press freedom here in Turkey."

"The interesting thing is that this trial kept going despite the fact that Turkey’s Constitutional Court last summer ruled that Yücel’s detention was unlawful — that his rights, his personal freedom and freedom of the press, had been violated," said Hahn.

"This whole case had been highly politicized from the very beginning ... President Erdogan was personally involved, publically calling Yücel a 'terrorist and an agent.' So Yücel’s own interpretation now is that this is a political verdict and that the judges were trying to avoid embarrassing President Erdogan," she added.

Deniz Yücel, a German-Turkish journalist could face up to 16 years imprisonment. The Turkish public prosecutor has accused him of spreading PKK propaganda and provoking hate but some think the charges are "absurd." (14.02.2020)