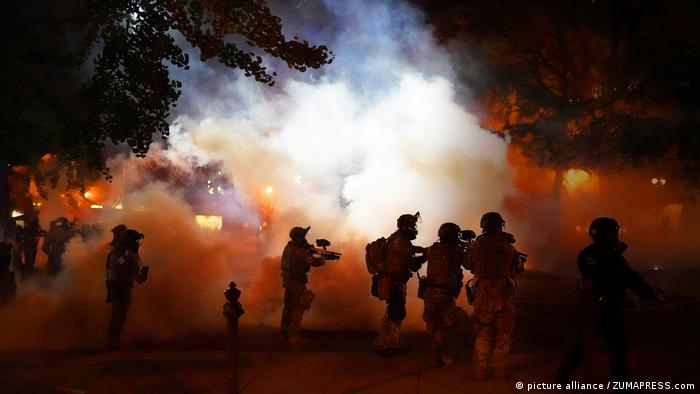 Police crack down on protests in Minneapolis

Since the outbreak of the protests sparked by the death of George Floyd, the U. S. Press Freedom Tracker founded by CPJ has investigated and documented numerous violations against journalists such as arrests by police, theft of equipment, assaults by both police and protesters, among other attacks. Hundreds of cases of press freedom violations in the U. S. were registered from late May to mid-June. CPJ is calling for investigations into these incidents.

One of those incidents involved a DW reporter named Stefan Simons. He was shot at with rubber bullets and threatened in Minneapolis. According to Courtney Radsch, unfortunately, Simons’ experience of getting shot at by the police with non-lethal projectiles is not uncommon.

Not all of those attacks were necessarily directed at the journalists because they were journalists though, she adds. “Sometimes it’s simply an issue of being in a protest in a crowd. But there were numerous incidents in which the police targeted journalists,” says Radsch. 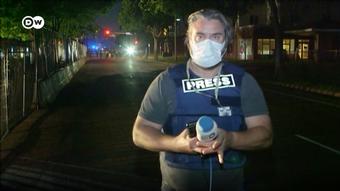 DW correspondent Stefan Simons (pictured) and camera operator Maximilian Förg were shot at with rubber bullets by police forces while covering the protests.

According to Radsch, the number of journalists harassed, attacked, even killed or jailed as well as the staggering levels of impunity in the murders of journalists is increasing at a global level. Examples include the conviction of journalist and Rappler editor Maria Ressa in the Philippines as well as governments adopting new surveillance technology ostensibly to fight COVID-19, and the ongoing (and longest-ever) internet shutdown in Rakhine state in Myanmar. “In many ways, 2020 has really brought home the reality that there has never been a more dangerous time to be a journalist,” she observes.

For her, among the most concerning threats for press freedom, though, are those posed by leaders who are seizing this moment as an opportunity to clamp down on the flow of information. At a time when the public needs independent information more than ever due to COVID-19, governments in countries like Iran or India are trying to censor coverage of the pandemic. The leaders of China, Honduras, Hungary or Thailand, to name just a few, are introducing draconian legislation, employing new surveillance technologies, blocking the internet, or in some cases even stopping the distribution of newspapers, she says. Such measures can have devastating consequences for public health and safety.

There is a decline of the U. S. leadership on press freedom and human rights, since the withdrawal from the UN Human Rights Council and UNESCO and other international fora for cooperation on human rights. But the constant berating and denigration of the press by President Trump and other politicians is encouraging worldwide leaders to do the same. If press freedom would — even symbolically — be further eroded in the U. S. it would have devastating consequences for journalists worldwide.

“We’ve also tracked how the fake news rhetoric and the attempt to delegitimize independent journalism through calling it “fake news” has reverberated around the world and been adopted by leaders as diverse as Duterte in the Philippines, Bolsonaro in Brazil, Orbán in Hungary, Putin in Russia, and China and Egypt.” Radsch believes that countries that do not need a pretense to crack down on press freedom are nonetheless happy to have one in the guise of fake news. 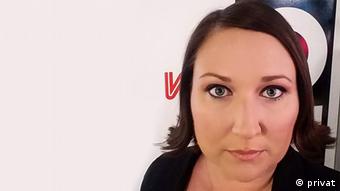 Courtney Radsch is a journalist, author and advocate for freedom of expression. She is the advocacy director for the Committee to Protect Journalists and author of “Cyberactivism and Citizen Journalism in Egypt: Digital Dissidence and Political Change.” She has written and been interviewed extensively about digital activism and social media in the Middle East since 2006.