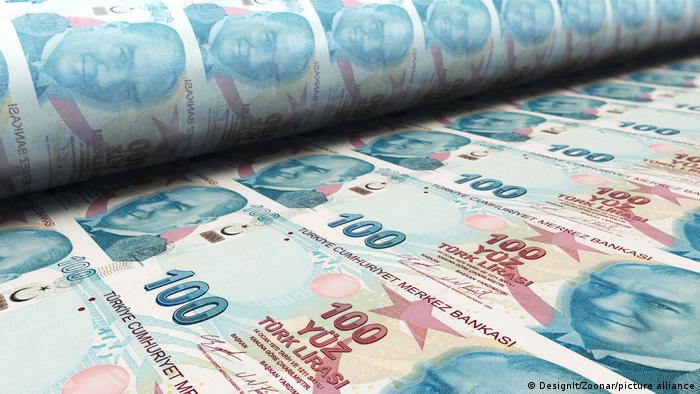 President Erdogan has been insistent that to stem inflation you cut interest rates, which puts him at odds with most economists

Turkey's central bank announced another interest rate cut on Thursday, reducing its key rate to 13% from 14%.

The central bank cited the "weakening effects of geopolitical risks" when explaining its decision.

But consumers in Turkey will likely be even more concerned about 80% year-on-year inflation figures that are expected to rise further by the end of 2022.

Turkey's repeated reductions in rates come at the insistence of President Recep Tayyip Erdogan, who believes — contrary to well-established economic principles — that reducing interest rates can slow inflation, rather than fuel it.

Erdogan, keen for the central bank to pursue policies designed to spur growth, has sacked three central bank heads who pursued a more traditional economic policy since 2019. Elections are scheduled for next June; rapid economic growth has been a core plank of Erdogan's past campaigns.

The central bank made a series of controversial rate cuts late last year, causing a similar impact on the lira and on inflation as Thursday's move, but it had refrained from any major activity since December.

Norway raises its rates, in line with near-global pattern

Norway's central bank bumped its base rate by another 0.5% to 1.75%, warning that more increases were likely, probably starting at the next available opportunity in September.

New Zealand's central bank had announced its fourth consecutive rates rise on Wednesday, lifting it 0.5% to 3%, its highest level since 2015.

Many western developed economies have consistently run interest rates at or near record lows of zero almost without interruption since the so-called financial crash of 2008. At the time, they were trying to spur economic growth and to encourage moderate inflation of around 2%.

For years, these low rates barely succeeded in delivering either of these goals. But then the outpouring of government spending and the artificial impact on supply caused by the COVID pandemic — and later exacerbated by the war in Ukraine putting additional pressure on core products like food and fuel — kick-started inflation around most of the world.

Since then, central banks in the US, Canada, Australia, India, Sweden and elsewhere have started raising their rates at speed during the course of the year. Even the notoriously sluggish European Central Bank imposed its first rates rise for eurozone member states last month, warning more would follow.