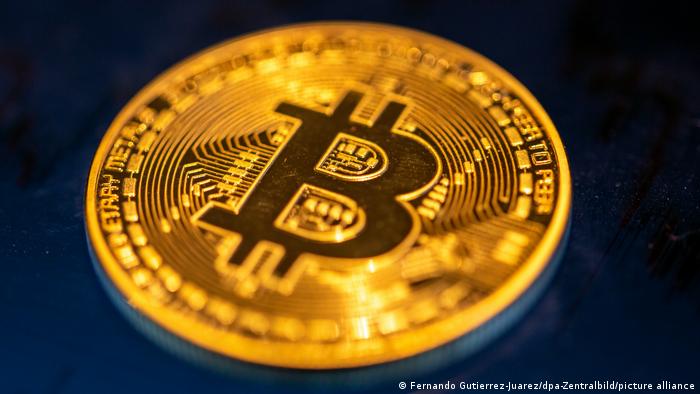 Trading volumes in the Turkish cryptocurrency market are astonishingly high

Turkey witnessed an unusual coin toss at the recent Istanbul football derby between Besiktas and Fenerbahce. To decide which team starts on which side, referee Arda Kardesler apparently tossed a coin bearing the logo of the bitcoin cryptocurrency, surprising millions. The Turkish Football Federation (TFF) launched an investigation.

The incident was just an illustration of the growing frenzy around a new investment opportunity.  The country ranks among the top users of cryptocurrencies.

Turkish television channels and billboards are full of advertisements of cryptoplatforms urging Turks to open accounts and trade — and promising clients to get rich quickly.

In an environment where the national currency loses value almost daily, some Turks have turned to cryptocurrency assets as they seek to protect their savings from devaluation.

The Turkish lira has lost half of its value in the past 12 months while annual inflation reached a 20-year-high of nearly 70% in April.

"The trading volume [in the cryptocurrency market] is high in Turkey, the demand is high. because we are looking to protect our money from high inflation and high interest rates," Vedat Guven, a consultant who co-authored the book "Blockchain, Cryptocurrencies, Bitcoin – Satoshi is Changing the World," told DW.

Previous generations of Turks tried to dodge inflation by investing in more stable assets like gold and real estate. Now, the current generation has a popular alternative.

"There are 5.5-6 million Turks who hold a cryptocurrency account in the country and if you include family members, this is something that interests around 10-12 million people," said Guven. "Unfortunately, here the 'let's-get-rich-fast' mentality involving no learning and no effort is higher than in the rest of the world."

Pros & cons: Cryptocurrencies as an investment

While the state has been trying to halt the slide of the lira by taking a new decision almost every day to restrict access to foreign exchange resources, it has so far failed to reverse the nosedive.

"Confidence in the Turkish lira could not be established despite all efforts," said Burcak Unsal, law attorney in the Istanbul-based Unsal Law Office, which specializes in cryptocurrency and blockchain transactions.

"Real estate and foreign currency investments and the like are expensive and unreliable; there are taxes and commission fees to be paid."

By contrast, students and pensioners can invest in crypto with very modest amounts — even if they have no credit card, they can still invest in cryptocurrencies," he added.

There are concerns, though, about the market segment after the founder of cryptocurrency platform Thodex shut down its site and reportedly fled the country with as much as $2 billion (€1.9 billion) in investors' assets last year. New legislation is overdue after the Turkish Central Bank (CBRT) decided to ban the use of cryptocurrencies in payments for goods and services last year. The question of how to tax cryptocurrency transactions also remains to be resolved.

"There isn't enough legislation on this issue in Turkey so far, this is a problem,"said Unsal.

"Turkey is definitely too late —  a healthy and reliable sector should be created without further delay, based on precise and comprehensive legislation," he said.

The sudden ban on the use of cryptoassets for payments by the CBRT has raised questions about what exactly Turkish authorities make of cryptocurrencies.

Blockchain is the digital public ledger where bitcoin transactions are processed and recorded. Invented to host bitcoin, the technology now forms the basis for many other cryptocurrencies.

The daily trading volume of Turkey's first cryptocurrency platform BtcTurk touched around $424.3 million last week, according to CoinGecko data, while another local Turkish platform, Paribu, had a trading volume of $203.5 million.

Some 40 cryptocurrency exchanges are operating in Turkey.

"Exchanges are popping up like mushrooms, among them foreign exchanges entering the Turkish market," said Unsal.

"The volume they create, the direct investment they bring and their know-how are truly incredible," he noted.

In another sign of unpredictable volatility, cryptocurrencies nosedived last week.