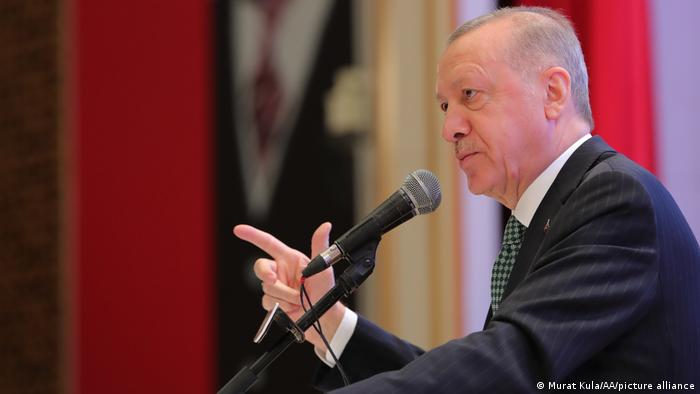 It is midday in the Turkish capital Ankara. An elderly woman steps into a dolmus, one of the city's blue and white shared minibuses. She puts down her shopping bag, pulls out her wallet and angrily hands the driver her fare. "I used to pay 2.50 lira to get home from Kizilay, then it was 3.50 lira, then 5, now it costs 7 lira," she complains. Though she knows it's not the driver's fault and someone else is to blame: "It's his fault," she says. "He is driving up prices. He should explain why gas is always getting more expensive."

He is Recep Tayyip Erdogan, the president of Turkey. Like many others, the pensioner refuses to utter his name publicly — fear of reprisals, which could include even arrest, for insulting the president is omnipresent.

The driver, Salim Dermitas, understands the woman's anger. He has worked in the capital for years, but says he has not seen this kind of runaway inflation in decades: "We don't want to raise prices. People are already having a hard time paying their fare. If prices go up again we'll have even fewer customers."

On June 13, ticket prices for express trains were also hiked for the fourth time this year — just in time for the start of summer, as many citizens have complained. In January, a trip from Ankara to Istanbul cost 84 lira, now it costs 195, roughly €11 ($11.50). 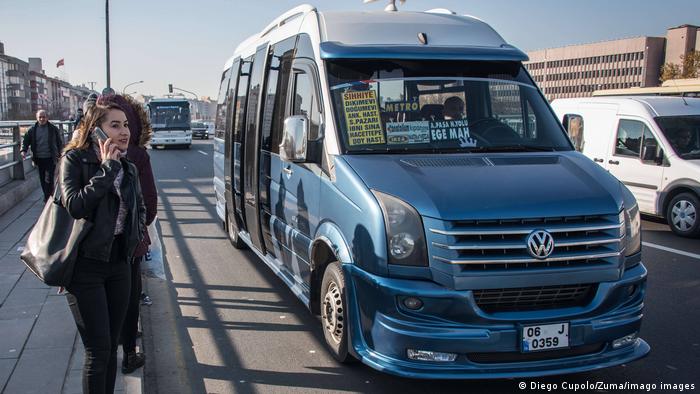 The Ukraine War and rising energy costs are driving up prices worldwide. Still, although Germany's inflation rate is currently around 7.9%, in Turkey it is nearly 10 times that: In May it officially stood at 73.5% — its highest level since 1998.

According to experts from the independent Turkish Inflation Research Group (ENAG), it is actually much higher still. They suggest it is more likely closer to 160.8%. Turkey's official statistics institute TUIK has lodged a complaint against ENAG with federal prosecutors, accusing it of disseminating numbers deliberately designed to harm TUIK's reputation.

Turkey's economy was experiencing turbulent times long before Russia invaded Ukraine but since February it has descended into a deepening crisis. Government efforts to prevent this have done nothing. The minimum wage, for instance, was raised dramatically, yet the hike failed to keep pace with inflation, meaning workers are effectively earning less, pocketing around €278 a month. At the time of writing, a euro was the equivalent of about 18 lira. 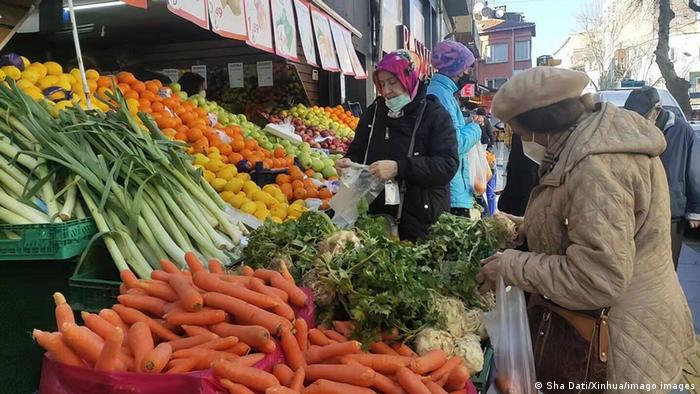 Skyrocketing costs are most evident at the gas pump. According to TUIK, transport costs, covering the price of gas and diesel too, were 224% higher in May 2022 than in May 2021. Since Turkey covers nearly all of its energy needs with imports, it has suffered greatly as a result of rises in global oil and gas prices.

Prices for food and non-alcoholic drinks have nearly doubled over the past calendar year, too, clocking in at 91.6% year-on-year inflation this May. Consequently, many in Turkey are experiencing very real existential fears.

Financial experts, including economist Murat Birdal of the University of Istanbul, place much of the blame on the Central Bank of the Republic of Turkey. They say that it is not acting independently and that its interest rate policies are significantly contributing to Turkey's runaway inflation. Birdal says he expects triple-digit inflation rates by the end of the year.

The Central Bank should have tightened fiscal policy over the past several months and raised inflation rates in the face of galloping inflation — at least that is accepted economic practice the world over. But it failed to do so — in line with the policies of President Erdogan. He has claimed steadfastly that inflation is the result of high interest rates. At a rally last weekend, he repeated a pledge that his government would not raise interest rates but would instead likely lower them yet again. 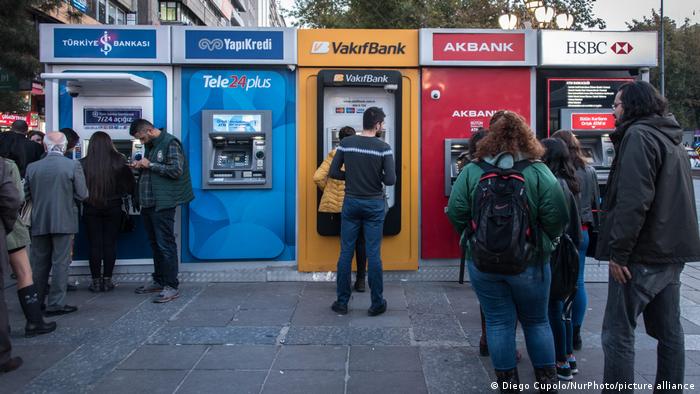 Crisis on the heels of lowered interest rates

But it was after a similar lowering of interest rates in September 2021 that Turkey's economic woes worsened considerably. Inflation has since skyrocketed unabated. Recently, the country's trade balance deficit climbed to $25.71 billion. At the same time, its currency has continued to plummet in value: This year alone, it has dropped 23% against the dollar in fewer than six months — last year it lost 44%. The devaluation of the lira has meant that imports, such as energy and raw materials, have all gotten more expensive.

Erdogan hopes that his low interest rate policy will attract foreign investors, giving the economy a much-needed boost. On Monday, he promised to lead Turkey on a path that would put it among the world's top 10 economies. The Central Bank, whose head the president has replaced three times since 2019, is fully onboard with his policies. . Erdogan also replaced the head of TUIK, which calculates inflation rates, at the beginning of the year.

Ultimately, the president has one overarching goal: Re-election in 2023. He recently announced that he will be the candidate of the People's Alliance, a coalition between his Justice and Development Party (AKP) and the extreme-right Nationalist Movement Party (MHP). The MHP is known more broadly in Germany due to its affiliate neo-fascist partner, the Gray Wolves, which is under surveillance by Germany's domestic intelligence services.

Erdogan understands full well what affect inflation can have on election results: He founded his AKP during a political and economic crisis in 2001, at a time when inflation stood at nearly 70%. One year later, the AKP won a resounding majority of seats in national parliamentary elections and — with 365 of 550 seats —  catapulted Erdogan onto the scene as a hopeful reformer.

Back then, voters punished the country's ruling parties for their role in the crisis, with none even managing to clear the 10% hurdle to enter parliament.

Inflation in Turkey out of control