Greek Prime Minister Alexis Tsipras has seen a visit to Berlin overshadowed by ructions over bailouts for Greece and a teenage murder in Freiburg. An Afghan migrant released from a Greek jail is suspected of the crime. 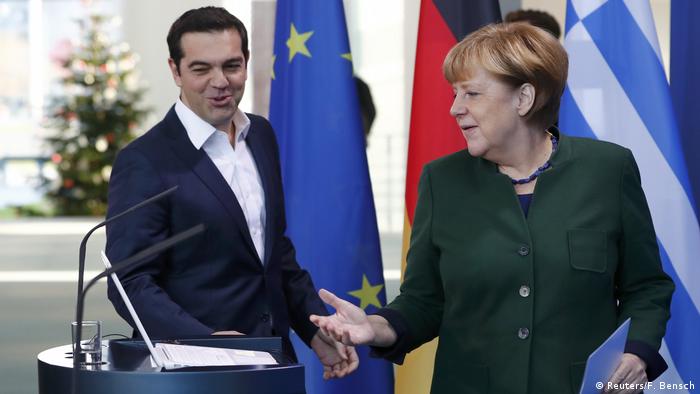 The young Afghan, whose identity is protected under the terms of Germany's journalism code, was arrested two weeks ago by police probing the rape and murder of a 19-year-old student in Freiburg, a city in southwestern Germany, near the Swiss border.

The case has dominated German headlines, with Chancellor Angela Merkel saying the crime should not be used to target "an entire group" of refugees - amid further debate about her "open-door" policy on refugees of last year.

At their initial press conference, Merkel and Tsipras (pictured above) made no direct reference to the case. Merkel focused instead on bilateral research and development efforts to reform Greece's troubled economy.

Tsipras predicted a Greek economic upturn at a rate of 2.7 percent growth next year. It had made enormous sacrifices, he said, since the 2009 global economic crisis and awaited courageous decisions by all European nations.

He reiterated Greek endorsement of the EU-Turkey treaty of last March that slowed refugee arrivals in Europe. He also spoke in favor of continuing diplomatic efforts to reunify divided Cyprus.

Details in Eurodac all along, says Greece

On Thursday, German Interior Minister Thomas de Maiziere accused Greek authorities of failing to issue an Interpol alert in October 2015 when Hussein K. vanished after an amnesty to alleviate overcrowding in Greek jails.

In 2014 he had been jailed by a Greek juvenile court for his attack in 2013 on a woman student on Corfu. He pushed her off a cliff, leaving her badly injured.

In response late on Thursday, the Greek justice ministry said that the suspect's fingerprints and other details had been lodged in the continent's Eurodac system from 2013. 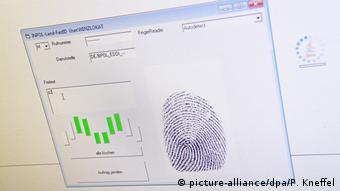 He was treated as an unaccompanied minor when he turned up as an asylum seeker in Germany in 2015 and was placed with a host family. His stated age of 17 has since been widely questioned.

Friday's meeting between Tsipras and Merkel was also expected to be clouded by frustration among European lenders over a one-off Christmas bonus to impoverished pensioners.

The premier, whose leftist government faces mounting protest over austerities, told reporters in Brussels on Thursday that the bonus would not derail economic recovery targets.

"I want to stress that these are measures that do not jeopardize the program, nor the primary surplus for 2016 and have no fiscal impact on 2017 and 2018," he said, adding that Greece was meeting its bailout pledges "to the letter."

On Thursday night thousands of pensioners, jaded by cuts that have pushed almost half of the Greece's elderly into poverty, marched through Athens.

On Wednesday, Jeroen Dijsselbloem, who heads Eurogroup lenders, said it was suspending debt relief for not being fully briefed on Tsipras' handout plan.