Eurozone finance ministers have approved part of a new bailout tranche for Greece. They said Athens had made good progress in implementing reforms, but added that some measures agreed on needed more attention. 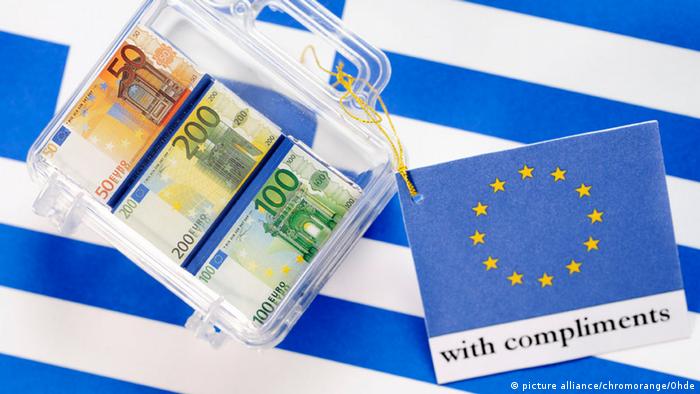 The finance ministers of the 19-member euro area on Monday gave the green light for Greece to be granted another 1.1 billion euros ($1.2 billion) in bailout money, while holding back a further 1.7 billion euros as Athens was found to not have cleared all outstanding arrears.

Meeting in Luxembourg, the ministers welcomed "the implementation by the Greek authorities of the set of 15 milestones" - the reform stepsthat were due to be completed under the country's current review by European creditors.

They also noted the "significant progress" made in arrears clearance, while warning that the process must be finalized later this month to qualify for the second part of the 2.8-billion-euro tranche.

New shot in the arm

The fresh money to be wired to Athens is part of a third bailout package to the tune of up to 86 billion euros that's linked to tight reform pledges by the Greek government, such as the overhaul of the pension system and the restructuring of the energy sector.

Measures that have not been fully implemented include the privatization of the national telephone company, OTE, as well as the liberalization of the labor market and party financing reform.

The current bailout tranche will come in handy in December when Athens needs to repay a 300-million-euro loan to the International Monetary Fund (IMF). The government also looks eager to receive fresh money to settle debts with domestic suppliers.

State assets, including water and electricity utilities, are to be transferred to a new asset fund created by international creditors. The plans have sparked demonstrations and public sector strikes across the country. (28.09.2016)