The order barring US entry for citizens from several mostly Muslim nations is chaotic and rushed, a legal expert tells DW. He adds that its implementation shows that Donald Trump is not competent to be president. 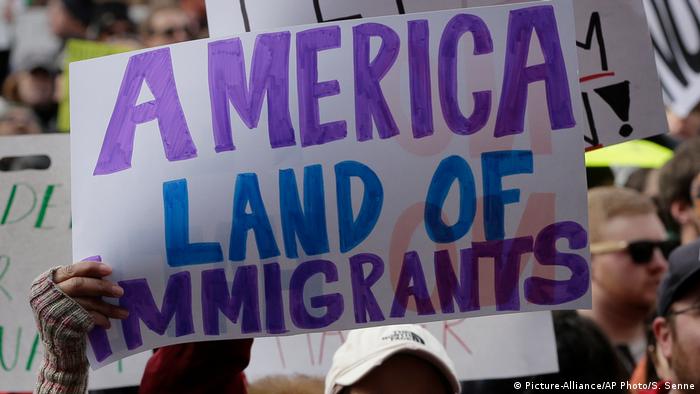 DW: Everything that has been happening since was triggered by President Donald Trump's executive order that went into effect Friday afternoon barring the entry of citizens from seven predominantly Muslim countries to the United States for 120 days, including Iraq, Syria, Iran, Libya, Somalia, Sudan and Yemen. Syrians have been indefinitely barred. What's your sense of the order from a legal perspective?

I think that both from the text of the order, including for example its focus on Islamic terrorism and not terrorism per se, and just more broadly from the context - particularly from Trump's anti-Muslim statements both before and after the election - that this has a clear anti-Muslim bias. So I think it is legally problematic for those reasons. 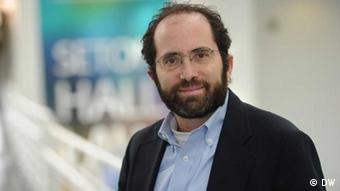 What do you make of the implementation of this order?

I think the implementation was just simply emblematic that President Trump is just simply not competent and capable of being President of the United States. This was rushed through. It did not go through individuals within the administration, lawyers and others, who have expertise in the area of immigration law. It was simply pushed through in haste and without consideration and you could see it in the results on the ground. It makes the United States look like a banana republic.

The executive order has left travelers from those countries not being able to travel to the US despite holding a valid US visa, and has seen many who've arrived in US airports being detained. Organizations like the ACLU went to court on this and scored an initial legal win. But what exactly does that mean, because the legal standoff has apparently still not been resolved?

What does this mean then for those people currently still being held at US airports and who are then apparently in legal limbo?

It certainly doesn't resolve the underlying issue and it leaves a number of people still in limbo. Some people with legal permanent resident status are reportedly being let into the country and White House chief of staff Reince Priebus said the administration would now let green card holders into the country subject to screening, although I am not sure how that has been implemented on the ground.

So some individuals have gotten in, but others are as said in legal limbo, individuals who had been approved as refugees, but also individuals who are travelling on student visas and work visas are also in legal limbo and many of them, I believe, are still being detained. So it has exacted a significant human cost as well as raising a number of legal issues.

So how does this play out, assuming that these people can't just stay at the airport until this is all resolved?

The broader case of the executive order is now subject to legal briefing. I know in the New York case the legal papers are due next month and then the issue will work its way through the courts. I think for individuals who are subject to continuing detention [they] will be seeking their release to the United States, at least temporarily, until the case can be resolved because there has been no individualized determination on any of these individuals posing even the remotest threat to the country. I think it would violate basic due process to hold these individuals in continued detention while the case is being resolved.

It is fundamentally un-American and it violates basic international law as well to continue to deprive people of their liberty while the validity of the order is being challenged on two tracks. There is going to be litigation over the validity of parts of the executive order and then you have individuals who are seeking, at least their temporary freedom so they are not sitting in detention while this legal issues play out in the court.

Jonathan Hafetz is professor of law at Seton Hall University who specializes in human rights, constitutional law and national security issues. Hafetz has litigated several cases in the US Supreme Court as well as federal courts, for instance on the Guantanamo Bay detention center.