Trump and Orban will meet at the White House for the first time on May 13 for talks on security and trade. Both leaders have taken tough anti-immigration stances and been criticized for policies viewed as anti-Muslim. 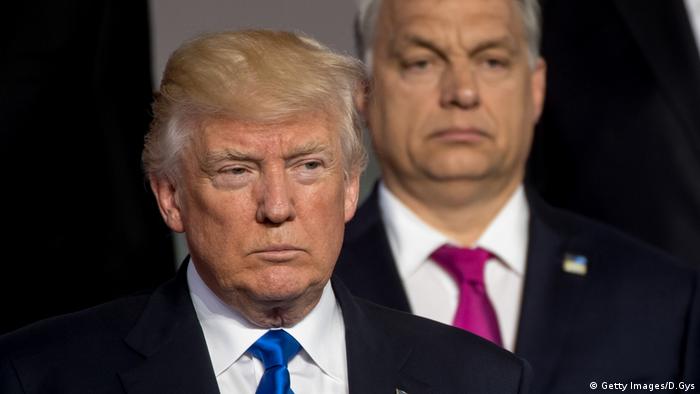 Hungarian Prime Minister Viktor Orban will meet with US President Donald Trump next week, the White House announced on Tuesday.

During the May 13 meeting, the two leaders "will discuss ways to deepen cooperation on a range of issues, including trade, energy, and cyber security," the White House said in a statement.

Trump and Orban will also mark Hungary's 20th anniversary as a NATO member, and hold talks on national security.

Both leaders have been criticized for their anti-immigration stances, with Orban once describing refugees from Muslim-majority countries as "Muslim invaders."

Orban clashed with Trump's predecessor, former US President Barack Obama, over what critics called an erosion of democratic values in Hungary.

Last summer, Orban delivered a speech saying that he hoped to push for "an alternative to liberal democracy" in the upcoming European Parliament elections. He dubbed his alternative a so-called Christian democracy which "gives priority to Christian culture" and is "anti-immigration."

Trump has long vowed to build a wall on the US southern border with Mexico and has attempted to prevent the arrival of asylum seekers.

Orban's hardline anti-immigration stance and critical remarks about the European Union have alienated him from other European leaders as well as former conservative allies.

In March, Orban's Fidesz party was suspended from the conservative European People's Party (EPP), the EU's largest and most influential political grouping.

On Monday, Orban withdrew his support for Manfred Weber, a German politician and former ally who is the EPP's main candidate to replace Juncker.

The UN has accused Hungary of illegally denying food for up to five days to failed asylum-seekers. Budapest replied it "is not responsible" for people whose asylum requests have been denied. (03.05.2019)