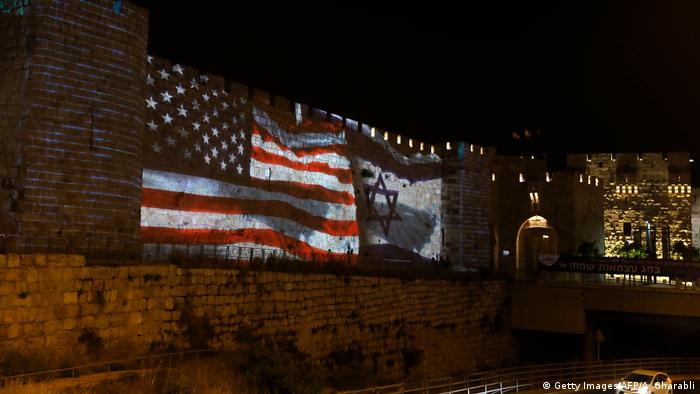 US President Donald Trump announced Thursday that he would unveil his Middle East peace plan in the coming days, ahead of a White House visit early next week by leading Israeli politicians. The plan has been delayed for over two years.

The proposal aimed at bringing peace to decadeslong conflict between Israel and the Palestinians is said to be dozens of pages long and to address contentious long-standing issues, such as the status of the city of Jerusalem.

However, few details on its political arrangements have been revealed, though the economic proposals have already been made public. The plan has been designed in large part by Trump's son-in-law and adviser, Jared Kushner.

"It's a great plan," Trump told reporters on Thursday on route to a political event in Florida. "It's a plan that really would work," he said, adding that both Israel and Palestinians want peace.

The plan will be revealed ahead of a Tuesday visit to the White House by Israel's current Prime Minister Benjamin Netanyahu and his main political rival Benny Gantz. US Vice President Mike Pence invited the rival politicians to meet with Trump during his visit to Israel. 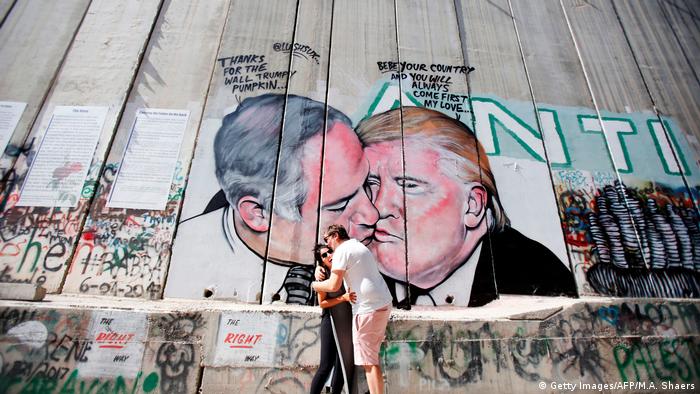 The two Israeli politicians are currently immersed in a head-to-head campaign for March's general election — a historic third vote in the space of a year following the failure of multiple collation negotiations.

The right-wing Netanyahu, who is mired in legal troubles, has found a close political ally in Trump. Netanyahu said he has accepted the offer to visit Washington, while it was unclear whether Gantz had accepted the invitation.

Should both Israeli politicians travel to the US, it is not yet known whether the US president intends to meet both leaders together or individually.

The peace plan, aimed at ending conflict between Israelis and Palestinians, is expected to be in line with the administration's previous Middle East policy decisions that have reversed long-held US positions in favor of Israel. These include failing to endorse a two-state solution, describing Israeli settlements as no longer contrary to international law and moving the US Embassy to the disputed city of Jerusalem.

The White House reportedly did not invite Palestinian representatives to Tuesday's meeting, though Trump said that his administration had talked to the Palestinians, who had rejected the plan.

"We've spoken to them briefly. But we will speak to them in a period of time,'' Trump said. "And they have a lot of incentive to do it. I'm sure they maybe will react negatively at first, but it's actually very positive to them."

The last round of Israeli-Palestinian peace talks collapsed in 2014.

Donald Trump's son-in-law has finally presented his economic plan that envisages prosperity for the Palestinian people. Expectations were high, but political realities are conspicuous by their absence. (25.06.2019)

The US wants to use a conference in Bahrain to push its "deal of the century" Middle East peace plan. The Palestinians are planning to boycott the event, while NGO's in the region struggle to cope with slashed funding. (21.06.2019)

For over half a century, disputes between Israelis and Palestinians over land, refugees and holy sites remain unresolved. DW gives you a short history of when the conflict flared and when attempts were made to end it.

Germany is hoping to revitalize the Middle East peace process that has laid mostly dormant since 2014. Foreign Minister Baerbock is set to visit Israel, the Palestinian territories, Jordan and Egypt.