The US Environmental Protection Agency head has said the administration will end the climate plan signed by Trump's predecessor. The Clean Power Plan was designed to reduce greenhouse gas emissions. 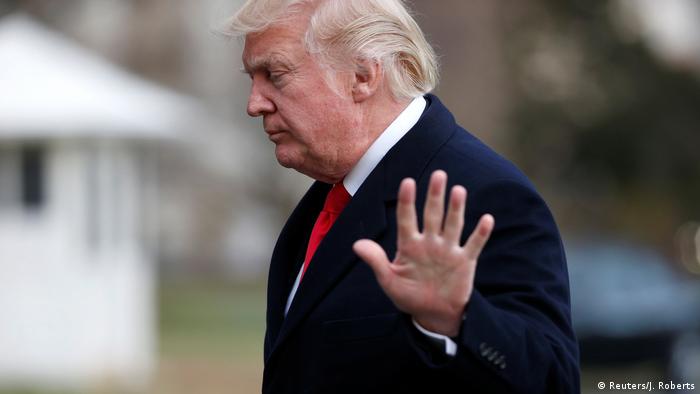 The head of the US Environmental Protection Agency (EPA), Scott Pruitt, said Monday he will sign a rule overriding the Clean Power Plan, an Obama-era set of regulations that restricted carbon emissions from power plants.

"Tomorrow in Washington, DC, I'll be signing a proposed rule to withdraw the so-called Clean Power Plan of the previous administration and thus begin the effort to withdraw that rule," Pruitt said at a political rally in Kentucky, a US state home to many coal miners.

"The war on coal is over," he said, adding that the Clean Power Plan picked "winners and losers and how we generate electricity in this country. That's wrong."

Does Trump have a point about coal?

Pruitt's new proposal will say that the Plan exceeds the EPA's legal authority by setting emissions restrictions that power plants could not reasonably meet. Once signed, a 60-day period starts in which stakeholders can comment on the agency's legal interpretation.

The Obama administration passed the Clean Power Plan in 2015, the first federal effort to reduce carbon emissions from power plants, which together emit nearly 40 percent of total US carbon emissions. The Plan aimed to reduce emissions in the US electricity industry by 32 percent below 2005 levels by 2030.

But the Plan's future had already been in doubt before Pruitt's announcement on Monday.

US President Donald Trump, who had campaigned as a candidate to "save coal" from Obama administration regulations, signed an executive order in March that blocked the Plan and called on the EPA to review whether it exceeded federal government authority. 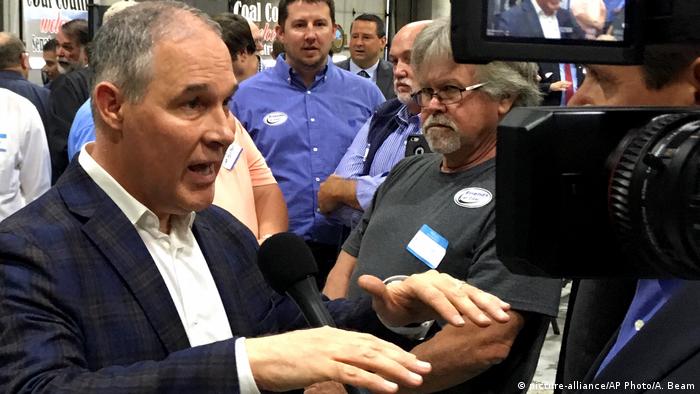 The Supreme Court had temporarily halted the Plan in February 2016 after deciding that legal challenges against the regulations would first have to be resolved. The coal industry and states home to coal plants had initiated the legal challenges, which included then-Oklahoma State Attorney Pruitt.

Repealing the Clean Power Plan would follow the Trump administration's controversial decision in June to pull the US out of the 2015 Paris Climate Accord.

The agreement had set reduction targets for carbon emissions for 196 signatory countries. The US's withdrawal sparked a ferocious international backlash.

But Pruitt said on Monday that Trump's decision to pull out was "courageous."

"He put America first and said to the rest of the world we are going to say no and exit the Paris Accord. That was the right thing to do."

Michael Brune, executive director of the Sierra Club, a US-based environmental organization, said in a statement: "With this news, Donald Trump and Scott Pruitt will go down in infamy for launching one of the most egregious attacks ever on public health, our climate, and the safety of every community in the United States."

He added that "the damage caused by Trump's willful ignorance will now have myriads of human faces, because he's proposing to throw out a plan that would prevent thousands of premature deaths and tens of thousands of childhood asthma attacks every year."

Ken Kimmell, president of the Union of Concerned Scientists, called the proposal to repeal Obama's climate plan "irrevocably tainted by a conflict of interest," referring to Pruitt's previous attempts to challenge the Clean Power Plan in court as Oklahoma attorney general.

Announcing his proposal to repeal restrictions on greenhouse gas emissions, Pruitt failed to make clear whether he would seek to issue a new rule without congressional approval —something GOP lawmakers had criticized the Obama administration for doing.

Regardless of approach, Pruitt's plan won’t become final for months, and even then, it will almost certainly face numerous legal challenges from left-leaning states and environmental groups.

A federal appeals court has ruled that EPA head Scott Pruitt overstepped his authority in trying to delay implementation of an Obama administration rule requiring oil and gas companies to reduce methane leaks. (04.07.2017)