US President Trump's environment chief Scott Pruitt has again denied that global warming is caused by emissions from fossil fuels. His claim grates with mainstream science, the UN's 2015 Paris accord and his own agency. 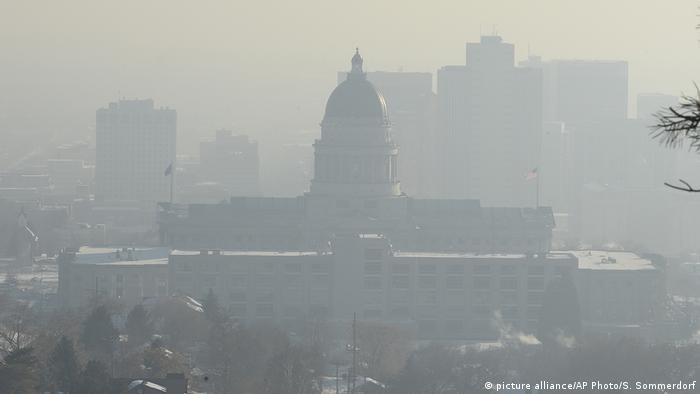 Scott Pruitt, the incoming head of the Environmental Protection Agency (EPA), told the American CNBC television channel that he "would not agree" that carbon dioxide from human activity was the primary cause of global warming.

Atmospheric scientists and environmentalists described Pruitt's stance as "plain wrong" and "200 years out of date," with Sierra Club director Michael Brune labeling Pruitt as an "arsonist" seemingly "happy to let the climate crisis burn out of control."

Pruitt, a climate change skeptic and former Oklahoma attorney general who helped sue the EPA 14 times, told CNBC that "tremendous disagreement" remained over human impact on the climate and said the Paris accord amounted to a "bad deal." 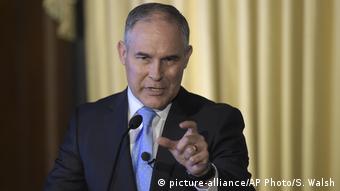 Kevin Trenberth, a senior scientist at the US National Center for Atmospheric Research, replied that Pruitt was "unqualified to run the EPA," insisting that the planet's warming "is primarily due" to carbon dioxide from burning fossil fuels. 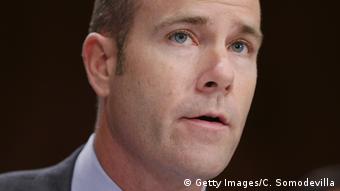 "Scott Pruitt is just plain wrong on this," Emanuel said.

"Mr Pruitt's knowledge is close to 200 years out of date," added Professor John Abraham of the University of St. Thomas' School of Engineering in Minnesota.

"Actually, scientists have known since the mid-1800s that carbon dioxide was a major greenhouse gas," said Abraham.

Pruitt's utterances Thursday ran counter to the scientific consensus that prompted 196 nations to agree on the Paris accord in 2015 aimed at slowing fossil fuel emissions.

His stance also jars with those of the US space agency (NASA), the National Oceanic and Atmospheric Administration (NOAA) and the EPA.

On its website, the EPA still says: "Carbon dioxide is the primary greenhouse gas that is contributing to recent climate change."

The past three years have seen modern records for global atmospheric heat broken.

"The mask is off. After obscuring his true views during his Senate confirmation hearings, Scott Pruitt has outed himself as a pure climate denier," said David Donziger of the National Resources Defense Council.

Technical measures to curb emissions from burning coal, oil and gas are the focus of a major follow-on UN conference, the "COP 23," to be held in Bonn in November this year.

Some 20,000 delegates will meet under the chairmanship of the Pacific nation of Fiji.

Bonn hosts the headquarters of the UN's climate secretariat and 18 other UN entities, including agencies to safeguard wildlife diversity.

Its climate secretariat head Patricia Espinosa, a Mexican diplomat, told the German news agency dpa that she was struck by the many business executives who had said: "We must manage the switch to alternative energies."

The solar industry in the United States had grown very strongly, she said, adding that - at the point in time - 127 nations had ratified the Paris agreement.

Between 2003 and 2010, Greenland lost ice nearly three times as fast as it did during the 20th century, according to a new study. The obervation-based data also provides new insight into rising sea levels. (16.12.2015)