A study by the World Metereological Organization has found that global temperatures were the highest on record this year. The findings confirm reports that heat records were broken for the third year running in 2016. 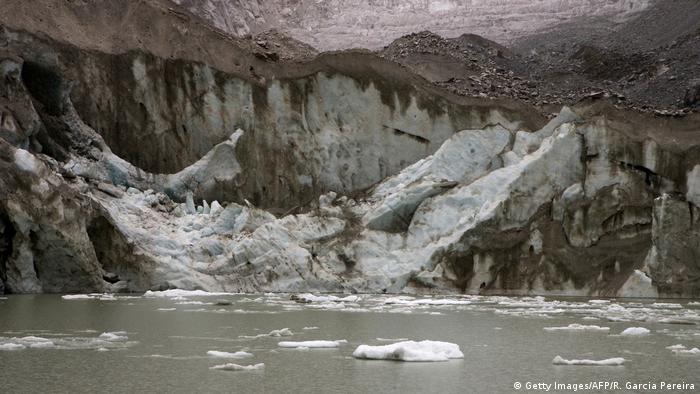 A melting glacier in Huaraz, Peru

Global average temperatures went up by 1.1 degree Celsius (1.98 Fahrenheit) above pre-industrial levels and above 0.07 degrees Celsius above the record set in 2015, the UN said.

"2016 was an extreme year for the global climate and stands out as the hottest year on the record," Petteri Taalas, the World Meteorological Organizations secretary general, said in a statement. "Long-term indicators of human-caused climate change reached new heights in 2016," he added.

"We have also broken sea ice minimum records in the Arctic and Antarctic," he elaborated, adding that the Arctic was warming twice as fast as the global average. The agency had based its findings on the US National Oceanic and Atmospheric Administration, NASA's Goddard Institute for Space Studies, the UK's Met Office Headley Centre and the University of East Anglia's Climatic Research Unit.

Earlier, a study by the US National Oceanic and Atmospheric Administration had reported that surface temperatures over land and the oceans in 2016 had increased by 0.94 degrees Celsius above the 20th century average of 13.9 degrees Celsius (57.0 Fahrenheit). The US space agency NASA, the UK's Met office and the University of Anglia also reported similar figures, confirming 2016 was the hottest year on record.

Gavin Schmidt, director of NASA's Goddard Institute for Space Studies, said that such records weren't to be expected every year, but that the ongoing trend of "long-term warming" was clear.

The main reason for the rise was the burning of fossil fuels like oil and gas which sent carbon dioxide, methane and other greenhouse gases into the atmosphere. The El Nino effect also contributed in raising the planet's temperature, experts said.

By contrast, this year was likely to be cooler, Piers Foster, climate expert at the University of Leeds, said. "However, unless we have a major volcanic eruption, I expect the record to be broken again within a few years," he said.

A report released Wednesday by the German Environment Ministry indicates that Germany may not reach its 2020 target for cutting greenhouse gas emissions by 40 percent from 1990. Its coal power plants are to blame. (15.12.2016)

Temperatures in the Arctic region have reached record highs in the past days. Climate scientists blame the development on global warming. (24.12.2016)