Between 2003 and 2010, Greenland lost ice nearly three times as fast as it did during the 20th century, according to a new study. The obervation-based data also provides new insight into rising sea levels. 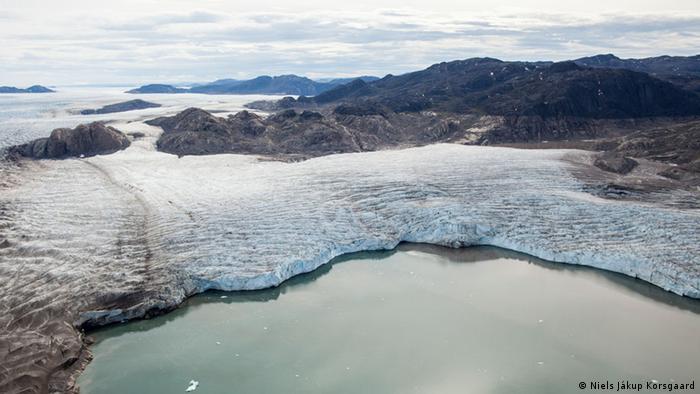 New research has found that Greenland lost 9,000 gigatons of ice between 1900 and 2010 - and melting has accelerated dramtically over recent years.

Until 2003, around 75 gigatons a year of Greenland's ice was disappearing each year. But during the following seven years, that almost tripled to 186.4 gigatons per year.

Scientists at the University of Copenhagen studied Greenland's glaciers with the help of aerial photography, allowing them to make the first direct observation-based estimate of Greenland's ice sheet loss for the years before 1992.

Previous estimates have all been based on computer models.

The study, published in Nature, found that Greenland's ice melt pushed up sea levels by at least 25 millimeters since 1900 – meaning it was responsible for 10 to 18 percent of total global sea level rise over this period.

Going back in time

The researchers analyzed aerial photos taken to make maps of Greenland in the 1980s.

"There is this line in the landscape," Kristian Kjeldsen, one of the scientists behind the study told DW, "you see it when you walk around the landscape or when you look at photos from Greenland."

This so-called "trimline" shows how far the retreating glaciers once reached. "Below it, the bedrock is almost polished and vegetation didn't have time to grow."

Glaciers also push rocks and sediment forward as they move across the land, leaving traces of their retreat. 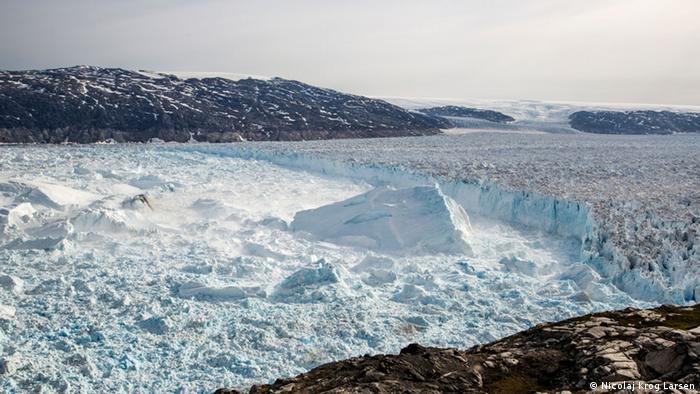 Melting away: the Helheim Glacier in southeast Greenland

The researchers analyzed these marks on the landscape to gauge the maximum extent of the ice during the Little Ice Age at the 19th century that left Greenland covered in snow and ice.

As things warmed up again, the glaciers retreated.

That is partly a natural process, says Klaus Grosfeld, climate scientist at the Alfred Wegener Institute in Bremerhaven, Germany. A cooler period ended and a warmer one began. But human impact has accelerated the process, with ice melting dramatically faster in recent years.

"You can see that a big change is taking place," Grosfeld said.

That change is climate change.

Implications for the next IPCC report

The researchers say the new results will "close a gap" in estimates of global sea-level rise by the United Nations Intergovernmental Panel on Climate Change (IPCC).

In its fifth assessment report of 2013, the IPCC analyzed changes in global sea level during the twentieth century. But the melting of Greenland and Antarctica's ice sheets were left out of the equation, because there was no data from direct observations for the first half of the 20th century.

"The IPCC reports only use observation-based data, not data-derived from models," Kjeldsen told DW. 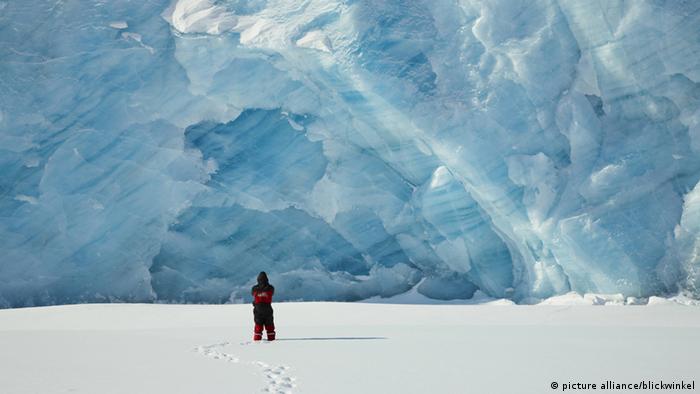 Now that data is available.

"As a consequence, we are one step further in mapping out the individual contributions to global sea level rise," said Kjeldsen's colleague Kurt Kjær in a press release. "In order to predict future sea level changes and have confidence in the projections, it is essential to understand what happened in the past."

Grosfeld agrees that this marks an important step forward.

"These historical data show us the base level," he told DW. "With these data we can calibrate our computer models and are able to better simulate the future."

Grosfeld says that the impact of Greenland's ice loss on sea levels will continue to increase. "It used to cause 0.2 millimeters of sea level rise per year at the end of the last century," he said. "That has already tripled – at the moment it is 0.6 millimeters."

The study found Greenland has lost most ice from two areas in its northwest and along the southeast coasts. At these points, glaciers jut out into the ocean where they are exposed to warmer waters of the Gulf Stream.

"That we can go down to a regional scale is unique," Kjeldsen said, adding that most models to date have produced general results for the whole of Greenland.

This year, Greenland experienced its first significant melting event since 2012, the National Snow and Ice Data Center at the University of Colorado Boulder in the US reported in November: "Melt extent in Greenland was above average in 2015, ranking 11th highest in the 37 year record from satellite data."

And it's not just Greenland that's affected. A new report by the National Oceanic and Atmospheric Administration found the Arctic is heating up, too. Air temperatures are the hottest in 115 years, at 1.3 degree Celsius above average, and 3 degrees higher than at the beginning of the 20th century.

"Warming is happening more than twice as fast in the Arctic than anywhere else in the world," said NOAA chief scientist Rick Spinrad at the annual American Geophysical Union fall meeting in San Francisco.

With the global agreement in Paris this month, world leaders are making a bid to slow this catastrophic process. With the new data, researchers hope they will at least have a better understanding of what is at stake.