They go to paddle between glistening icebergs or ski on blinding white ice, but a rising number of polar tourists get to see something else, too: the monumental changes wrought by global warming. 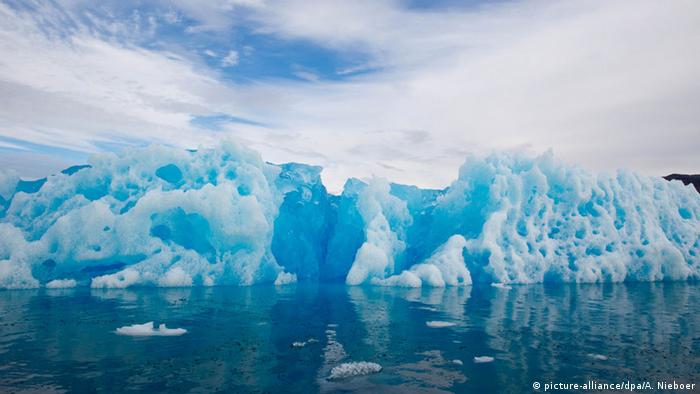 Polar holidaymakers see the ice shelves and soaring glaciers thaw before their eyes, making them important witnesses to a threatened landscape, activists and tour companies say. The Antarctic Peninsula and Arctic are considered global hotspots, warming at double the average rate for the planet.

Antarctica's Pine Island Glacier, one of the biggest single contributors to world sea-level rise, is melting irreversibly, scientists say. The Arctic ice cap is melting faster than ever before, threatening to push so much fresh water into the North Atlantic that it could disrupt how the ocean regulates global temperatures, a prominent oceanographer has warned. 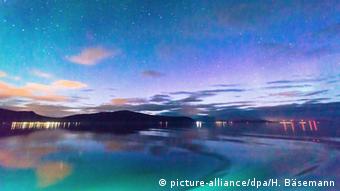 On Norway's Lofoten Islands north of the Arctic Circle, the warmer temperatures are noticeable. "To find yourself walking about in shorts with a temperature of 25 degrees (C, 77F) at the beginning of June in Svolvaer, when the average temperature for the previous 10 years was 12 degrees, that is completely unheard of," said Margaux Maury, a French tourist who spent 10 days on the archipelago.

"It really makes you realize that global warming has taken hold." Such experiences could help sound the alarm about the impact of global warming at the poles, said French adventurer Nicolas Varnier. "People should go discover the polar zone, but of course not in any old way," said Vanier, who has directed a number of films set in the Arctic. "It could be a great opportunity as we need ambassadors to stand witness to the upheavals caused by global warming, which are so rapid and strong that even nature has not had the time to react," he added.

The director, whose films include "Belle & Sebastian", "Wolf" and "The Last Trapper", said polar tourism has become more interesting as the regions have become frozen deserts. "If I had made my trips to the far north a century ago I could have stopped in small villages, but today all the indigenous people are now concentrated in airport-cities," said Vanier, who is known for travelling with sled dogs. 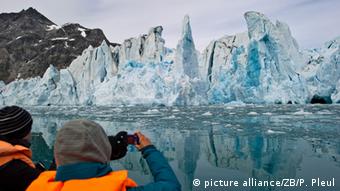 Some 70,000 tourists visited Greenland in 2014, and more than 40,000 visited Norway's Svalbard archipelago, according to the Association of Arctic Expedition Cruise Operators. Interest in polar tourism is increasing, said Daniel Skjeldam, head of the Norwegian company Hurtigruten, which specializes in polar cruises. The company registered an eight percent rise in guest nights between 2013 and 2014, he said. "By travelling in the polar waters you can see some of the challenges that we face in the world today like melting glaciers and climate change," Skjeldam said.

In the Antarctic, some 40,000 tourists, mostly aboard cruise ships, are expected in the 2015-16 season, a 50 percent increase from just four years ago, according to the IAATO association of tour operators that organize to the region. 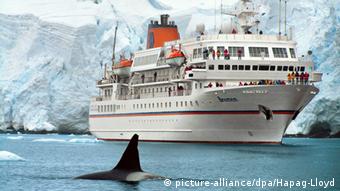 The flip side - making tourism an environmental risk

About a quarter of those will not set foot on Antarctica, however, thanks to a 1994 treaty that protects its fragile environment. The treaty imposes a limit on ships that dock to under 500 passengers, and allows only 100 people ashore at a time. Those who go ashore must have the soles of their boots washed and their belongings brushed off to prevent the introduction of diseases and non-native species.

"In Antarctica, mass tourism will not happen because of the regulations," said Skjeldam. "I would love to see the same regulations in the Arctic waters, so that you do not get people acting like cowboys," he said, calling for limits to prevent ships with 5,000 passengers and huge fuel tanks from plying the nearly pristine waters. 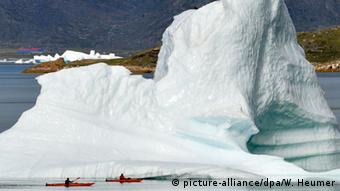 How much longer can past times like kayak tours in Greenland, be enjoyed?

Eight countries that share the Arctic - Canada, Denmark, Finland, Iceland, Norway, Russia, Sweden and the United States - have adopted common rules to protect the area but they are less restrictive than in the Antarctic, said Lionel Habasque, head of French tour operator Grand Nord Grand Large.

Greenland is in the process of adopting tougher rules, he said, but for the moment the size of cruise ships is limited only by the fact they must dock in one of the country's three largest ports.

Habasque's company, which organizes trips for between 10 and 140 passengers for hiking, nordic skiing or kayaking among icebergs, has seen its business grow by 20 percent amid a surge in popularity for polar trips. "There is nothing more magical than to be at the reins of your own team of dogs on a vast frozen plain, to hear nothing but the sled's runners glide through the snow," said Dominique Albouy, a tour leader at Grand Nord Grand Large.