Trump administration to ban Chinese airlines entry to US

The White House plans to bar Chinese passenger planes from flying to the US until Beijing permits US air carriers to resume flights. US-China tensions have increased significantly since the coronavirus outbreak. 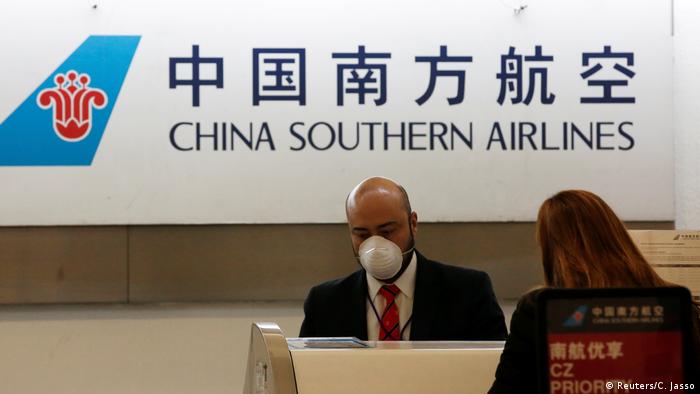 President Donald Trump's administration plans to prevent Chinese passenger planes from flying to the United States, a move made in response to China's reluctance to allow incoming US air carriers.

Washington's move, announced Wednesday, comes after Beijing failed to follow an existing accord on flights between the two countries.

Read more: Germany wants to mediate between US and China during EU presidency

Relations between the world's two largest economies have been particularly strained of late in the wake of the coronavirus pandemic and the restrictions are expected to come into play from June 16. However, that date may yet be brought forward, sources speaking to Reuters on condition of anonymity confirmed.

Delta Air Lines and United Airlines have asked to resume flights to China, as Chinese carriers were able to continue US flights throughout the coronavirus pandemic.

At the end of January, the Trump administration prevented non-US citizens who had been in China in the previous 14 days from coming into the country — but did not impose any restrictions on Chinese airlines. Major US airlines put a halt to all passenger flights to China of their own accord in February.