US President Donald Trump's administration has decided to allow hunters to import the body parts of African elephants killed for sport. Conservation groups have decried the move, saying it won't aid conservation efforts. 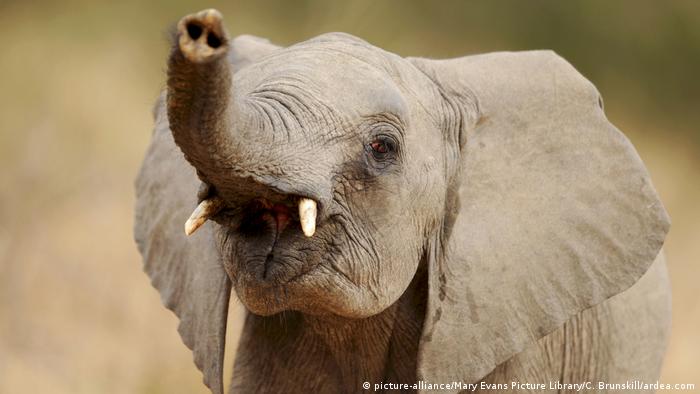 Big-game hunters will now be allowed to import the body parts of elephants they've killed from two African countries, the Trump administration announced on Thursday, arguing that the money generated from wealthy trophy hunters would help the species.

The US Fish and Wildlife Service said it would allow the import of elephant trophies from Zimbabwe and Zambia through 2018, saying the move "will enhance the survival of the species in the wild."

They argued that the ban reversal will raise money for conservation programs from hunters who pay to shoot them, noting that Zambia and Zimbabwe made changes to their elephant conservation efforts since the ban was implemented.

"Legal, well-regulated sport hunting as part of a sound management program can benefit certain species by providing incentives to local communities to conserve those species and by putting much-needed revenue back into conservation," the agency said in a statement.

Thursday's move reverses a 2014 ban imposed by former US President Barack Obama's administration which blocked the importation of elephant tusks and hides from animals killed for sport.

African elephant populations dropped by some 30 percent between 2007 and 2014, according to a report last year.

Conservation groups quickly responded to the ban reversal, criticizing not only the Trump administration's reasoning, but also their timing.

Zimbabwe was plunged into political uncertainty this week after the country's longtime President Robert Mugabe was placed under house arrest by the country's army.

"With tanks in the streets, whoever is actually running the Zimbabwe government just can't be trusted to protect elephants from slaughter by poachers," said Tanya Sanerib, a lawyer with the advocacy group Center for Biological Diversity, who called the timing "bizarre."

Other opponents of the ban took to social media to voice their outrage, with many noting that Trump's eldest sons are avid big-game hunters. They frequently posed for pictures with the animals they've killed during hunts, including one of Donald Jr. holding the cut-off tail of a slain elephant.

Chelsea Clinton, the daughter of former Secretary of State Hillary Clinton and former US President Bill Clinton, said the move was "infuriating" and that it "will increase poaching."

The African elephant, the world's largest land mammal, has been classified as "threatened" under the US Endangered Species Act since 1979.

In June, the Trump administration removed long-standing protections for grizzly bears near Yellowstone National Park, potentially allowing for them to be hunted.

China clamps down on ivory trade