Trump administration backs off 'zero tolerance' while insisting it continues

The US border agency head said that criminal prosecution of migrant families will cease — for now. The move undoes a key part of Donald Trump's "zero-tolerance" policy, but not all officials seem to be on the same page. 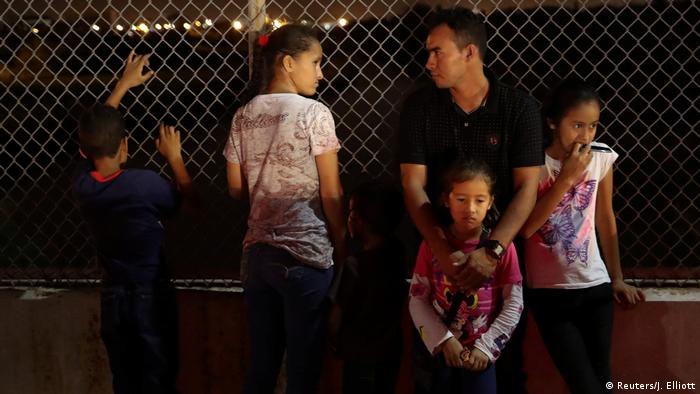 Parents who try to illegally enter the United States from Mexico with their children will not be handed over to authorities for prosecution for the foreseeable future, the US' top border security agent said on Monday at a Texas processing center.

The announcement marked a significant retreat on a main element of Donald Trump's "zero tolerance" immigration policy, which calls for every undocumented individual caught crossing into the US to be charged criminally, even if the person is requesting asylum.

The announcement also added to the confusion over Trump's immigration policy, which he was forced to modify in the past week, as statements from other White House officials on the prosecution suspension appeared to contradict one another.

No more prosecution of parents

Kevin McAleenan, the Customs and Border Protection commissioner told AP news agency and The New York Times that that migrant parents would not be delivered to criminal authorities until the US could figure out how to prosecute the adults without having to separate them from their children.

Only if the parents or guardians had a criminal history or the child's welfare was in question would the parents face prosecution, McAleenan said. 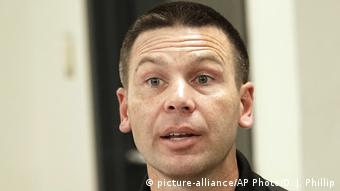 As part of the "zero-tolerance" policy, Trump had ordered that families be separated upon crossing the border so that the parents could be prosecuted. The president  was forced to end this order last week following a bi-partisan, global outcry over the issue, but not before more than 2,000 children had been taken away from the parents.

Many still remain separated. The White House has yet to provide a plan for having them reunited.

The return of catch-and-release

McAleenan said that the Customs and Border Protection stopped sending adults for prosecution just hours after Trump reversed his family-separation policy. Instead, the decision seems to indicate a revival of the "catch-and-release," a process much maligned by the Trump administration that sees undocumented families released into the US until they are called to appear in court.

Despite the fact that the suspension of prosecutions abandons Trump's call to blanket prosecute all border crossers, McAleen insisted that the "zero-tolerance" policy remained intact.

The border commissioner also said that his agency and the Justice Department should come up with a policy "where adults who bring their kids across the border — who violate our law and risk their lives at the border — can be prosecuted without an extended separation from their children."

McAleenan was not the only administration official to comment Monday on border prosecutions, however, and the various messages created a confusing and contradictory picture on the state of the "zero-tolerance" policy.

McAleenan's announcement came shortly after the head of the Justice Department, Attorney General Jeff Sessions, insisted that the "zero-tolerance" policy remained in full effect. He also claimed that many children were brought illegally to the US by violent gang members, echoing rhetoric used by the president.

"The president has made this clear: We are going to prosecute those adults who came here illegally," Sessions said during a speech in Reno.

White House spokeswoman Sarah Sanders said there had been no official change in the "zero-tolerance" policy, but admitted to the inability to enforce it due to limited resources.

"We're working with Congress, hopefully, to provide more resources and the ability to actually enforce the law," she said, according to The New York Times.

Trump reversed his policy of separating children from their parents at the border, but his tough immigration stance endures. The White House newly pushed back against critics who say his latest call is unconstitutional. (25.06.2018)