Activists say Donald Trump's reversal on separating families does little to help the thousands of children forcibly removed from their parents — the damage has already been done. Clare Richardson reports from San Diego. 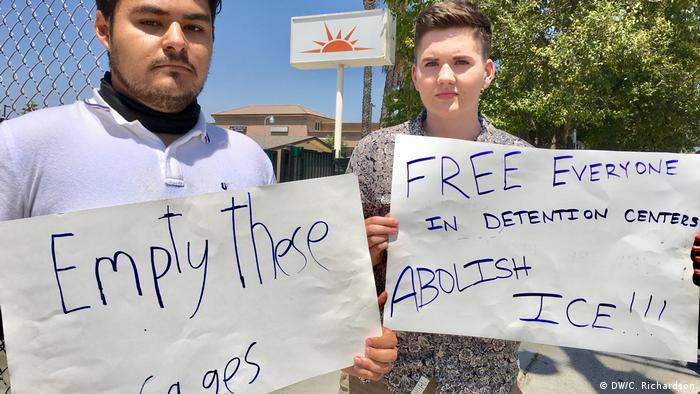 Hours after US President Donald Trump backtracked on his administration's practice of intentionally separating migrant children from their parents, Hugo Castro joined other activists coloring in the lines of protest placards reading, "Families Belong Together." He said that despite the reversal, he was still planning to attend a demonstration expected to draw thousands in San Diego this weekend.

"It's not enough," said the Tijuana coordinator for Border Angels, an organization that offers free legal consultations for immigrants and delivers water to hot stretches of desert where people make often deadly journeys to cross from Mexico into the US.

Although activists and immigration rights groups welcomed Trump's policy reversal, they say the development does nothing to help the children who have been traumatized already or to address deeper issues at the root of the problem.

"We have to change the perception that Donald Trump is injecting into common Americans that migrants are less than human," Castro told DW. 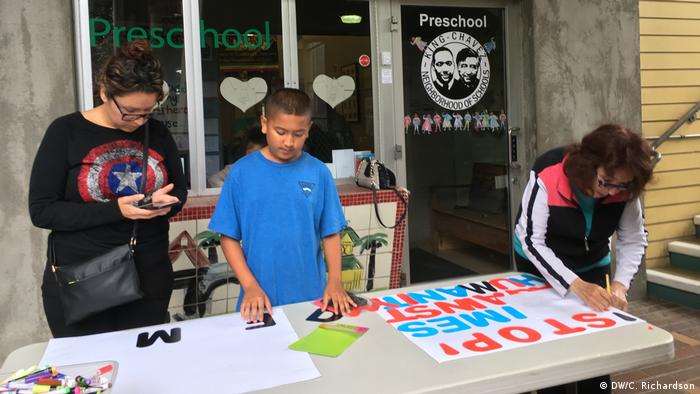 Protesters say Trump's reversal is mere window-dressing, the damage has already been done

On Wednesday, Trump signed an executive order to end family separations but maintain his administration's zero-tolerance policy that would detain and prosecute everyone apprehended, even if they try to request asylum. The practice had stoked public outrage and was widely seen as an ineffective, cruel policy that would do lasting damage to children's well-being. Images of kids surrounded by chain-link fences and sleeping on the floor with emergency blankets coupled with audio released by ProPublica that captured the sobs of children at a detention facility howling for their parents sparked a wave of furious calls to lawmakers and international condemnation. A poll published on Monday by Quinnipiac University showed that two-thirds of Americans were against separating children from their parents, but a majority of Republican voters supported the idea.

A day before Trump's announcement, a smattering of protesters stood outside a shelter for migrant children in El Cajon, a city in San Diego County, that was caring for some of the children who had been intentionally split from their families.

"I'm not a very political person but you just have to stand up against this," said local resident Anthony, who held signs by the side of the road with two of his children. "These people came here seeking help and instead these children were ripped away from their families and I just think that's wrong — especially as a parent myself."

What next for children taken from their parents?

Trump bowing to pressure does nothing for the children already taken from their families. The likelihood that they'll be reunited with their parents swiftly — if at all — looks grim. US administration officials said on Wednesday that they had no plan on how to bring them back together.

Many are already in shelters operated by government-contracted non-profit groups to care for what the US calls Unaccompanied Alien Children — migrant children who came to the US without a guardian. The Department of Health and Human Services says kids spend on average fewer than two months in these facilities. While some are eventually reunited with their families if the parents are able to clear the federal criminal system, others go into the already overburdened foster care system. 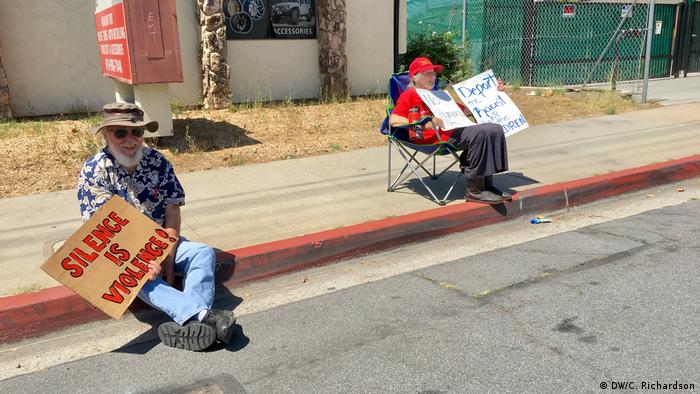 Wholesale criminal charges and sentences against immigrants is nothing new in the United States, but the zero-tolerance policy means authorities must detain everyone, including people who have committed minor infractions.

"Historically if those people were asylum seekers we didn't prosecute them criminally. There was no need if you knew they were just trying to get into this country for safety," Bardis Vakili, a senior staff attorney at the American Civil Liberties Union (ACLU), told DW. "Discretion was used to figure out who to prosecute." His organization has launched a class action lawsuit representing families whose children were taken away at ports of entry.

Tip of the iceberg for immigration problems

Holding children in detention indefinitely with their parents might be marginally better than keeping them apart, but many in San Diego said the problem runs much deeper and reflects the Trump administration's dangerous rhetoric about Latinos.

"People are tired of victims of forced migration being treated as criminals," Castro said, referring to the Central Americans fleeing violence to the US. "This is a country built by immigrants. Perceptions have to change."

He sees one silver lining; the chaos has catapulted the suffering of immigrants at the United States' southern border into the limelight and garnered the attention of Americans who otherwise would be disinterested, but whose support is key for reforming immigration policies.

Yet for the more than 2,300 children who have been split up from their parents since early May, the damage has already been done.