US opens new housing at Mexico border for migrant children, amid outcry

Nearly 2,000 children have been separated from their families at the US-Mexico border in six weeks. Despite widespread condemnation, the Trump administration defended the policy, saying it was just enforcing the law.

Due to an increasing number of migrant children in government custody, officials in US President Donald Trump's administration confirmed on Friday that a temporary encampment near the US-Mexico border in Texas had been built.

The new shelter, which consists of large tent structures, opened on Thursday and has the capacity to hold 360 children. The temporary camp is located near an official border crossing point, some 35 miles (55 kilometers) southeast of the Texan city of El Paso.

According to Kenneth Wolfe of the US Department of Health and Human Services (HHS) the shelter was designated for "minors referred by DHS (Department of Homeland Security) to HHS for our unaccompanied alien children program." 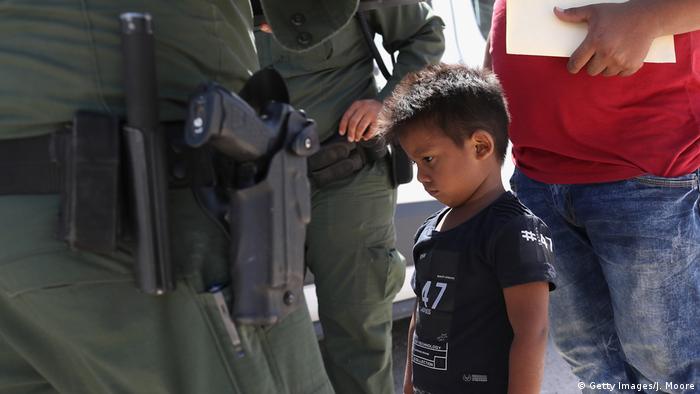 DHS confirmed on Friday to the Associated Press news agency that some 1,995 minors were separated from 1,940 adults from April 19 through May 31. DHS did not provide a breakdown of the separations by age, but the reasons were illegal entry, immigration violations or possible criminal conduct by the adult parent.

The startling figure is a result of a new directive from Attorney General Jeff Sessions, who on April 6 announced a "zero tolerance" policy on immigration, which would refer all cases of illegal entry for criminal prosecution.

Cases that involved families were typically sent for civil deportation proceedings. These allow children to remain with their parents. The new directive eliminates that option and has led to the separation and internment of the children in temporary shelters.

The Trump administration has come under fire for both the criminalization of all immigration cases and the family separations. Stories of weeping children, including infants, torn from the arms of frightened parents, flooded the media and a chorus of church groups, politicians and children's advocates called the practice inhumane.

House Democratic leader Nancy Pelosi decried the policy as "barbaric" and said that President Trump had the power to stop it.

House Speaker Paul Ryan and other Republicans distanced themselves from the White House, saying they were not comfortable with family separations. "We don't want kids to be separated from their parents," Ryan said on Thursday.

In a pointed critique, the US Conference of Catholic Bishops called the practice of separating babies from their mothers "immoral" and not the answer. 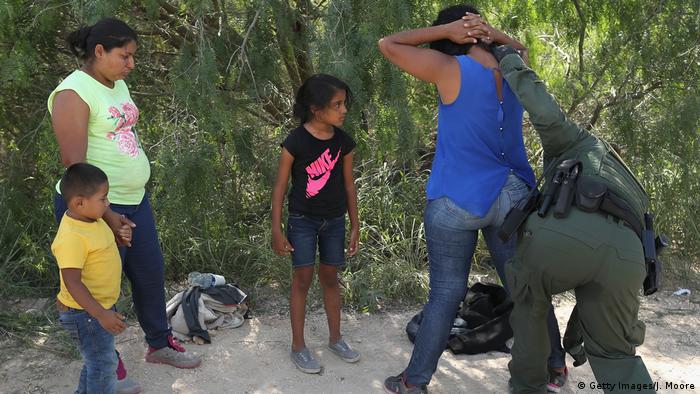 A family being taken into custody at the US border

But the administration has been unapologetic, saying that their goal is merely to follow the law, blaming Democrats for having created the situation in the first place.

In response to the criticism of the Conference of Catholic Bishops, Attorney General Jeff Sessions cited the bible to defend the controversial policy.

"I would cite you to the Apostle Paul and his clear and wise command in Romans 13, to obey the laws of the government because God has ordained them for the purpose of order," Sessions said.

The comments sparked outrage and a heated exchange between journalists and the White House press office. But spokeswoman Sarah Huckabee Sanders did not flinch.

"I can say that it is very biblical to enforce the law. That is actually repeated a number of times throughout the Bible," she said. "It's a moral policy to follow and enforce the law."

The outrage has put pressure on Republicans to present immigration legislation. By Friday, Republican leaders were said to be putting the finishing touches on two bills in the House of Representatives. One of the bills would be a hard-right proposal and the other one a more moderate compromise.

The compromise bill would provide citizenship to young immigrants brought to the US illegally as children, and reduce the family separations.

Trump caused confusion when he said on television on Friday that he would not sign the moderate bill. The White House then drew back from his comments and indicated the president was ready to consider both.