Trans author Vivek Shraya on what she loves about being Queer | Culture | Arts, music and lifestyle reporting from Germany | DW | 22.10.2021

Trans author Vivek Shraya on what she loves about being Queer

Canadian author and artist Vivek Shraya speaks to DW about coming out as a trans woman and why there are no straight answers to the Queer question. Forty-year-old Vivek Shraya is a prolific artist, dabbling in various art forms including dance, photography, film, theater and writing. Part of Canada's entourage to the Frankfurt Book Fair this year, Shraya uses her art to offer viewers and readers a deeper perspective into queer life and identity.

Her non-fiction includes the book, I am Afraid of Men (2018) and the compilation What I Love about being Queer (2013), while her fictional works include The Subtweet (2020), and How to Fail as a Popstar, released in March this year. She also makes short films and is currently teaching at the Department of English, University of Calgary.

She also spoke at this year's Frankfurt Book Fair. In an interview with DW, she talks about coming to terms with her Queer identity and about exploring the concept of gender through artistic expression.

DW: Was there a point in your life when you decided you identified yourself as Queer and wanted to come out?

Vivek Shraya: I think one of the hard experiences for me was that I was told who I was before I had the opportunity to tell myself who I was. At a young age I was called all kinds of homophobic slurs, so it was a weird thing for people to know something about you that you didn't know. I had Brown parents and I didn't know what gay meant, so when kids were calling me 'gay' or 'fag,' I was like, 'I don't know what that means.' I couldn't ask my parents because they didn't know either.

Why did people react to you in that manner?

To be honest, I think it had nothing to do with my sexuality. These words, 'gay' and 'Queer' are about sexual orientation, but I think what was happening was my gender — that I wasn't acting like a typical boy. I liked the arts, I was more creative, I had lots of female friends, I wasn't super-macho.

With Indian masculinity actually, those things are fine — consider the Hindu gods. What we see as very feminine in North America is masculine in Indian culture. But in North America, liking to sing and dance as a young boy was immediately seen as wrong. Anyway, when I realized I was queer, it took me a long time to embrace it. How do you embrace something that people have told you is negative from your childhood?

Which movies in particular?

We all watched Philadelphia in the 90s. I was like, "Oh, that is what's going to happen to me. I'm going to get this disease and I'm going to die." How do you know any better? This was before the internet. And when you look at Brokeback Mountain, another big Queer film, the person got gay-bashed. So I wanted to make something different that showed a unique perspective, a different message: What are the things about Queerness that are awesome?

In a lot of ways, that's my approach in my art; I try to show a different angle. We have an idea about one thing, let's say masculinity. So when I am Afraid of Men was written, during the time of #MeToo when so much of the conversation was dominated by white, cisgender women, it was a perspective from a trans-female of color, which we weren't seeing a lot of in the mainstream discourse.

I hate when people say to me, "I love your book; I hate all men." And it's like, no, I don't hate all men, because for me, the tension in the book is what it means to love men and desire men, but still be afraid. 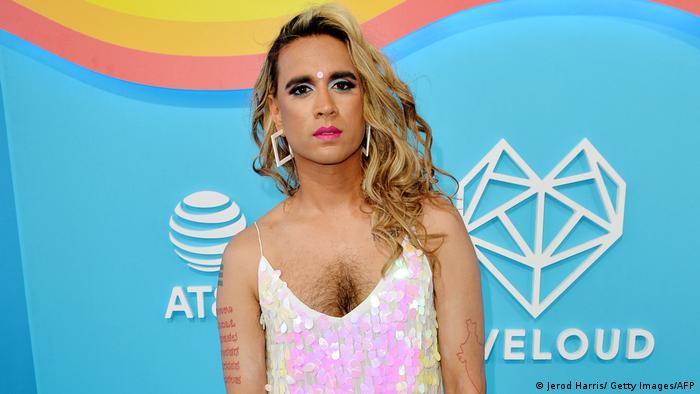 There are passages in the book where you describe disturbing encounters with men. How did you cope?

I think art is such an incredible cure. In making art about my experiences and my identities, my hope is to bring greater visibility to these issues so that people who read my work can change their perspective on what they don't know or what they might have prejudices against.

I have gone to therapy, I have close friends and family I talk to and there are some days that are harder than others, but I don't want the takeaway of my work to be: "Oh, her life is so difficult!" Those things are true, but at the end of the day it's not about eliciting pity. I'm never making this work because I want people to feel sorry for me.

It's interesting that you talk about your art as a cure because many people have this 'positive' bias that Queer people are more sensitive.

One thing I will say is that when being Queer or even marginalized, you have to learn who you are and be very self-aware in a way that a lot of people who are privileged don't have to. From a young age, I have been hyper-aware of my body language, my eye-language, the way that I walk. On top of that, I'm very aware of my surroundings. So one gift, if you will, of being Queer is that we learn to become a lot more self-aware, usually because it's a form of survival.

On the other hand, one might think that because someone is Queer, they'll be more open-minded. And I found over and over again that that's not true. 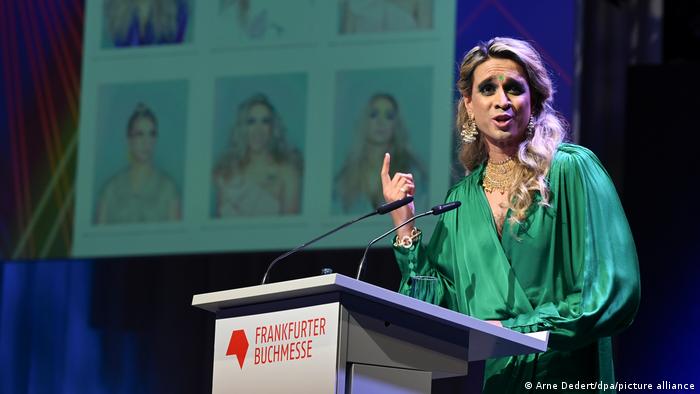 That's surprising. What do you mean?

In I am Afraid of Men I try to address a range of masculinity. So it's not just cismen or straight men, but I talk about my experiences with gay men and about my experiences with women. I think it's important for us to have a multi-faceted approach especially when we're talking about issues like patriarchy and misogyny. So, yes, in some ways, we are more attuned, but in other ways, we have learned the same biases as a lot of other people.

For example, I also identify as bisexual and a lot of straight people were actually very open-minded when I was in a bisexual relationship, but Queer people were very judgmental. I know a lot of gay men who are very uncomfortable around lesbians. And with a lot of it, misogyny is at the root. We don't talk enough about sexism [within the Queer community].

And finally, what do you love about being Queer?

I think one of the things about being Queer is that it is so wonderful that you learn to build family outside of the biological family. Family for me doesn't just mean 'blood,' and one of the hard things of the pandemic has been that it has forced people to stay among their biological families and that we were not able to see our extended, chosen families. That's one of the things I love about being Queer, that we build families differently.