South Asia′s LGBT Muslims turn to social media for support | Asia| An in-depth look at news from across the continent | DW | 18.01.2021

As a sexual minority within a conservative religion, LGBT+ Muslims in South Asia are supporting each other on social media platforms in a climate of fear and discrimination. 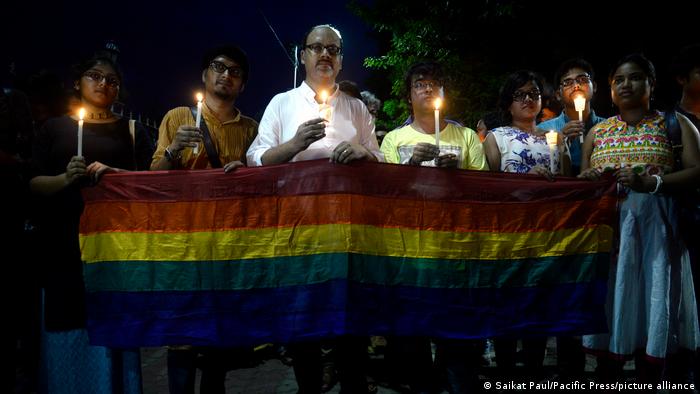 Being openly homosexual in Bangladesh can be dangerous

Shahamat Uddin moved to the United States recently to look for a better future after living in fear for his life as a marginalized gay man in Muslim-majority Bangladesh.

The numerous instances of violence and persecution of the LGBT+ community in Bangladesh shocked Shahamat.

The murder of Xulhaz Mannan in 2016 was perhaps the most disturbing incident. Mannan and another LGBT+ activist, Mahbub Rabbi Tonoy, were hacked to death in Mannan's apartment by men armed with machetes.  Al-Qaida in Bangladesh eventually claimed responsibility for the murders.

Mannan had founded Bangladesh's first, and only, LGBT+ magazine, Roopbaan. 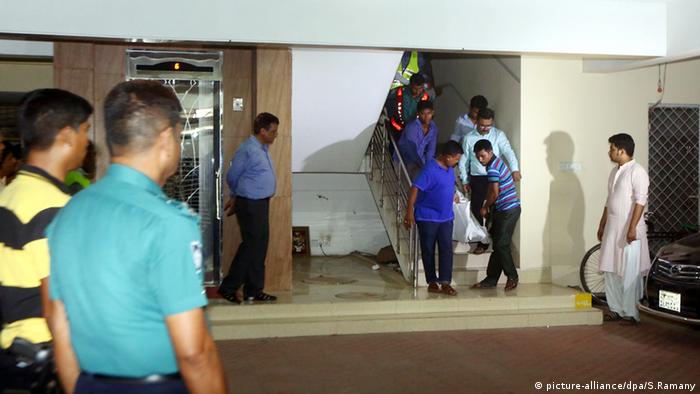 The body of Xulhaz Mannan is removed from his apartment

The attack forced many members of Bangladesh's LGBT+ community to go into hiding or flee abroad after religious extremist groups published their names on a "hit list."

Mannan's advocacy for LGBT+ rights had inspired Shahamat deeply. He, too, wanted a platform where he could express himself freely. Eventually, Shahamat stumbled upon an online community of Muslim LGBT+ individuals from South Asia called "The Queer Muslim Project."

"To be Queer is to be a political troublemaker. I love you Xulhaz and it is because of you, I know why God would make us Brown, Muslim, Queer - troublemakers," reads one of Shahamat's posts.

The project is an online series of testimonies that caters to all LGBT+ Muslims in South Asia. 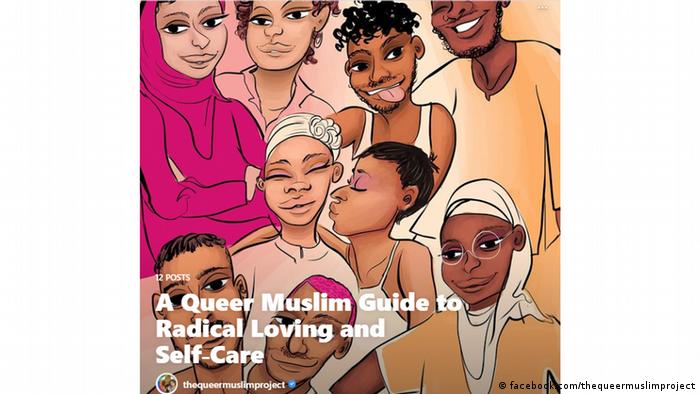 Rafiul Alom Rahman, a former scholar of sociology from the University of Texas at Austin, started the project in 2017 when he was studying the intersection of religion and sexuality. He dropped out of the Ph.D. program and came back to India to set up the platform.

"There is very limited space in mainstream Islamic theology to talk about gender and queer rights. So, I wanted a space where queer Muslims could come together and exchange ideas within the space of faith," he told DW.

This space is not limited to social media. There are workshops, consultations and meet-ups where community members share experiences.

Before the coronavirus pandemic, some of the events took place in India's capital, New Delhi. But they now mostly happen over video conferencing from around the world.

"It has been an eye-opener. When we heard people's powerful and heartbreaking stories of being at odds with their identity, we realized there was a need for mental health support and community space," said Rahman. 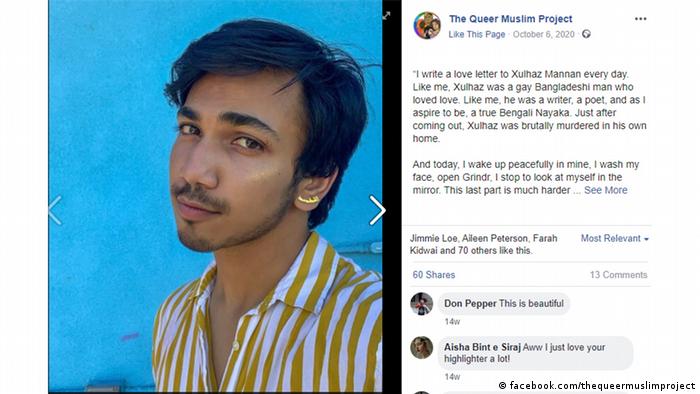 'A place I could belong'

One such meeting was an eye-opener for Kabir (name changed), who is a university student in New Delhi.

"'Homosexuality is a sin.' I grew up hearing this. I would go to the mosque to pray and couldn't help feeling attracted to other boys. It caused me extreme guilt and I felt lonely," Kabir said.

He said his inner conflict and loneliness took a toll on him. He would feel withdrawn and didn't particularly do well in social situations.

"I came across the Muslim queer community potluck event during Ramadan. I was intrigued and scared but somehow mustered the strength to attend it. It was a revelation to find people like me, a place where I could belong," he told DW.

The camaraderie and support from the community helped Kabir to come out to his parents who belong to a moderate Muslim household.

"I expected a hysterical reaction from my parents after I broke the news to my mother. It was overwhelming and she broke down in tears, but she held me close and hugged me. I was just relieved to be accepted," he said.

Kabir said he no longer feels in conflict with his religion, and that conservative members of the community should understand that diversity makes the faith stronger.

"It took me more than two decades to understand myself so I don't expect everyone to understand it easily. It is a process," said Kabir.

However, the project has received flak from conservative quarters and is trolled regularly. 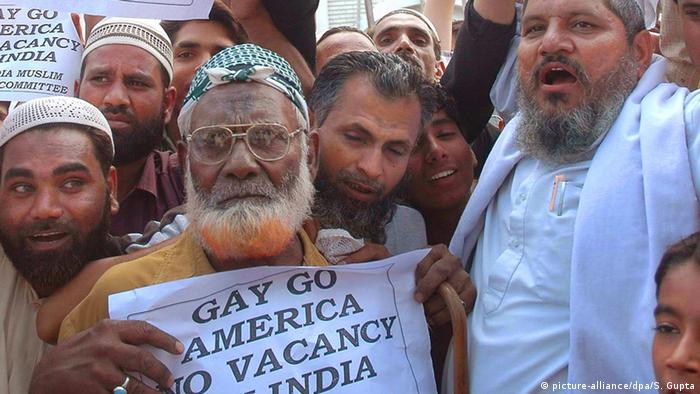 "Recently, a conservative Muslim group called us out publicly in a homophobic manner. Some go on to call us an aberration and an insult to the religion. This is the usual reaction from people who don't take any initiative to understand us," Rahman said.

Sometimes the larger LGBT+ community is not pleased with the group either. They feel a special focus on religion divides the community. The group is often accused of appeasing Muslim right-wingers.

"We are suspected of being either conservative or extremists. But we are operating from a place of critical engagement with faith. There are gay imams now. Some mosques are accepting LGBT members," Rahman said.

Exposing this complex identity remains a double-edged sword. More visibility could put people at risk. The project also wants to expand to regions beyond cities and languages other than English.

The growing community has members from across the Islamic world in countries like Pakistan, Malaysia, Indonesia, Iraq and Bangladesh. Rahman says they still have a long way to go.