German industrialists have called for the faster inclusion of asylum-seekers into training and jobs in Germany. Their appeal precedes a meeting next Thursday of federal and regional officials to review refugee policy. 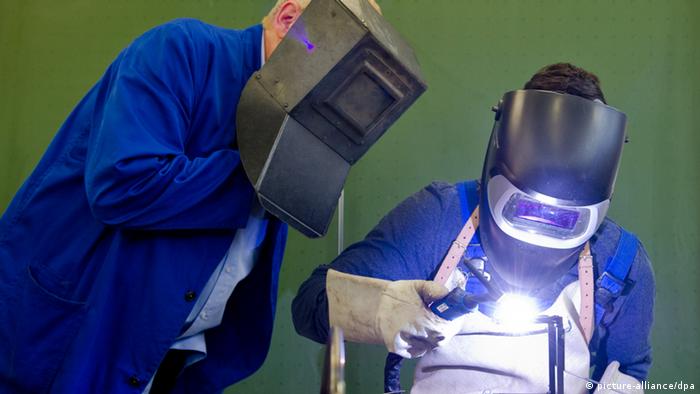 German business leaders on Monday challenged lingering aversion to immigration, even to the extent of saying asylum-applicants should be offered training despite the risk of eventual deportation. 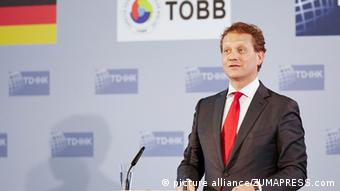 Trainees should be allowed to stay, says Schweitzer

Eric Schweitzer, the president of Germany's DIHK chambers of industry and commerce, told the German news agency DPA that "asylum-applicants with residency perspectives and those whose stay is officially tolerated and who have begun training should be able to complete it without fear of being deported."

"Many people, who have come to us to flee war and displacement, will remain long-term or forever," Kramer told DPA.

"It is in the interests of all, to do everything, so that these persons can be integrated quickly into the labor market," he said, echoing remarks made last December by BDI Federation of Industry president Ulrich Grillo.

Job market access is a central topic of a Berlin conference on Thursday between the premiers of Germany's 16 regional states or Länder and Chancellor Angela Merkel.

Last week, the federal government decided to double its funds for asylum-seeker care to one billion euros ($1.2 billion). 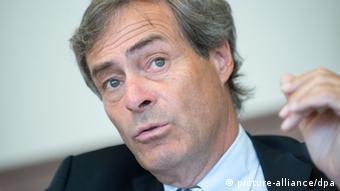 Kramer on Monday said the time authorities took to decide on asylum applications should mean a standstill in terms of a person's biography.

"Many young people, who come to Germany as minors, are not only willing but also especially motivated to complete a training course," he said.

"Likewise, there are many enterprises which are searching desperately for young people for vocational training," he added.

That was why the residency status of applicants who found training positions or apprenticeships must be put on a fundamentally secure basis, Kramer said, adding that training entry rules must be improved.

Kramer and Schweitzer also called for accelerated asylum procedures to be coordinated by federal and communal job centers.

"We want to ease access to internships for refugees and to ensure that a training course once begun can be completed," she said.

"At the conclusion of a successful training course every such individual should be allowed to remain in Germany," Nahles said.

Germany unemployment, officially at 2.7 million or 6.3 percent of the registered workforce, has sunk to its lowest level since 1991 while employers decry a shortage of vocational trainees. 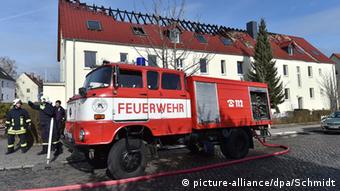 Germany's federal labor agency based in Nuremberg said early this month that German job centers had listed 366,000 job seekers from crisis countries. That was 49,000 more than last year, and more than half were from Syria.

The number of fresh asylum applications is expected to more than double this year to around 450,000, according to German federal government estimates.

Many arrived with qualifications

Federal agency head Heinrich Alt said earlier this month that half of the refugee applicants had academic or vocational qualifications. The hurdle, however, was acquiring German language competency, he said.

He urged the Bundestag parliament to further shorten the waiting period for applicants before being entitled to receive agency assistance. From 2016, the period has been set at 15 months. Alt pleaded for an interval of only six months.

Nahles on Monday said all refugees with a prospect of staying should be offered German language courses financed from a federal funding program.

The human rights commissioner of the Council of Europe has called on the German government to step up efforts to fight xenophobia. Nils Muiznieks has said there are "clear signs" of increasing intolerance. (11.05.2015)

Amnesty International has criticized the German government for lacking a clear policy to combat racism at its annual meeting in Dresden. The rights group is currently documenting racially motivated attacks in Germany. (23.05.2015)