A restricted welcome for immigrants in Germany | Germany | News and in-depth reporting from Berlin and beyond | DW | 06.03.2015

A new study shows that Germans are becoming more mature in their treatment of immigrants. But there are regional differences- Germans from the east are more skeptical than their Western counterparts. 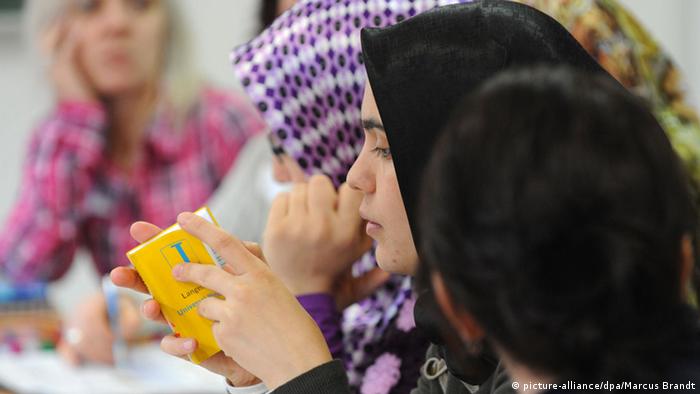 For a long time, the subject of immigration sounded exotic in Germany. It was something that people associated with the US, for example, but that somehow didn't suit Germany. Demographic reality and the need for a skilled workforce have changed the debate.

The number of immigrants has been growing for years, as has their acceptance, according to a representative survey of approximately 2,000 Germans over the age of 14. And nowadays immigrants are no longer merely seen as useful workers but also as new compatriots, true to the Canadian immigration motto, "Immigration is about citizenship - not just about labor." It may sound like a new credential but this clearly has to do with a new culture of welcoming people.

Now that Germany has become a popular destination for immigrants, the subject has gained exposure and traction, but the political correctness involved also has a concealing effect. 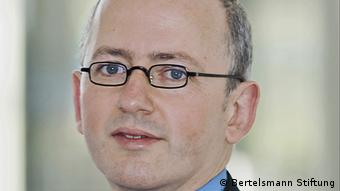 Immigration has been perceived as problem for a long time. Discussions about Germany becoming an immigrant country always revolved around old adages about the fear of foreign infiltration, fear about the growing burden on the welfare state and vague concerns about crime rising with immigration. But the mood is changing.

"Some 10 percent more of Germans - in the population and in official government offices - welcome immigrants more than they did before 2012," says Franco Zotta, project manager of the study commissioned by the German Bertelsmann Foundation. This is mostly due to the lack of skilled workers and demographic changes that have taken hold in German society. "And immigration is one of the few options of reacting quickly," said Franco Zotta, speaking to DW.

Acceptance in the West, reservations in the East

About half a million immigrants came to Germany in 2013 and have stayed. Only the US had more immigrants. And even at the more regional level, German states are popular immigrant destinations - every third immigrant from the EU goes to Bavaria, Hesse or Thuringia.

Germany's magnetic effect on immigrants is met with more skepticism in the eastern part of Germany than in the western part. Almost every other person between Dresden and Rostock believes that immigrants are not welcome in Germany. Compared to that, only a third of those surveyed in the West were of the same opinion. 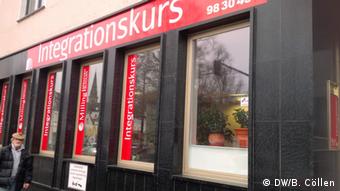 Integration courses for immigrants are big in Germany

Franco Zotta views the East German reservations as a result of scarce opportunities for encounters with immigrants. "About 96 percent of people with a foreign background live in the western part of Germany and about four percent in the East. There is a lack of contact with immigrants in the East and there are very few positive experiences with co-existence."

And that is a problem because the East will have to rely on immigrants in the medium term and long term because of the declining population there. The effects of demographic changes have been underestimated, according to the authors of the Bertelsmann study.

The study also found that 28 percent of those polled believe that over the next few decades, Germany's population will shrink by a maximum of one million people without immigration. The figure stands in sharp contrast to estimates by Germany's statistics office that forecast a drop of 20 million by 2060.

Bureaucratic Germany has to react

If immigration and integration are to be successful, German authorities cannot simply make demands on the newcomers, according to the study. Almost 80 percent of Germany's new arrivals would like to have their high school diplomas, university degrees and training certificates recognized in Germany.

Also, German authorities should help immigrant workers bring their families to Germany instead of hindering them. And last but not least, dual citizenship, a never-ending topic of discussion, is one of the keys to maintaining Germany's appeal to immigrants in the long run.

Tolerance and diversity are integral values of German society. With "We are Germany," Deutsche Welle is taking action to defend these values and speak out against social prejudice. (04.03.2015)