A German politician previously banned from appearing at Augsburg's town hall has won a legal victory. A court has lifted the ban, clearing the way for the politician to deliver a planned speech. 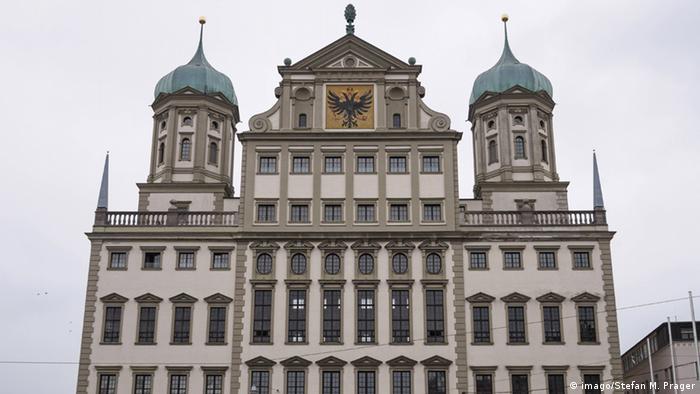 On Wednesday, a court overturned a decision by the mayor of Augsburg to bar Frauke Petry, head of the Alternative for Germany (AfD) party, from speaking at a planned engagement put on by her party at the Augsburg town hall.

In an interview with the "Mannheimer Morgen" newspaper at the end of January, Petry argued for comprehensive controls to prevent unregistered asylum seekers from crossing Germany's borders. 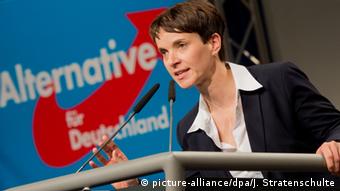 She said German border guards "must prevent illegal border crossings and even use firearms if necessary."

In response, Augsburg mayor Kurt Gribl said her comments were unconstitutional and, therefore, she would not be allowed to give a speech in the historic town hall scheduled for Friday.

However, after the matter was brought before a court by two Augsburg city council members from the AfD, the court ruled that a ban was only justified if it prevented a disruption to public order or the operation at the town hall. Petry's appearance did not pose such a threat.

Her comments were echoed by other members of the AfD, which resulted in a widespread backlash against the party. German Vice Chancellor Sigmar Gabriel called for the party to be put under surveillance by intelligence services.

Leaders of the right-leaning AfD Party are under attack over their remarks arguing it was okay to shoot illegal migrants at German borders. A party deputy now explained the use of firearms against children was not okay. (01.02.2016)