Leaders of the right-leaning AfD Party are under attack over their remarks arguing it was okay to shoot illegal migrants at German borders. A party deputy now explained the use of firearms against children was not okay. 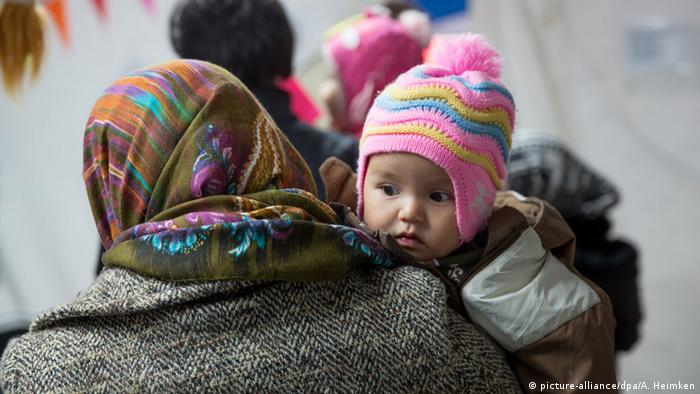 Alternative for Germany (AfD) leader Frauke Petry triggered outrage last week by suggesting police should have the right to shoot illegal migrants at the border "if necessary."

The idea was echoed by her deputy Beatrix von Storch. When she was asked on her Facebook page on Saturday whether German border guards should use weapons against illegal female refugees with children, she answered with a clear "yes."

But in the face of outrage across the political spectrum she decided to water down her comments:

"The use of firearms against children is not permitted," von Storch said, before adding that "women are a different matter."

"The use of weapons against them can therefore be permitted," she wrote "within the narrow legal framework."

The issue first arose in an interview with AfD leader Frauke Petry in the "Mannheimer Morgen" newspaper, in which she said German border guards "must prevent illegal border crossings and even use firearms if necessary." 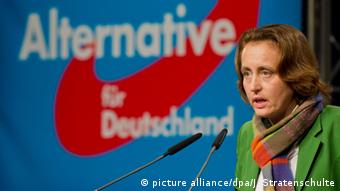 "We need comprehensive controls to prevent so many unregistered asylum seekers from crossing the border," Petry told the German newspaper.

Petry's partner and AFD regional chairman in North Rhine-Westphalia, Marcus Pretzell, also said he wouldn't rule out the use of firearms as a last resort to prevent illegal immigration.

A backlash of criticism against the AfD ensued, with German Vice Chancellor Sigmar Gabriel calling for the party to be put under surveillance by intelligence services.

In Germany, Gabriel said, there used to be a clear rule: "We do not help parties that oppose the free democratic basic law of our country to spread their propaganda."

The Social Democrat (SPD) leader said there were "huge doubts" that the AfD stood for the democratic principles Germany was founded on.

"It's statements like these that poison the social climate in Germany and reveal the AfD's radical ideas," Straubinger added.

Many critics were also quick to warn against repeating mistakes in the country's history, referring back to the time when the Nazis came to power on a xenophobic platform. 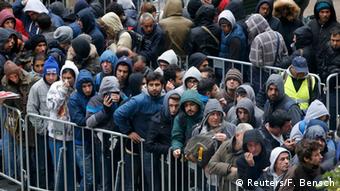 More than one million refugees arrived in Germany in 2015

"Whoever wants to deploy such methods clearly wants to suspend the rule of law," said Jörg Radek, head of the police union GdP.

"We have already seen that over the course of German history, and we don't ever want to go down that road again," he added.

"The last German politician shooting at refugees was Erich Honecker," Oppermann added. Honecker led former East Germany from 1971 until the fall of the Berlin Wall in 1989.

Sigmar Gabriel has called for the right-leaning Alternative for Germany (AfD) party to be watched by intelligence services. AfD's leader Frauke Petry said police should have the right to shoot at migrants. (31.01.2016)